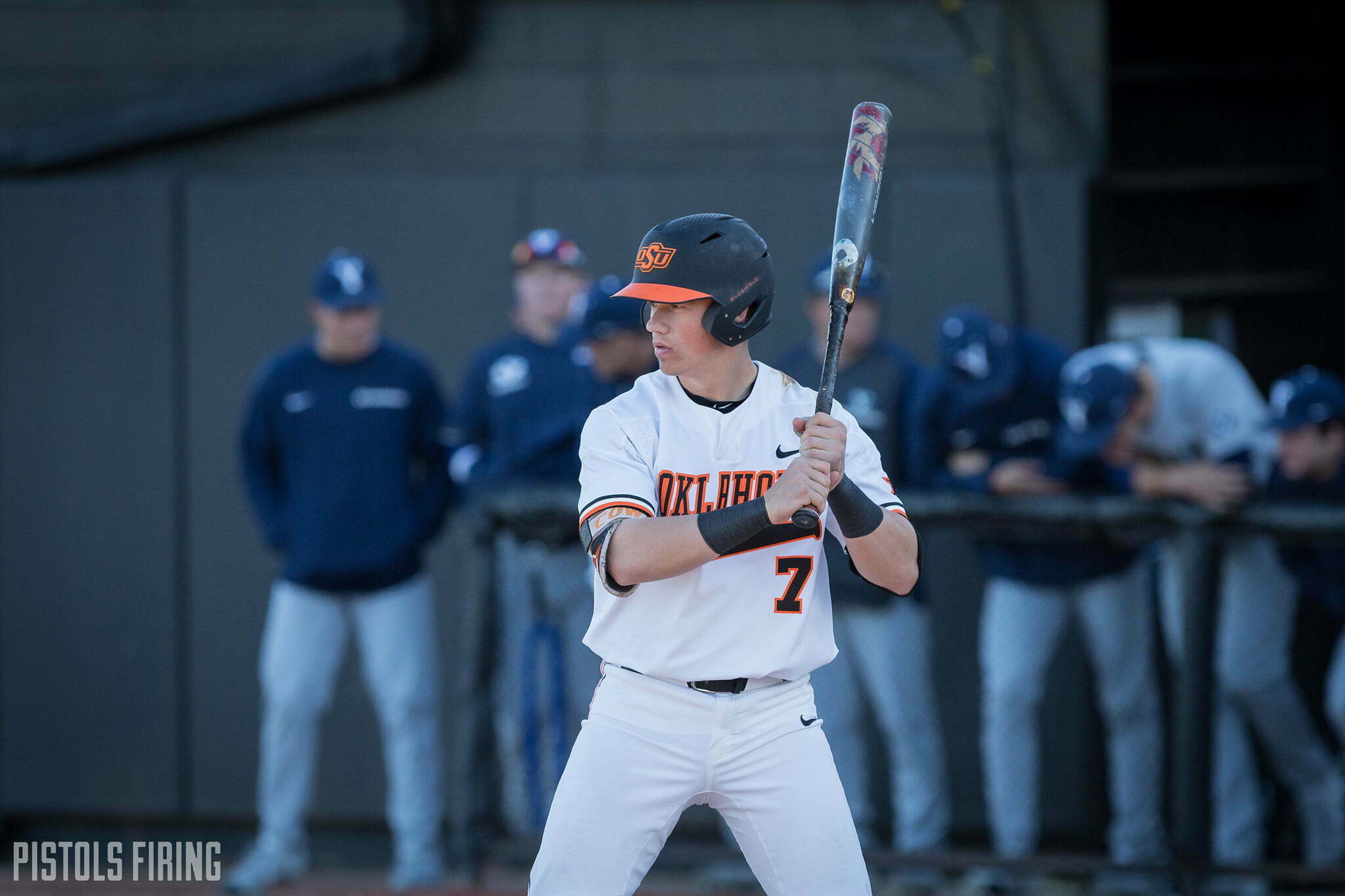 The Cowboy bats went 12 innings without scoring a run, but they woke up Monday afternoon.

Oklahoma State beat Wichita State 14-6 in Wichita on Monday. In Sunday’s season-opening victory, the Cowboys scored all of their runs in the first inning, and Monday the Pokes were held scoreless until the fourth when the Pokes started to pour them on.

The offensive onslaught started in the fourth inning with the Pokes down 2-0. The inning started with third baseman Christian Encarnacion-Strand doubling to left-center. Brock Mathis promptly brought him in with a double to left.

Hueston Morrill scored Mathis in OSU’s next at-bat. Freshman Dom Johnson kept the hot streak going with an infield single before Matt Golda walked. OSU’s first five batters of the inning got on base before Caeden Trenkle struck out. After the strikeout, Nolan McLane drew a bases-loaded walk.

Then after an Alix Garcia strikeout, Jake Thompson hit a two-RBI single to give the Cowboys five runs in the fourth inning. The Shockers finally got off the field when Encarnacion-Strand popped out in his second at-bat of the inning.

Encarnacion-Strand hit the first home run of the Cowboys’ season when he hit a three-run shot to left-center in the seventh inning. Max Hewitt wasn’t far behind, hitting a two-run home run in the eighth.

Encarnacion-Strand finished the day 3-for-5 with the three RBIs. He is a junior college transfer from Yavapai. Through two games, he is 4-for-9 (.444) with two doubles and a home run.

McLean, a highly touted prospect, made his debut Monday as OSU’s DH. McLean is a two-sport athlete, as he is also a quarterback on Mike Gundy’s football team. He had an interesting debut, as he was 0-for-3, but he got on base three times. He drew two walks and was hit by a pitch and finished with an RBI and a run scored.

Bryce Osmund got the start on the mound for the Pokes. He threw four innings where he allowed two runs on five hits, walked two and struck out four.

OSU used four arms out of its bullpen. That group combined to give up four runs off five hits while striking out six.

The Cowboys are set to open O’Brate Stadium at 4 p.m. Wednesday against Little Rock.