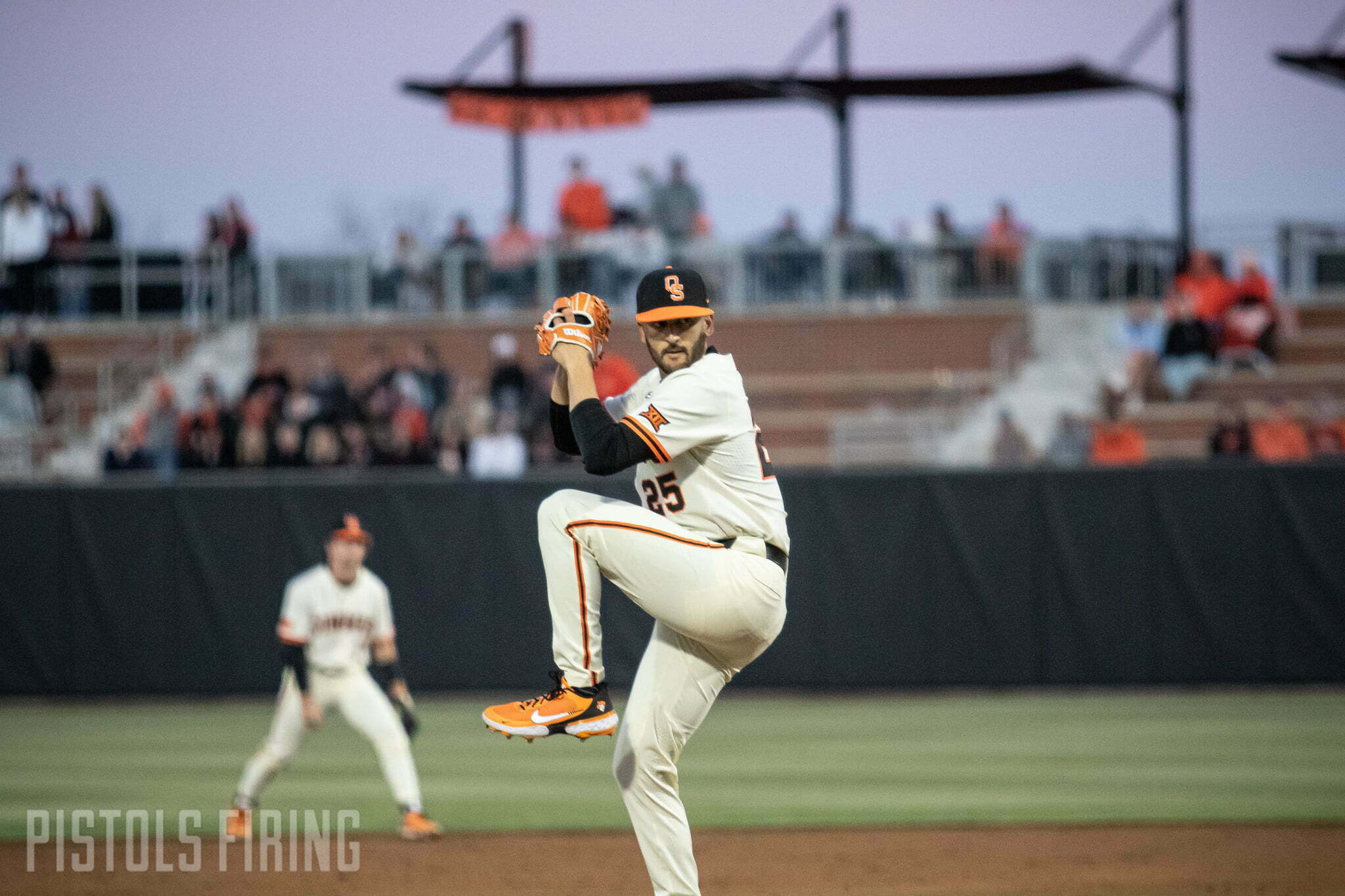 On Friday, it took a near historic performance from the mound for Oklahoma State to beat BYU. On Saturday, the Cowboys depended on their bats.

The No. 6 Cowboys defeated the Cougars 8-5 at Globe Life Stadium in Arlington, Texas, securing the series win.

Caeden Trinkle’s (2-3) two-RBI second inning got the Cowboys on the board. BYU’s Hayden Leatham (1-5) had hit a solo home run in the first and Mitch McIntyre’s (1-5) ground-out sent a Cougar runner across the bag to tie it up at 2-2 in the bottom of the second.

The Cowboys plopped down into the driver’s seat in the fourth with a four-running inning, but they had a little help.

Garrett Martin (1-4) scored on a passed ball to put the Cowboys up 3-2 before Nolan McLean (1-4) hit a double to left-center that sent David Mendham across the bag. Chase Adkison (1-3) sent one down the left field line that scored two more Cowboys, giving OSU a 6-4 lead.

The Cougars didn’t go anywhere, scoring one in the bottom of the fourth and two in the sixth to pull within 6-5, but Jake Thompson’s (1-5) RBI in the seventh and Zach Ehrhard’s (1-5) in the ninth gave the Cowboys an 8-5 lead needing only three outs to come home from Arlington in a good mood.

One day after OSU nearly broke its own Big 12 record with 19 strikeouts, Rob Walton enlisted the help of several members of his staff with the series on the line.

Left-hander Mitchell Stone got the start, pitching two innings and striking out a pair of batters, but he also allowed two runs. Roman Phansalkar moved to 3-2 on the year with the win, pitching two innings himself and giving up a run. Bayden Root stepped in for two innings, giving up to runs. Ryan Bogusz and Kale Davis each saw an inning of action without allowing a run between them before Trevor Martin stepped in for his second save in as many days and his fourth this season. Three up, three down.

The win moves the Cowboys to 9-6 on the year and secures their third weekend series victory. OSU will be back in action on Wednesday, hosting Dallas Baptist at 6 p.m., and then starts a four-game series against Seton Hall in O’Brate Stadium on Thursday night.