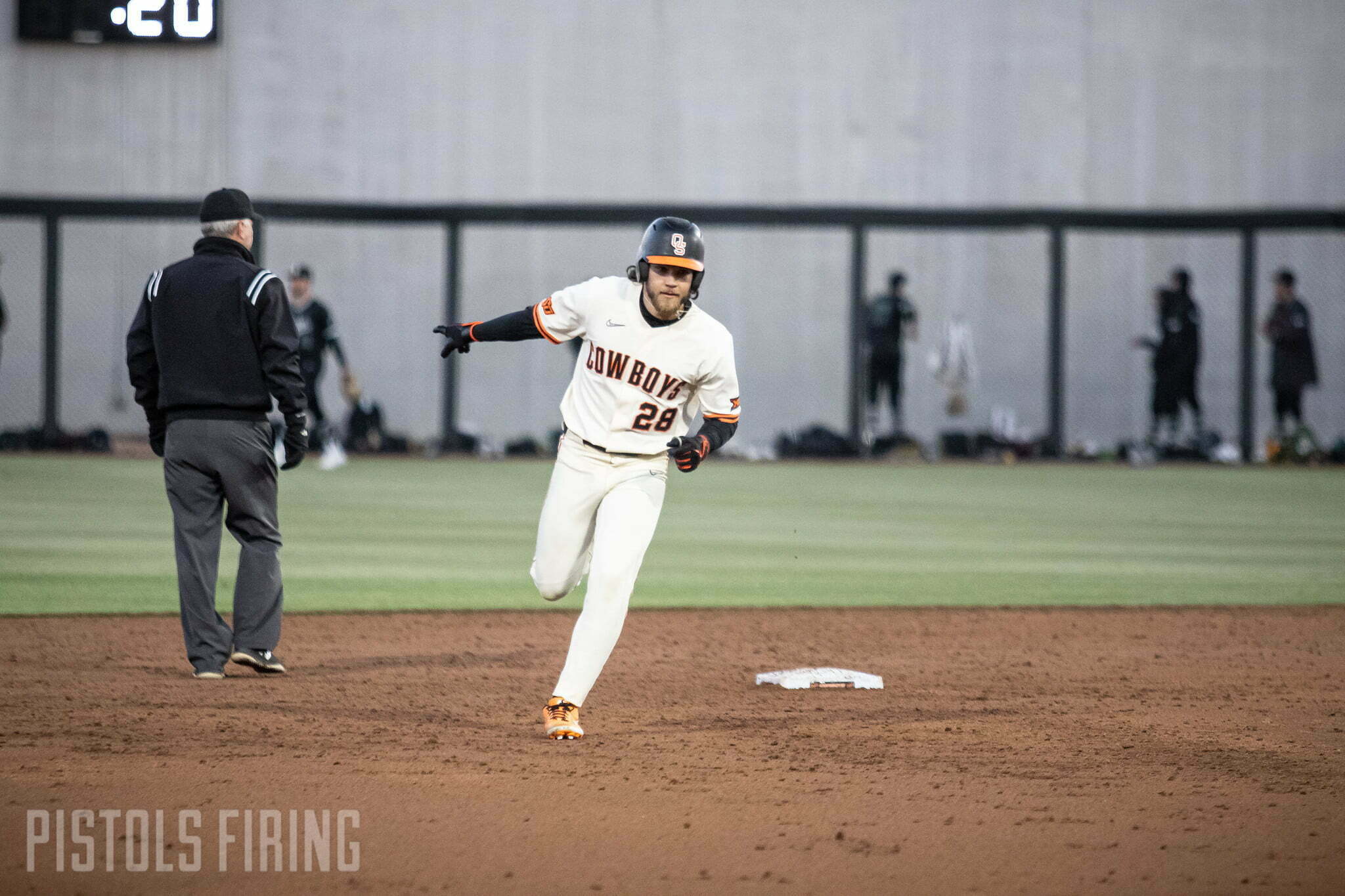 Have a day, Caeden Trenkle.

The Oklahoma State baseball team topped Arizona State 11-6 on Wednesday in Phoenix, and OSU’s third-year sophomore was the main reason the Pokes won their fourth game in a row. Trenkle, from Hillsboro, Texas, was 2-for-2 at the plate with two home runs and seven RBIs.

Trenkle hit a three-run shot to center field in the first.

Then he went opposite field in the seventh for another three-run home run.

His other RBI came in the sixth inning when he hit a sacrifice fly to left field to score Jake Thompson. That RBI gave OSU a 7-6 lead that the Cowboys wouldn’t let go of.

It was also a solid day for the OSU bullpen. Dillon Marsh got the start on the mound for the Pokes, but he got rocked early. Marsh managed only two outs before being pulled after giving up five runs off three hits. He walked three batters, but only two runs Marsh gave up were earned because of a Marcus Brown error at shortstop.

Ohio State transfer Brayden Root was the first man Rob Walton called upon. A 6-foot-2, 216-pound right-hander, Root got the win after throwing four 1/3 innings where he gave up one run off four hits while walking one and striking out two.

From there, Ryan Ure, Ryan Bogusz, Colton Bowman and Kale Davis combined to throw four innings where they allowed only two hits, no runs, no walks and struck out three.

This win moves OSU to 6-2 on the season. The Cowboys host Gonzaga in a three-game series this weekend at O’Brate Stadium. Friday’s first pitch is schedule for 4 p.m.