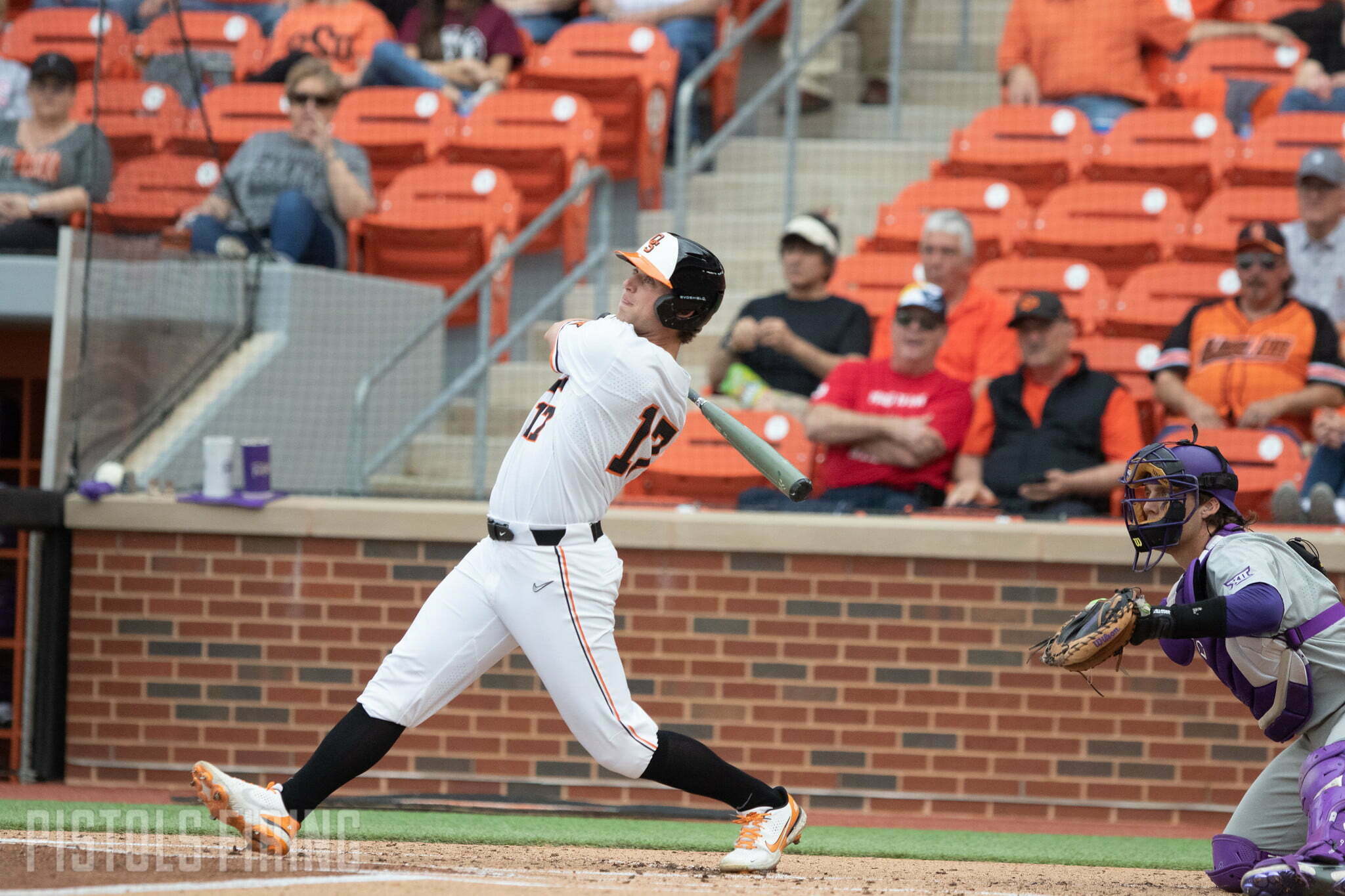 Nolan McLean was one out away from the save, but Dallas Baptist’s Blayne Jones only needed one pitch.

The No. 3 Cowboys fell to the Patriots 8-7 by way of walk-off on Tuesday night, ending the Pokes’ win streak at seven. It was DBU’s first walk-off win of the year and extended its string of victories to six.

It was a back-and-forth contest throughout that favored both offenses. The teams exchanged leads six times and each used six pitchers on the mound.

OSU had 13 hits on DBU pitchers led by Zach Ehrhard, who was 3-for-5 at the plate. The Pokes were first on the score board thanks to a sacrifice fly by Griffin Doershching in the top of the first that scored Roc Riggio. DBU would answer with a Cole Moore RBI double to take a 2-1 lead.

After each team added a run in the second, the Cowboys tied it at 3 in the third thanks to Jake Thompson’s 11th home run of the season.

The Cowboys went up 5-3 in the fifth when Aidan Meola’s double sent Marcus Brown across the [;ate, and then Ian Daugherty’s single sent Meola to home plate. The Patriots answered with three runs in the sixth to take a 6-5 lead.

In the seventh, David Mendham went yard himself to even things up.

Then in the eighth, Doersching took the lead back with this hopper down the left field line, scoring Riggio.

McLean, now 1-1 on the year, came in looking for his second save of the season but one pitch can make a world of difference. With two outs and one Patriot walked — and nursing a one-run lead — McLean’s pitch to Jones would land outside the park, ending the Cowboys’ win streak.

With the loss, the Cowboys fall to 34-14 on the year but still hold the Big 12’s top spot at 13-5 in league play heading into their a weekend series against Texas Tech in Stillwater. The Cowboys will end their season the weekend after with a three-game series against Baylor in Waco.