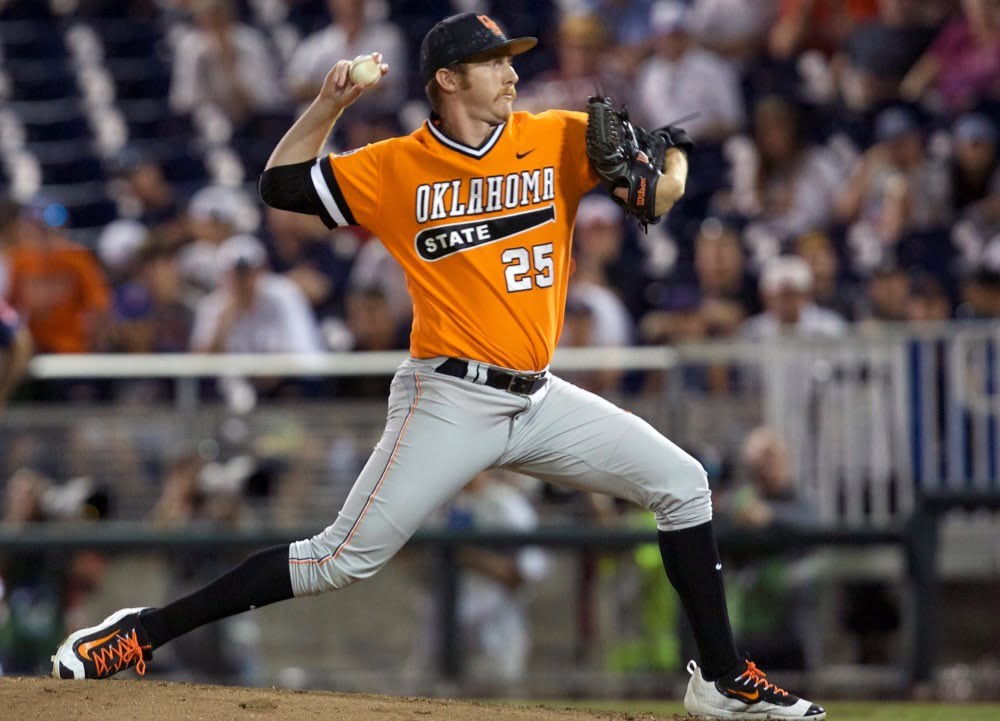 Senior pitcher Trey Cobb will make his season debut at some point this weekend during the Oklahoma State baseball team’s first home conference series vs. West Virginia, he and pitching coach Rob Walton told the O’Colly. Cobb has been out with a broken bone in his elbow, he told the O’Colly.

Cobb earned Big 12 Honorable Mention honors last year, making 24 appearances and 12 starts. His proven arm should help bolster a pitching rotation that has been performing relatively well in the absence of starters Jensen Elliott and Parker Scott. Walton told the O’Colly he is excited to see the full potential of the pitchers on the roster.

“If we were at full tilt, you’re feeling a lot better going in,” Walton said. “As a coach, you’d like to see what the potential could be if everybody’s in the right roles.”

CCoach Josh Holliday said the whole group is excited to just move past that dreary series against then-No. 5 TCU, in which the Cowboys were swept after being tied in the sixth inning in both of the first two games.

“There’s really no time to have feelings,” Holliday said. “You gotta go back to work, embrace the challenges because if you were feeling good or bad, no one would care.”

OSU’s non-conference tilt with Wichita State was cancelled because of the rain that pour on Stillwater on Tuesday. Holliday said the cancellation neither helped nor hurt the Cowboys. He said while it took a day of competition away, it added a day of training.

“Sometimes games (are) how you turn the momentum,” Holliday said. “If you’re working on something, maybe it gave you a day to work on it without having to deal with the outcome.”

Although OSU sits 0-3 in Big 12 play, Holliday said the guys have kept an up-beat attitude around the locker room. He said the group is embracing the challenge of a season that has already seen so much turbulence.

The Cowboys have lost nine games. On March 31, 2016, they had lost seven. This group is dealing with injuries, youth development and rotation patterns because of those first two. Cobb’s return should help settle all of those, but the challenges remain, and the mindset remains, Holliday said.

“This is pursuing, trying to be the best that we can be, and every single day, you do that as best you can,” Holliday said. “Some days the results are in your favor, some days they’re not, but if the process is good and the kids are invested in doing the right things, you just stay true to the process, and you ride that out until you find yourself where you want to be.