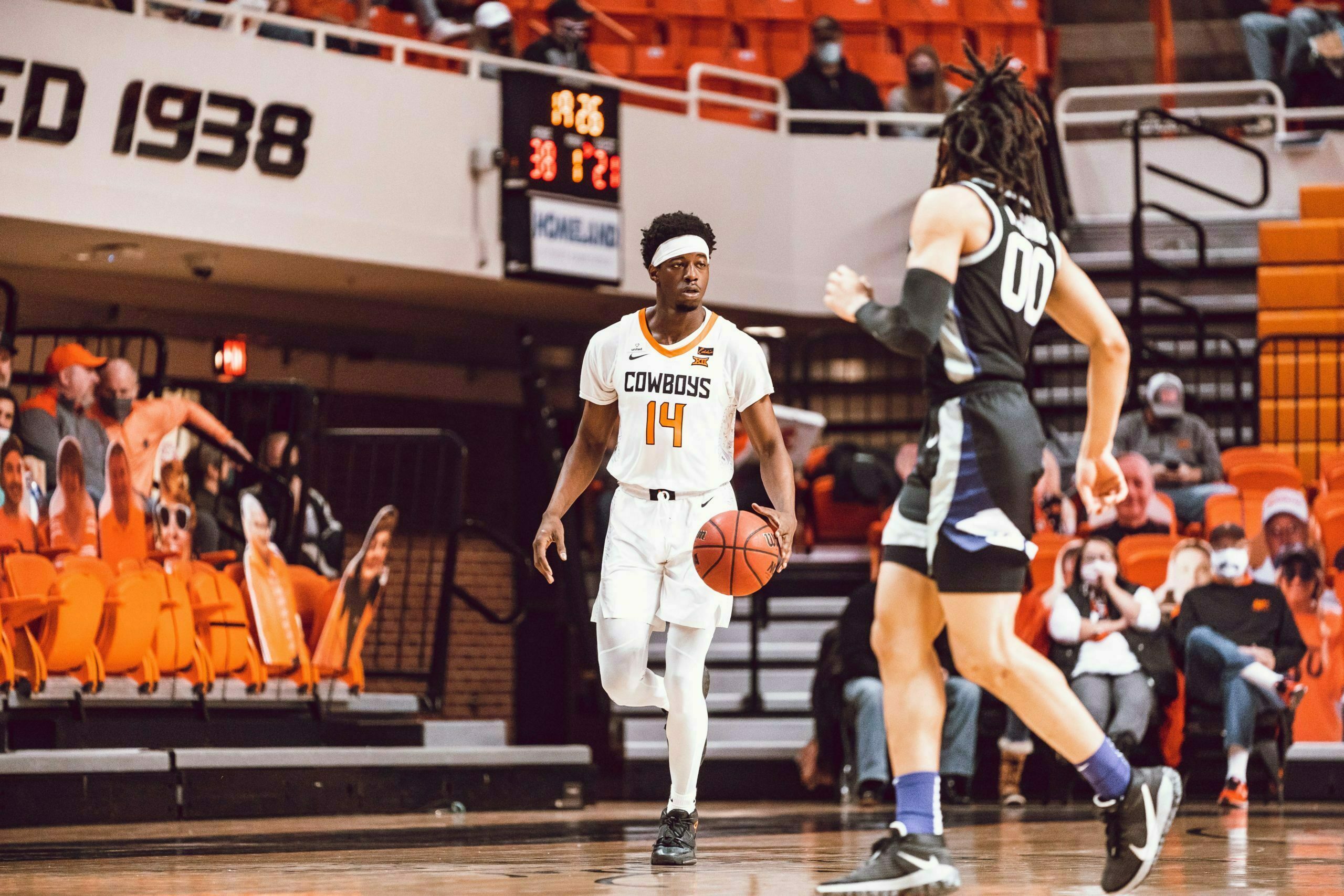 Oklahoma State basketball player Bryce Williams was charged with operating a motor vehicle while driving under the influence of intoxicating liquor. The Oklahoman‘s Jacob Unruh first reported the news.

The incident happened early Sunday morning, according to court records. He was charged on Monday. An OSU spokesperson confirmed to PFB the school is aware of the incident, but the basketball program does not have a statement at this time.

According to Unruh’s report, Williams was pulled over at 2:09 a.m. Sunday and was arrested when his breath alcohol content was a 0.09, above the state’s legal limit of 0.08.

A 6-foot-2 guard from Florida, Williams transferred to Oklahoma State ahead of last season from Ole Miss. He played in 28 games for the Cowboys last season, starting 19. He averaged 7.3 points a game. Also a tenacious defender, Williams made game-sealing steals against Texas Tech and Kansas.

Williams announced this summer that he would take advantage of a COVID-eligibility waiver to return for an extra season.