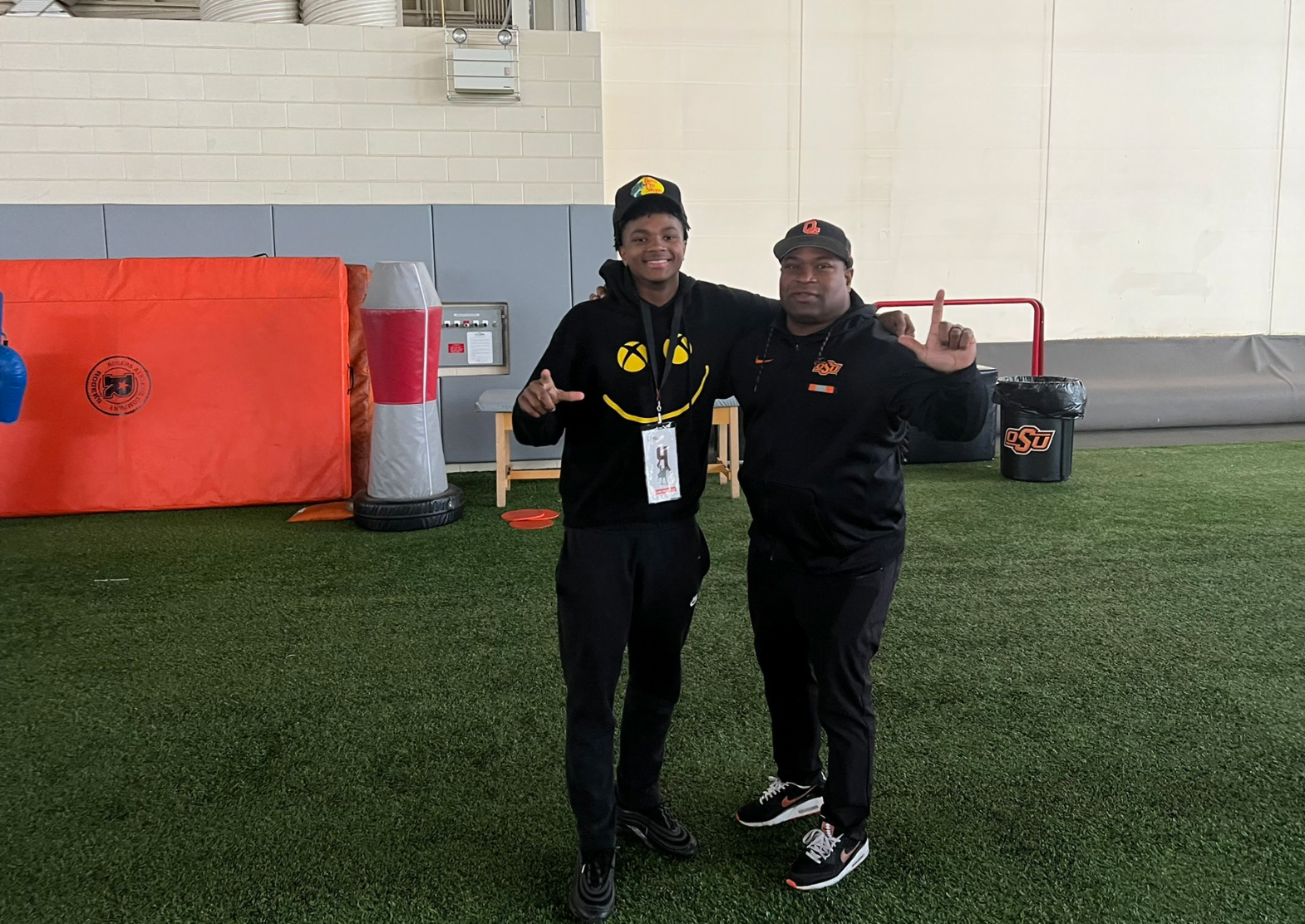 Quite often, the recruiting star changes that stick with OSU fans are those of disrespect — a kid commits to OSU and then goes from a four-star to a three-star, or decommits from OSU and commits elsewhere and jumps from a three-star to a four-star — but new Pokes pledge Jelani McDonald is helping rewrite that narrative.

McDonald committed to OSU at the beginning of July as an unranked prospect in the 2023 class with only a handful of offers (Arkansas, Colorado State, SMU and Texas Tech). When 247Sports updated its rankings this week, though, McDonald shot up significantly both in the Composite and in the 247Sports rankings. Even his initial post-commitment ranking saw a big hike. Here’s a look at the trajectory. (Note: he committed to OSU on July 1.)

The bump makes McDonald the highest-rated recruit in OSU’s 10-man 2023 recruiting class and leapfrogs him over QB commit Zane Flores, who has had an outstanding offseason with strong showings at both Rivals camps and at the Elite 11 Finals. (Flores got a small bump but remains a highly ranked three-star at this time.) The rest of OSU’s class mostly remained the same, though Ricky Lolohea and Poasa Utu moved down a smidge overall.

OSU’s 2023 class is ranked just 53rd nationally and ninth (out of 10) in the Big 12 this cycle, which is unlikely to change significantly even if current commits continue to rise up rankings and OSU adds more to its ranks. That’s in part because this class is likely to be a small one in comparison to most. Mike Gundy said at Big 12 media days last week that they may only take a few more in this class and likely won’t touch the traditional 25-man class.