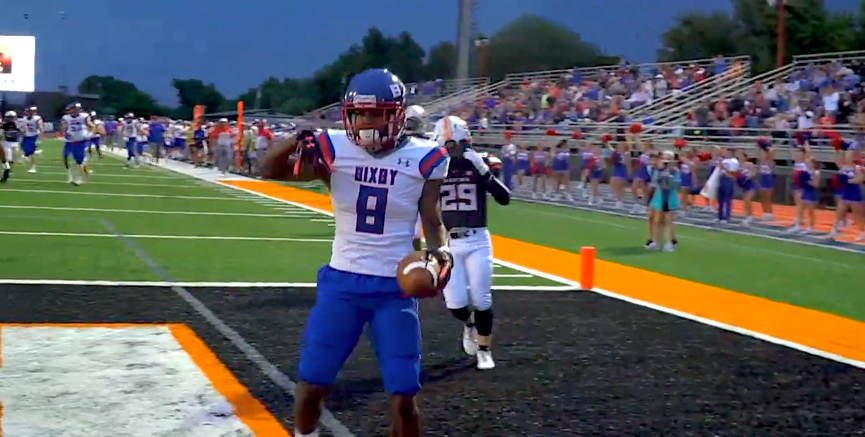 Presley continued his hot start to his senior year by finishing with three catches, 155 yards receiving and three scores. Ahead of Saturday’s game, he even threw down a nice horns down as he found paydirt on one score.

Reagan finished with an interception, which he converted for a pick-six going the other way.

Presley’s big day puts him in some pretty elite company nationally. He has 536 yards receiving through three games, which ranks in the top 10 among high school players. With his three-touchdown showing, he now has 11 receiving touchdowns, too.