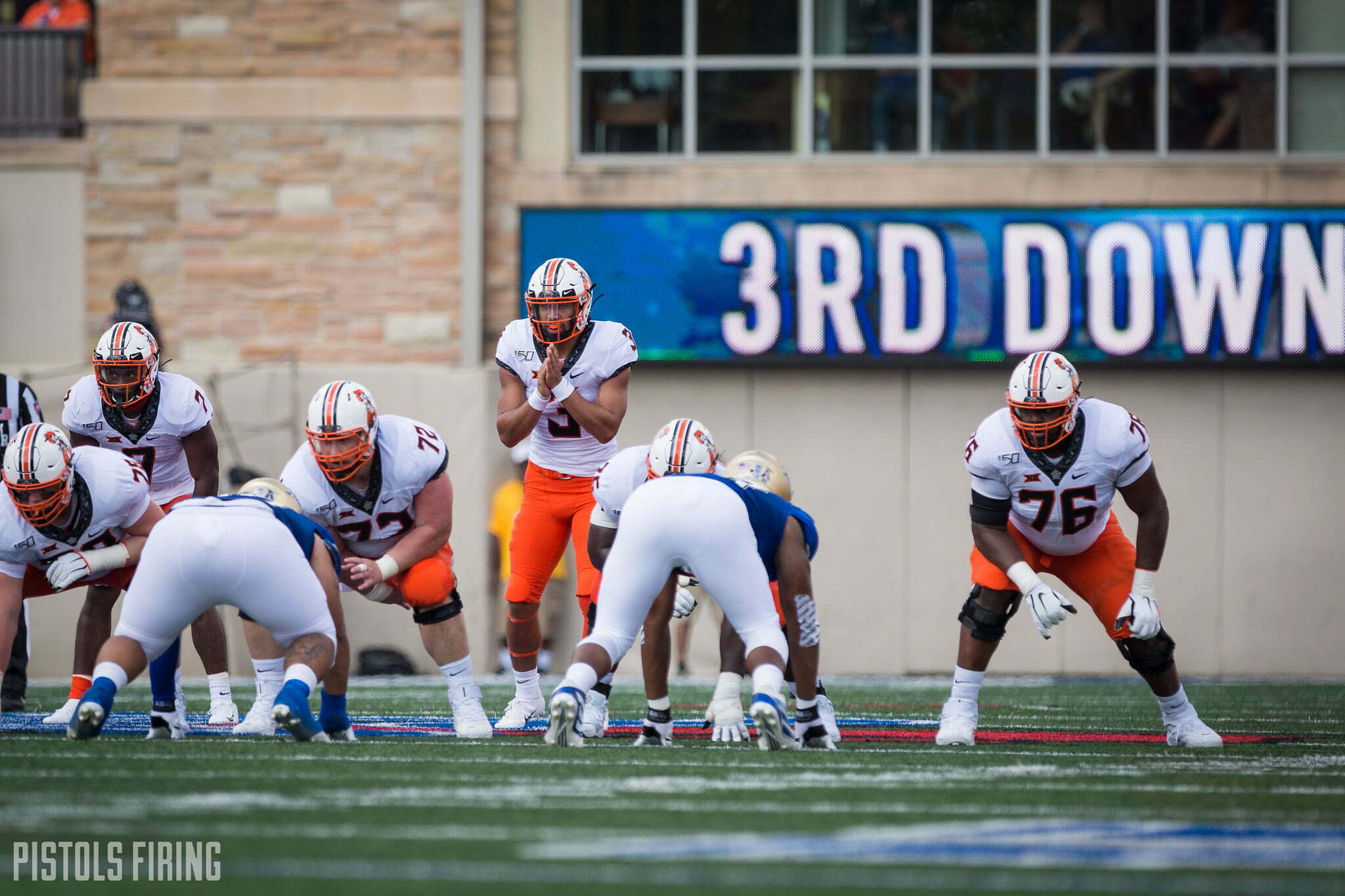 Spring practice is officially in the rearview which means that we’ve entered that long summer sports drought. To quench your thirst for college football, let’s peek forward at the Cowboys’ 2021 schedule, starting with their nonconference opponents.

Last season, a pandemic kept both Oregon State and Western Illinois from visiting Stillwater and limited the Pokes to a single nonconference test against Tulsa.

At this point, the Stillwater JV squad would get fans’ blood pumping, but fret not. The Cowboys actually have a pretty respectable trio of opponents to open against.

Okay, hear me out: Missouri State might not be formidable but it’s the perfect noncon filler for what Mike Gundy wants to do.

The Bears are reasonably close and don’t mind making the trip to Stillwater, and they represent a beatable opponent while filling the unofficial one-per-customer FCS victim limit.

If you’re gonna schedule a cupcake, make it a slam dunk. I want no more home openers against directional MAC teams.

(Me when I see that OSU is scheduled to open against Central Michigan in 2022:)

Missouri State in 2020: The Bears just wrapped up their season a couple of weeks ago, dropping a Round 1 matchup in the FCS Playoffs to North Dakota 44-10. The postponed playoffs are still going on.

After starting off 0-3 (starting with a 48-zip slaughtering in Norman to OU), the Bears’ season was put on hold due to COVID. They reconvened this February and went 5-1 to finish the regular season 5-4 and, good for second in the Missouri Valley Conference.

Missouri State in 2021: The Bears will look to continue their upward trajectory in the second year of the Bobby Petrino era. In his first season at the helm, the veteran head coach led the Bears to the program’s first postseason appearance since 1990 and earned Missouri Valley Coach of the Year.

The Cowboys will face a rematch of their lone noncon opponent last year when the Golden Hurricane heads to Stillwater for consecutive years. This will be the teams’ third meeting in three seasons.

Series History: The Cowboys hold a 42-27 edge over that other in-state team. OSU has won eight straight against Tulsa dating back to 1999. Last season, the Cowboys survived 16-7 against the Golden Hurricane in Week 1 after losing Spencer Sanders in the first quarter.

Tulsa in 2020: After the season-opening loss to OSU, Tulsa rattled off six-straight wins before falling to No. 6 Cincinnati in the AAC title game by three and then to Mississippi State in the Armed Forces Bowl by two.

Tulsa in 2021: The Golden Hurricane could be due for a step back as they replace star linebacker, first-round pick Zaven Collins, and two-year starting quarterback Zach Smith.

The Cowboys are headed to Boise, Idaho to play on that painfully blue turf for the first time in program history. It should make for a decent cap to the Pokes’ nonconference slate and is the second half of a two-game agreement that started with the Broncos’ trip to Stillwater in 2018.

Boise State in 2020: The Broncos finished 5-2 in a COVID-shortened season but said goodbye to Bryan Harsin who took the vacated head coaching job at Auburn.

Avalos brought on former UC David offensive coordinator Tim Plough to run what promises to be a high-scoring, pass-happy offense. The Broncos have some experience at the quarterback spot with returning starter Hank Bachmeier (12-2 as QB1) intent on holding off USC transfer Jack Sears.