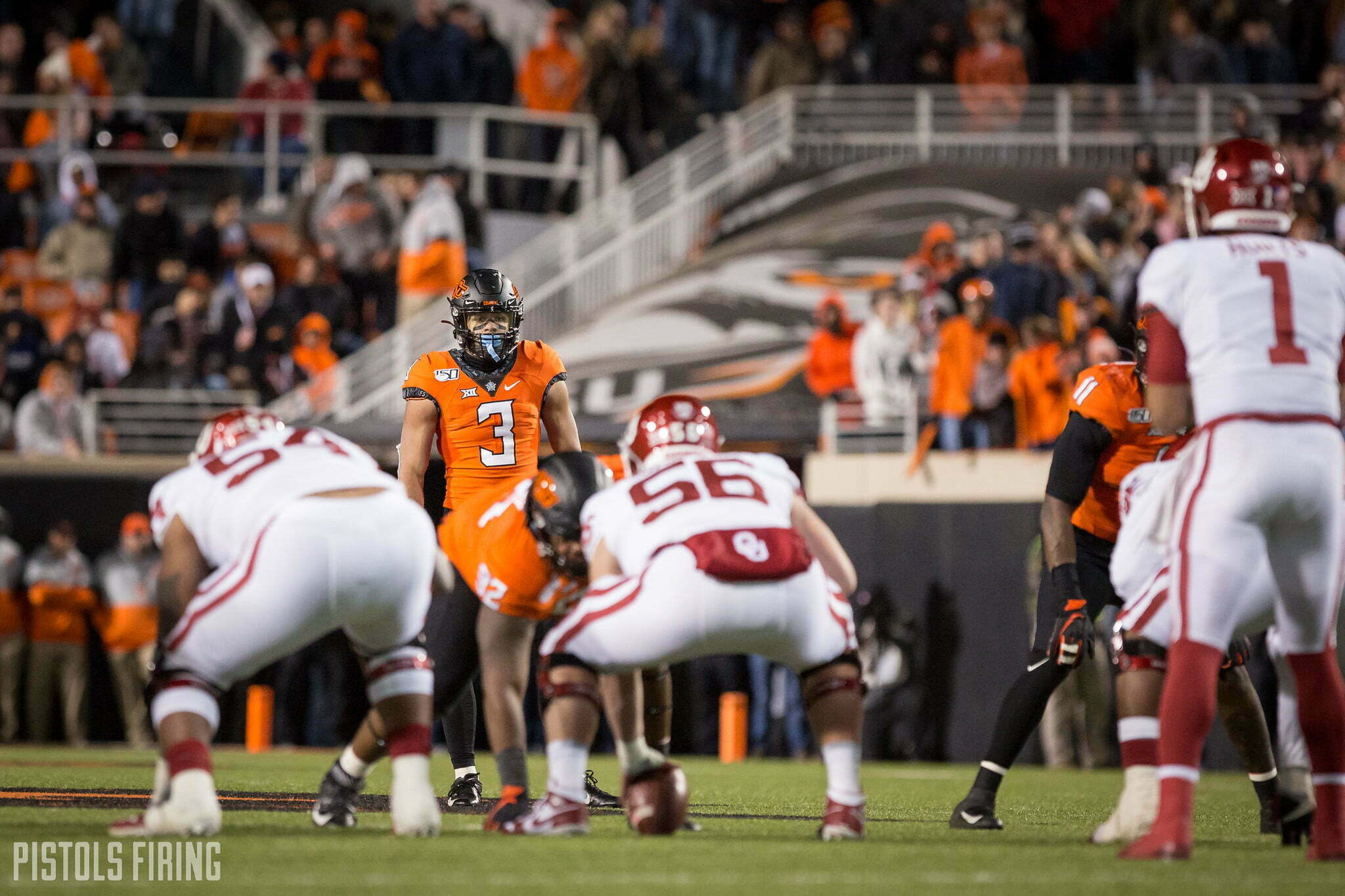 Let’s round out our preview of OSU’s upcoming football schedule with a look at the Cowboys’ final three regular season games of 2021.

The Cowboys open the final stretch of 2021 with a home game against the Horned Frogs, looking to avenge a disappointing loss in Fort Worth last year.

Series History: The Pokes are 16-13-2 all-time against the Frogs and 5-4 since TCU joined the Big 12 in 2012. Overall, TCU holds the intraconference edge since the Frogs went 2-0 against the Aggies when the two schools were Southwest Conference foes back in 1923-24.

TCU in 2020: The Horned Frogs had a tough haul right out of the gate, playing three ranked opponents in their first four weeks and went just 1-3 (the win was over No. 20 Texas). But TCU got its legs under it as the season stretched on, finishing 6-1 including an upset over OSU to finish above .500 in Big 12 play for the first time in three years.

TCU in 2021: Max Duggan enters his third year as the starting QB, and he’ll benefit from a returning receiving corps headlined by seniors Taye Barber and Derius Davis as well as Quinton Johnston, who ranked sixth in average receiving yards in the league as freshman in 2020.

TCU’s defense took a step back in 2020, but it returns nearly everyone including All-Big 12 honorable mention DT Corey Bethley, who decided to return to the DFW in lieu of the NFL. And they have Gary Patterson, so take the Frogs defense lightly at your own expense.

The Red Raiders had the Cowboys on the ropes last year, but a special teams scored flipped the game on its head, and the Cowboys road Dez Jackson to a career game and a W.

Tech in 2021: Gone is the solid, but oft-injured, Alan Bowman to Michigan. But in his stead is former Oregon gunslinger Tyler Shough, fresh off an impressive sophomore season and a Pac-12 title game win. He’s riding some hype into 2021. College Football News tabbed him as the No. 5 draft-eligible QB in the nation.

We get a Bedlam regular season finale. What used to be a yearly tradition has only happened once in the past five seasons (2019), but it’s back on the slate for 2021.

The Cowboys bested the Sooners in 2011 and 2014, one of those gave them their only Big 12 title. The Big 12 is back to playing an actual championship game and, until further notice, the road to Arlington runs through Norman (even when Bedlam is played in Stillwater).

OU in 2020: After a 1-2 start, the Sooners ran the table on the remaining Big 12 members and then ran up the score on the Florida Gators in the Cotton Bowl.

OU in 2021: No. 2 on that above-linked list of prospective NFL arms is Sooner QB Spencer Rattler. He’s now got a full year under his belt and will no doubt be a force as long as he’s healthy and in Norman.

A Bedlam date at the end of the year could make for quick rematch in Arlington if both teams are in the hunt for a Big 12 title at that point, which sounds troublesome at first glance.

The rationale for the not-so-nostalgic OSU fans posits that if the two rivals met say in October, the Pokes would still have time to recover from a potential letdown and cleanse the palettes of fans and the memories of the CFP committee members in case of a loss.

To be honest, I don’t think it makes much difference either way. To win a Big 12 title, the Cowboys will have to beat the Sooners at least once. To get into a Final Four, they’ll likely have to defeat them twice.