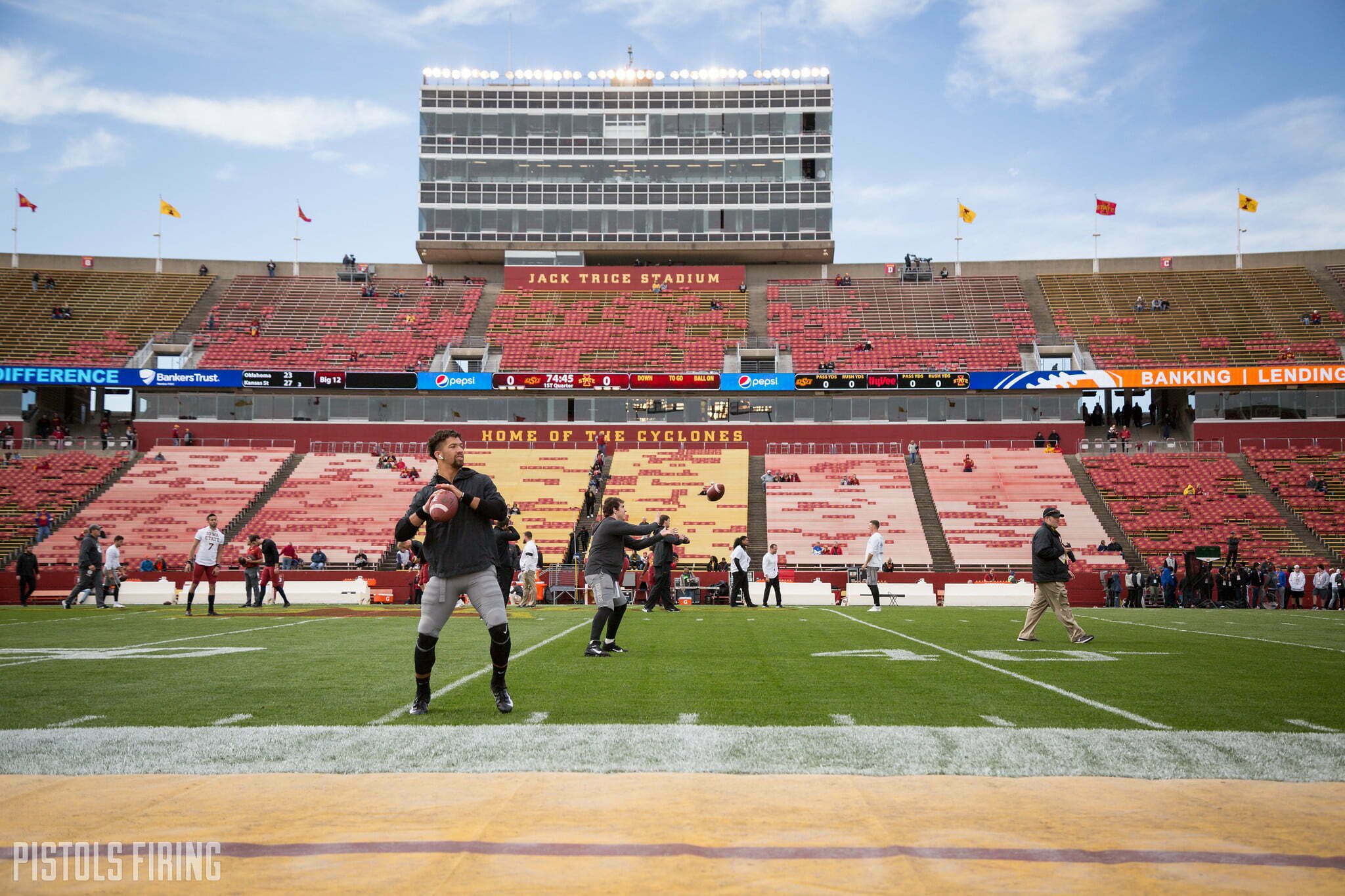 We’ve already looked at OSU’s nonconference schedule and the start of conference play. Now let’s move into the meat of the Cowboys’ fall schedule starting with a road trip to Ames.

Series History: The Cowboys are 33-19-3 all-time against the Cyclones and will go for three-straight in the series. OSU is 15-12-1 in Ames.

Iowa State in 2020: The Cyclones’ only regular season conference loss came in Stillwater, but the Sooners earned the hardware edging Iowa State 27-21 in the Big 12 title game. It was the school’s best season in 20 years and tied for the Cyclones’ best win percentage in over a century.

Iowa State in 2021: And … they return a ton of talent, including veteran quarterback Brock Purdy and a slew of All-Big 12 hopefuls like the FBS’ leading rusher in 2020 Breece Hall and tight end Charlie Kolar.

Series History: The Cowboys have won 11-straight against the Jayhawks, which is impressive. I was a bit surprised to do that math and realize that before this current win streak which started in 2010, the series was even at 29-29-2.

Kansas in 2021: KU has not won more than three games in any single season since Mark Mangino was ousted. In the decade since then, KU has had four coaches and No. 5, former Buffalo coach Lance Leipold, will have a tough row to hoe to do any better than the last four — at least in Year 1.

But Liepold does have experience turning programs around. He leaves the MAC school Buffalo after leading the Bulls to their best three-year stretch in two decades. Before that he won six Div. III national titles at Wisconsin-Whitewater and was the fastest coach in NCAA history to reach 100 wins.

Series History: The Cowboys have had the Mountaineers’ number as of late, riding a six-game win streak in the series and are 8-4 all-time against WVU. With a road win this fall they can move to 4-2 in Morgantown.

West Virginia in 2020: The Mountaineers finished fifth in the Big 12, going 4-4 in conference play, but were able to end things on a good note, edging out Army in the Liberty Bowl to finish 6-4.

West Virginia in 2021: In Year 3 under Neal Brown, WVU returns 14 starters including the Big 12’s second-leading passer last year Jarret Doege and its second-leading rusher Leddie Brown. The Mountaineers were better than expected on defense in 2020 but lost a couple of playmakers including star safety Tykee Smith, by way of transfer.

If they can reload on defense and continue making strides on offense, the Mountaineers could be a sneaky surprise team in the league.