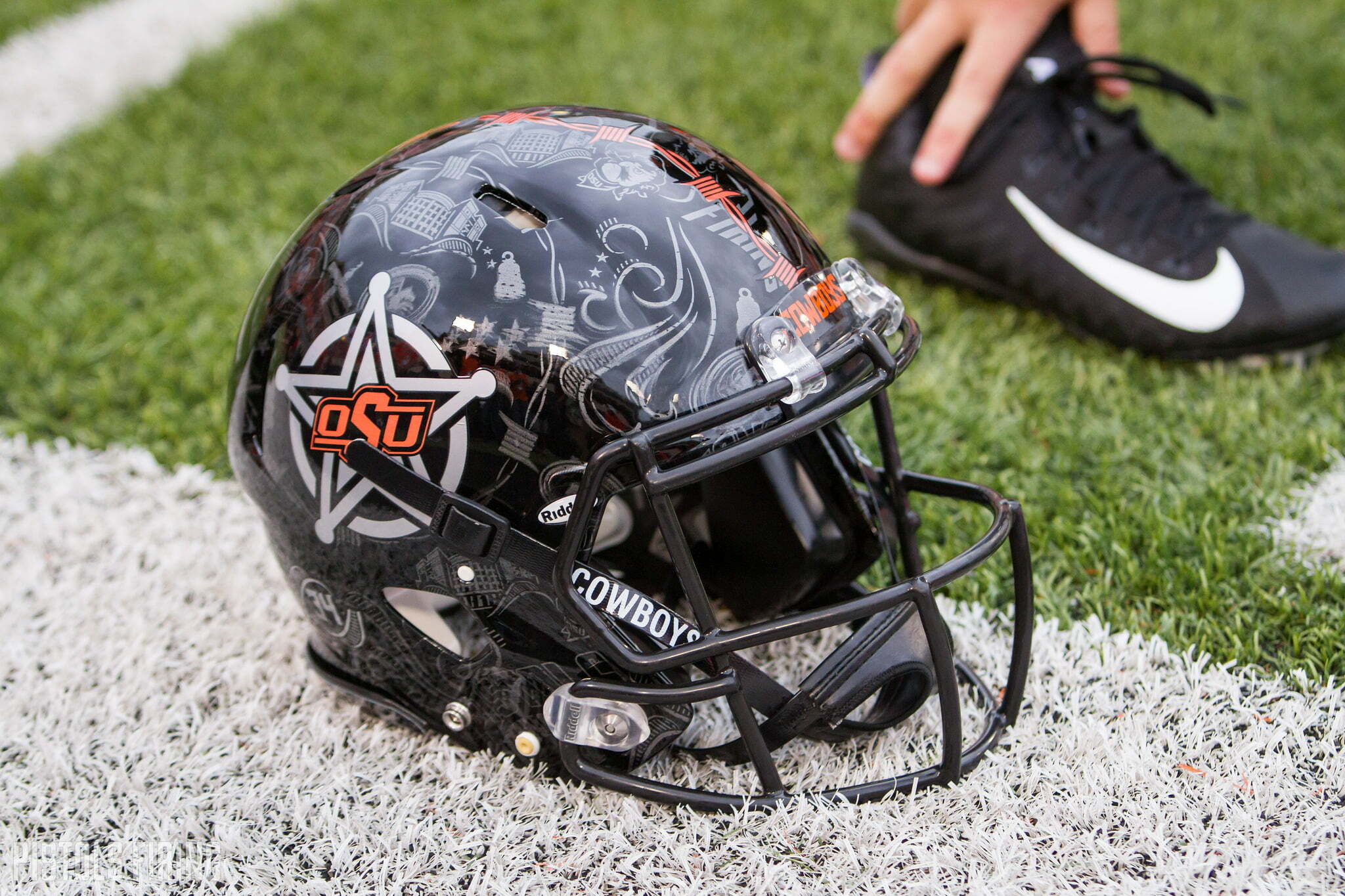 The Cowboys are dusting off a memorable color combo for their early tilt in Waco. The last time Oklahoma State wore black-white-white was also on a road trip against the Bears.

Cowboys in Waco for this morning’s matchup with the Baylor Bears ?#okstate pic.twitter.com/mMYNpPkDEt

It was a rainy night game two Waco trips ago, when the reeling Cowboys faced off against the No. 6 Bears, and showed the most life that they had in a month. It was Mason Rudolph’s first game, and that combination was etched into OSU fans’ memories because of it. 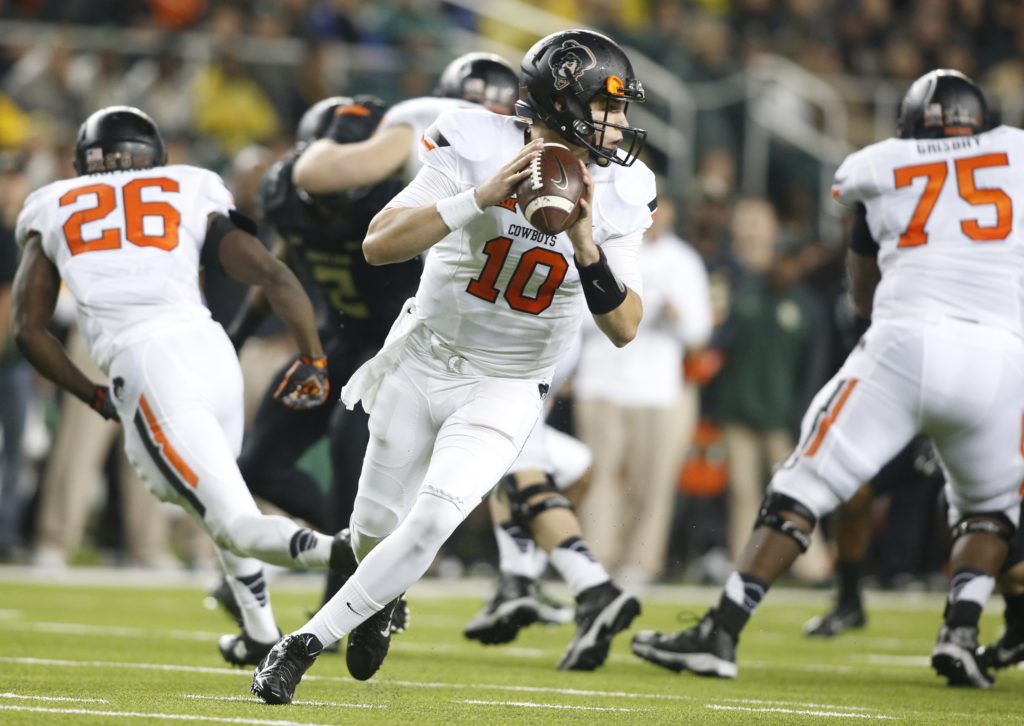 Whether or not there are any similarities to that game remains to be seen. But this is the first B-W-W combo since this uniform set came out so the look will be pretty original.

It’s a classic road white top and bottom look but the combo eluded our staff’s picks.

The Cowboys are donning the barbed wire lids for the third time this season. They wore them with an orange facemask against Iowa State and a black facemask in Week 2 against South Bama. Count me as a member of Team Black Facemask.

Will this iteration of the B-W-W combination come with its own program-altering debut? We’ll have to wait and see on that, but for now it’s a nice nod to that 2014 game.