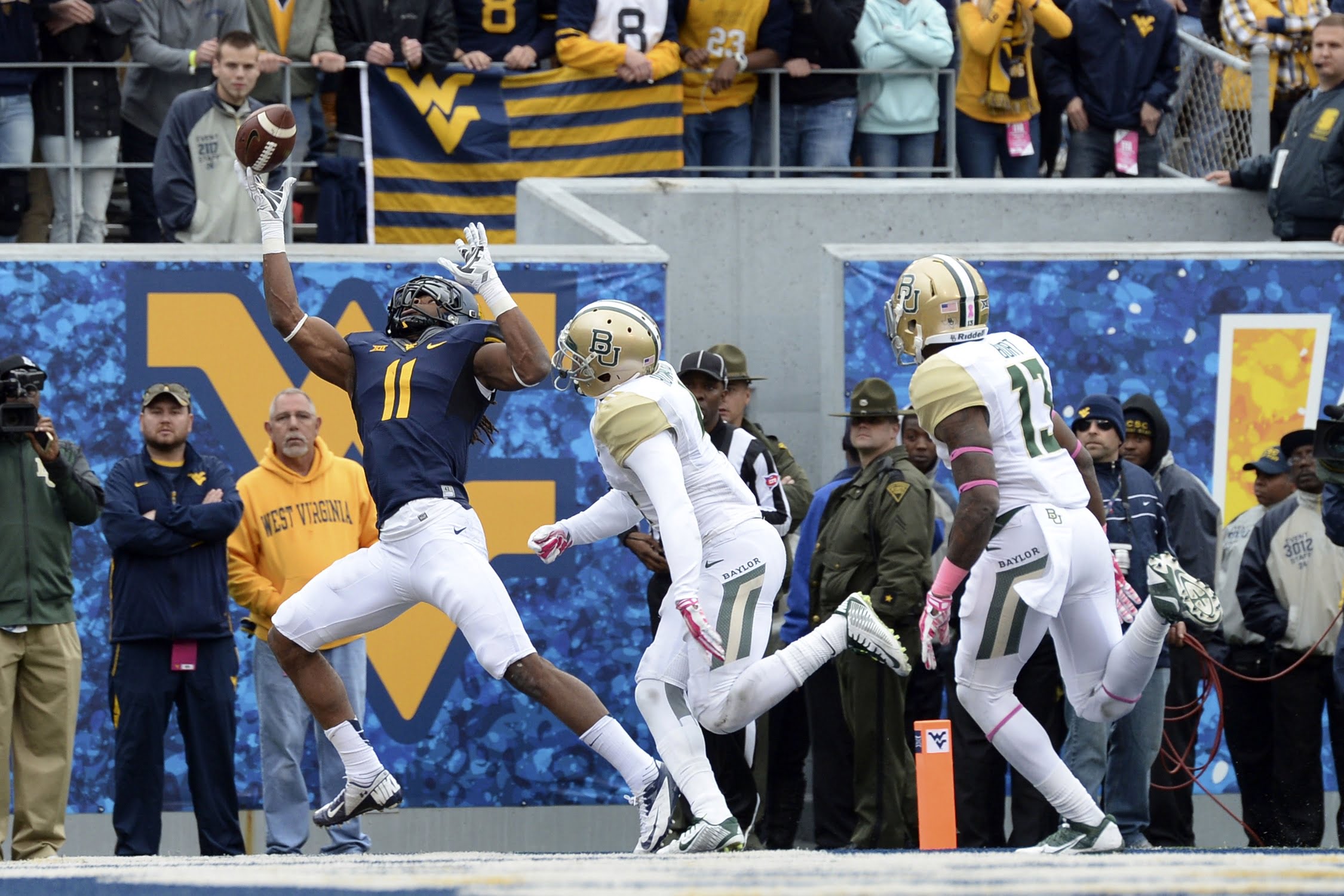 Who is Kevin White, you ask.

White is one of 12 Division 1 receivers averaging more than 100 yards a game and he’s first by a wide margin at 145 per outing.

He’s the guy who did this on Saturday and told Baylor’s defensive backs backup would be needed after they spent a week spewing on social media about how he wouldn’t be posting his usual numbers on them.

“You better get some help,” said White. “I might have told him that every time, to be honest.”

So it will be left to Kevin Peterson to try and do what Baylor’s secondary (not to mention Alabama’s and Oklahoma’s secondaries) couldn’t do. Namely, shut White down.

Mike Gundy said on Monday he’s been nothing but impressed by No. 11.

“He (White) is a really good player. He is going to play this game for a long time. I don’t know the young man personally, but I sure like what I see on tape,” said Gundy. “I like the effort and energy he plays with.”

Is Peterson up for it? After watching what Rashad Greene did to OSU’s secondary in the season opener, I sure hope he is.

“Kevin is a great player,” OSU safety Jordan Sterns said on Monday. “(Shutting someone down is) what you expect from Kevin. When they throw it in Kevin’s direction, (I’m thinking) incomplete or a gain of two. When he doesn’t want a ball caught on him, it usually doesn’t happen.”

That will be tested on Saturday.