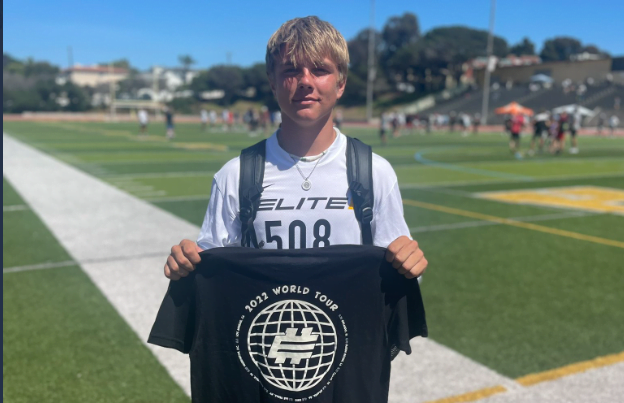 Oklahoma State is the latest to offer Isaac Wilson, a talented quarterback and younger brother of New York Jets passer Zach Wilson. The younger Wilson announced the offer via his Twitter account on Thursday.

Wilson is a talented prospect on his own. The 5-foot-11, 180-pound playcaller is an accurate passer with an arm and a knack for making big plays down the field.

Wilson hails from Corner Canyon High School in Draper, Utah, where the elder Wilson also starred. He threw 40 (!) touchdowns as s sophomore last year and added two more on the ground while leading Corner Canyon to a state championship. At this year’s Elite 11 competition, Wilson won the Accuracy Challenge.

Developing frame with decent growth potential considering bloodlines. Big-play quarterback who can dissect defenses with consistent accuracy. Shows a steady, quick release and silent mechanics. Displays ability to fit throws into tight windows at every level. Flashes good zip and arm action, but at times sacrifices top velocity for release speed. Can deliver the ball on time without setting his feet. Looks comfortable throwing on the run and does well to keep his eyes down field. Should continue to add confidence as he becomes more experienced. Could improve overall decision making and gain physical strength. Potential multi-year starter at elite Power Five level.

The first school to come calling was his brother’s other alma mater, Brigham Young. The Cougars extended back in February of 2021 followed by the likes of Oregon, Miami, UCLA, Oregon State and UCLA. He made an official visit to BYU this spring and has attended camps at Alabama, Georgia, Oklahoma, BYU and Miami this year.

If Wilson were to eschew his brother’s college path and pick the Cowboys — and if his current Composite grade of .9436 were to hold — he would edge out J.W. Walsh (.9430) as the second-highest ranked quarterback to sign at OSU.