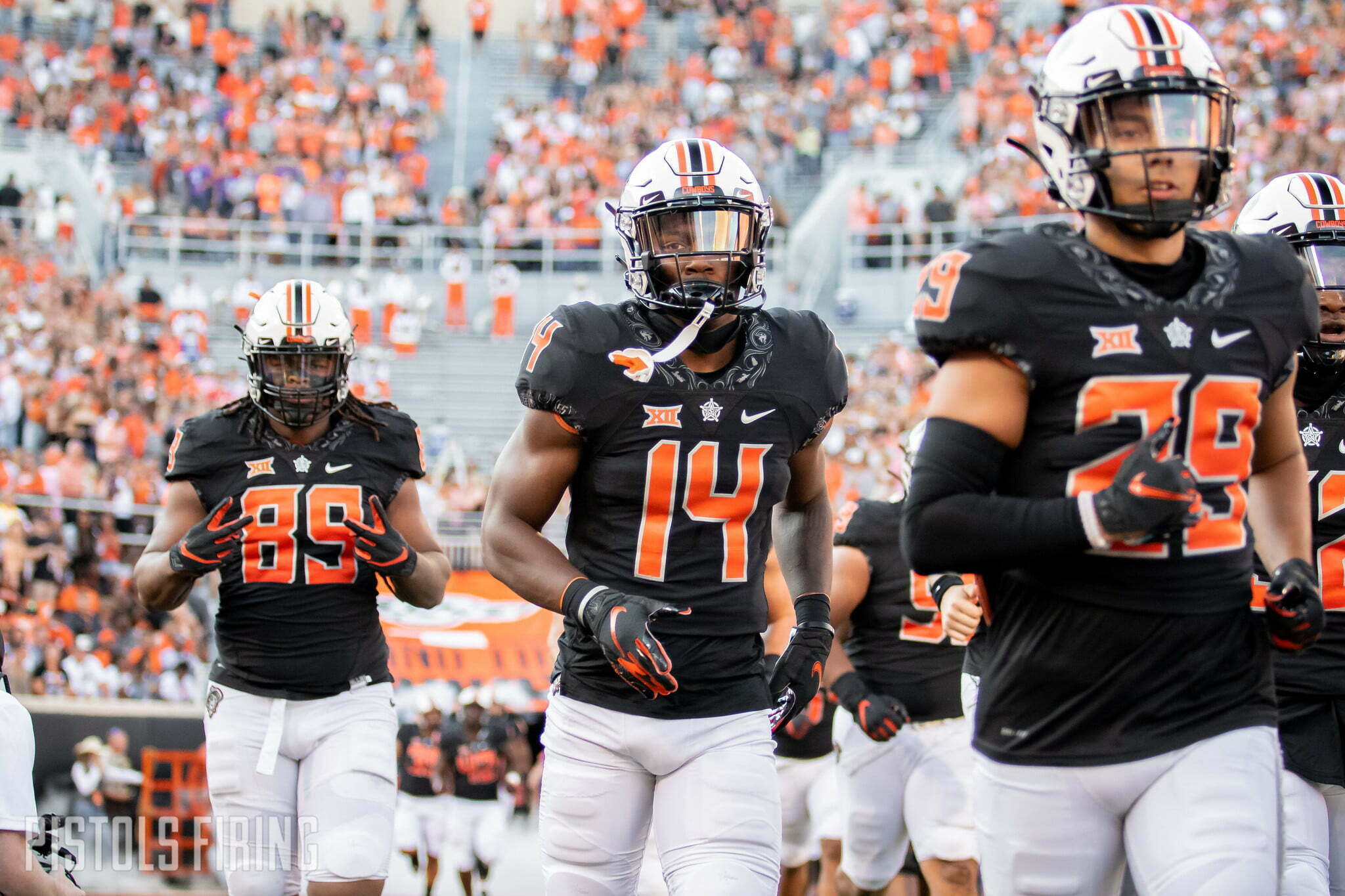 The Cowboys are on the cusp of their first Big 12 title in a decade, but that doesn’t mean OSU coaches aren’t fervently striving to rebuild for years to come.

Just days ahead of their Big 12 Championship matchup with Baylor, Cowboy coaches extended offers to a pair of intriguing prospects.

The touted tackler announced an OSU offer Wednesday night. The Cowboys joined a list of 10 suitors for the high school sophomore that included Texas, Arkansas, Michigan State and Texas Tech.

As part of the 2024 class, Simmons has yet to attain a 247 Composite score but the recruiting service ranks him a four-star prospect, the No. 4 linebacker and the No. 8 recruit from the state of Texas.

A peep at some of his sophomore highlights reveals a speedy edge man with a knack for getting to the ball.

The Cowboys didn’t have to look far for their next offer. The junior center at Stillwater High just logged an offer from his teammate’s dad.

Sanders has yet to receive a star ranking, but he’s apparently the workhorse for the Pioneers. He’s been known to hold impromptu weight-lifting sessions for Stillwater High.

Weekends aren’t off days for Sanders, a junior center for the Pioneers. Although he is a quiet 16-year-old high school student, he takes on a different role when he’s weightlifting with his teammates.

“He’ll actually be the strength coach for the day when we get over there,” said quarterback Gage Gundy, one of Sanders’ closest friends. [Stillwater Press]

Sanders has experience snapping balls to a Gundy, which may serve him well at OSU in the future. Here’s a look at the bruiser absolutely roughing dudes up at the 6A-II level. A couple years with Rob Glass and I think that could translate to the Big 12.