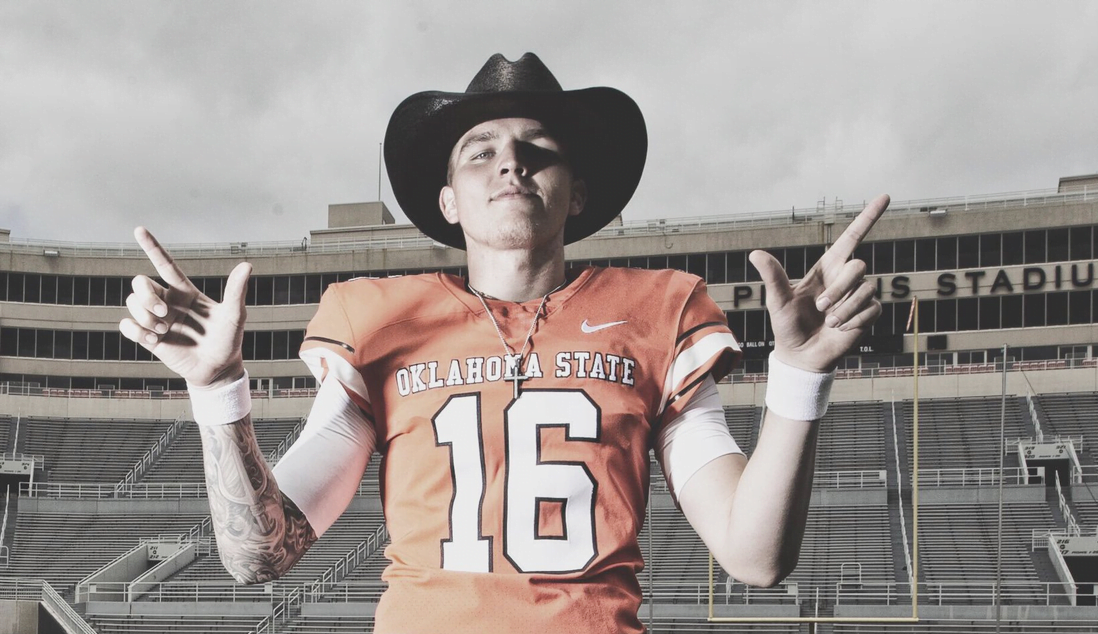 Just about everyone inside Gallagher-Iba Arena on Wednesday night lobbied for the commitment of five-star recruit Bryce Thompson. A chant began of, “We want Bryce!” which he, along with his family, acknowledged.

Well, look who is here in GIA…it's @B3thompson__ and his dad @StingrayRod of course! Getting chants of "We want Bryce!" Some signs with him and #CadeCunningham's name on them #okstate pic.twitter.com/YILyNTnaXy

On Thursday, the lobbying continued on social media. Just a day removed from five-star Cade Cunningham showing Thompson love on Instagram, OSU’s quarterback pledge, Shane Illingworth, took to Twitter to do the same in encouraging him to “join the fam.”

It’s possible none of this will make any difference for Thompson, who is set to make his commitment on Tuesday at his high school. It’s possible, though, that it just might. Even with his decision likely made up and with 99% of his recruitment over, it’s apparent that OSU is making every last-ditch effort to leave a positive impression on him leading into his big decision.