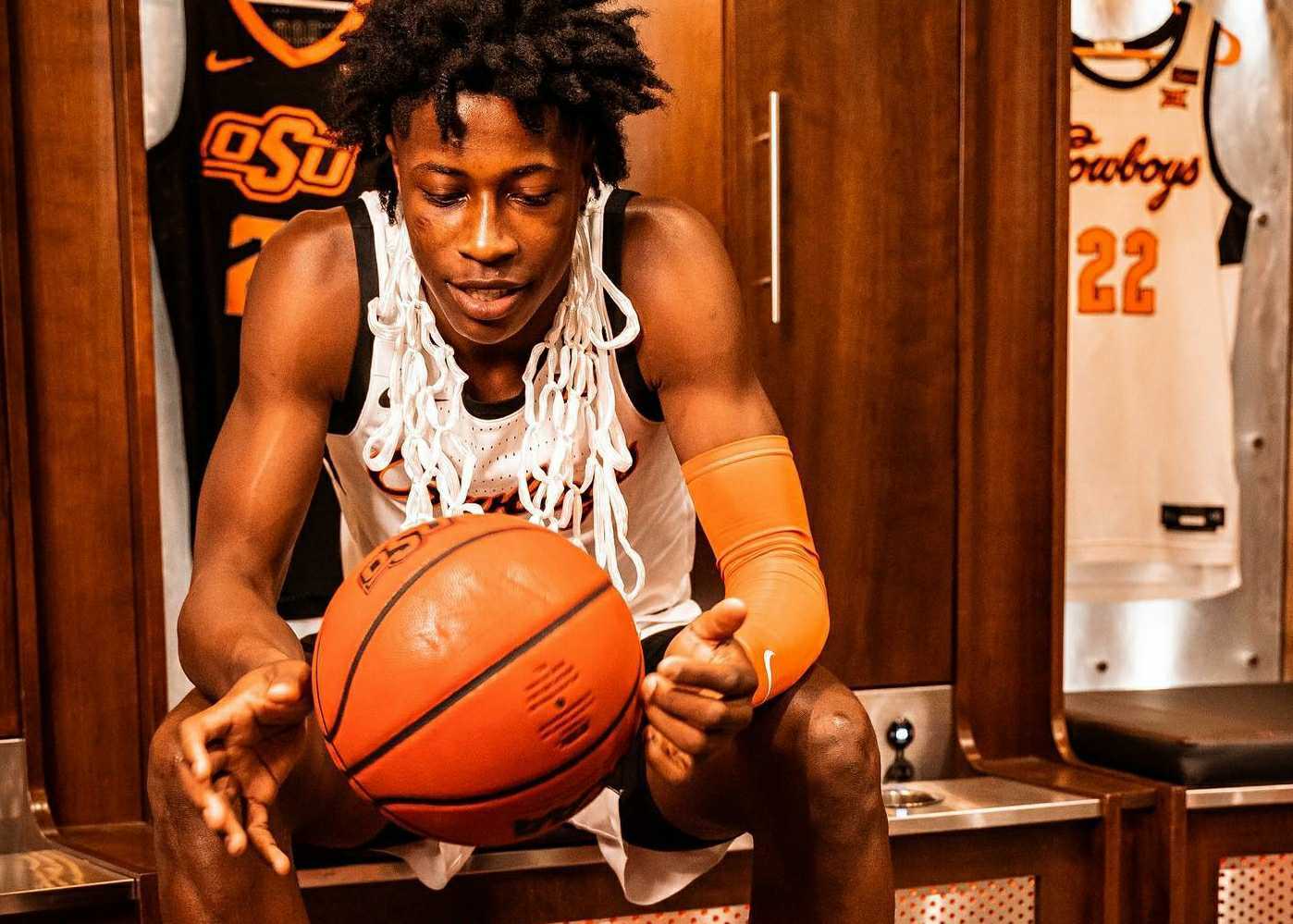 247Sports on Wednesday unveiled its final prospect rankings for the 2022 class, and OSU commit Quion Williams — thus far the only high school recruit in the cycle to commit to OSU — finished off his high school career as a four-star recruit.

Williams, a 6-foot-4 forward from Arkansas, retained his status as a four-star, where he’d been since last summer. His overall standing took a slight but not significant dip, dropping from the No. 89 player in the Composite rankings to the No. 95 player. He ranks as the 24th best at his position and the fifth best in the state. Fellow Arkansas Nick Smith rated No. 1 in 247’s final rankings.

Williams drew an offer from OSU last June as part of a coming out party in which Texas A&M, Texas Tech, Saint Louis, Houston, Ole Miss, Arkansas and others decided to take a chance on him with a scholarship offer. That culminated with an August commitment followed by a signing in the November period. He profiles as a perfect Mike Boynton recruit, with his combination of size, energy and toughness presenting exactly what he and his staff seem to look for. Here’s what 247 wrote of him in evaluating him last summer.

Williams has been one of the biggest stock risers in the summer of 2021. Playing as hard as he possibly can each time he laces them up is the standard for him. He simply has one of the highest motors in all of high school basketball. Couple that with his strength, toughness, and elite athleticism and you have a high volume rebounder with a matching activity level. Williams has the physical toughness to be an excellent rebounder and defender at the high major level, however, his overall upside is in his ability to pass, dribble, and shoot. He is capable of doing all but if he will evolve in those areas once he learns how to play at more than one speed and understands pace. The bottom line is Williams’ length, body type, and crazy motor will make him a productive glue guy that complements other great players around him. However, continued attention to detail on his perimeter skillset could change his trajectory as a player and would ultimately pay off in the long run.

Williams retaining his four-star ranking comes the same day another four-star recruit, Parker Friedrichsen, decommitted from OSU after a short-lived commitment. It also comes the same week that OSU added two key transfers for next season in guards Russell Harrison and Caleb Asberry.