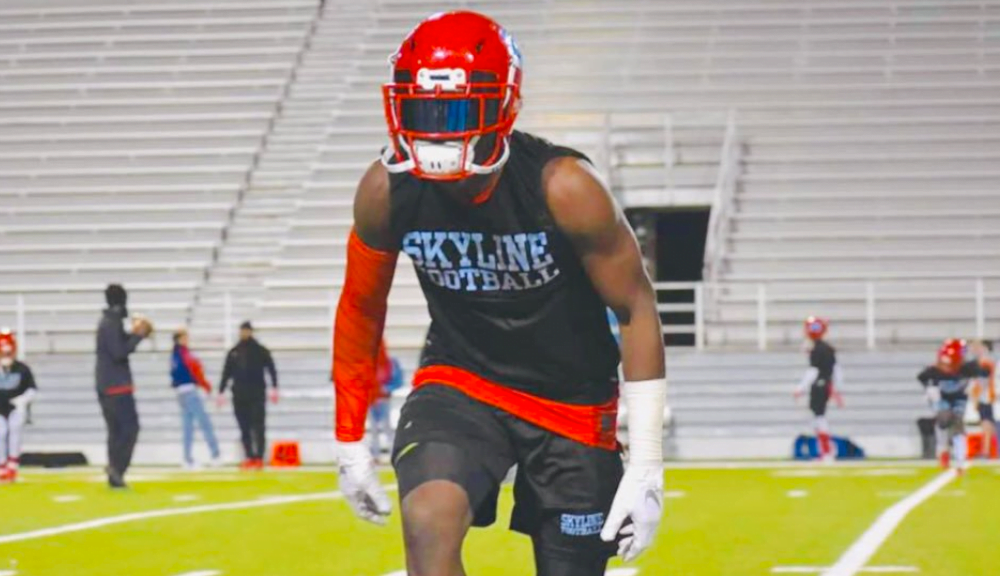 Though Davis pledged to the Ponies on Dec. 1 of last year, his recruitment hasn’t slowed. He’s up to a half dozen offers and counting, with more likely to come because of his 2021 classification.

Davis is a 5-foot-11, 186-pound who is riding the camp circuit high with offers from OSU and Minnesota over the last few weeks. He was a standout at a Dallas Showcase camp two weeks ago, showing off his deep threat ability and quick twitch, and his stock has risen since.

Dallas Skyline 2021 wideout Quaydarius Davis has popped onto the scene as only a sophomore and has made an early commitment to SMU, which landed his pledge Dec. 1. The 5-foot-11, 186-pound Davis looks and plays bigger than his listed size and repeatedly made flash plays down the field during 1-on-1’s Sunday. Davis snagged balls that were slightly overthrown and made impressive in-flight adjustments to the ball. He is a big-time receiver prospect with two more years of high school left who already owns early offers from the Mustangs, Kansas, Ole Miss, Cincinnati, and Houston. [247Sports]

Davis is mostly being recruited as a receiver now after catching 29 passes for 702 yards receiving and 8 touchdowns last season, but with his physical profile and speed, defense could be an option at the next level, too. He’s a rising junior with more attention to come, and will likely be the focal point of Dallas Skyline’s air attack next season.

Davis committed to SMU in late 2018 over a trio of offers that included Kansas and Ole Miss. Now that more attention is headed his way, it’s possible he backs away from the Mustangs pledge. He still has two years before he has to sign, and a lot can take place between now and then.

Where he’s at in the rankings

Again, with the caveat that a lot can change between now and the winter of 2020, when he’s first eligible to sign, Davis currently stands as a three-star recruit but unranked nationally and locally, for now. The crop of talent in Texas is pretty loaded overall in 2021 with nine five-stars to date, and Davis is likely going to slot somewhere on the back end of that as a high four- or low five-star.