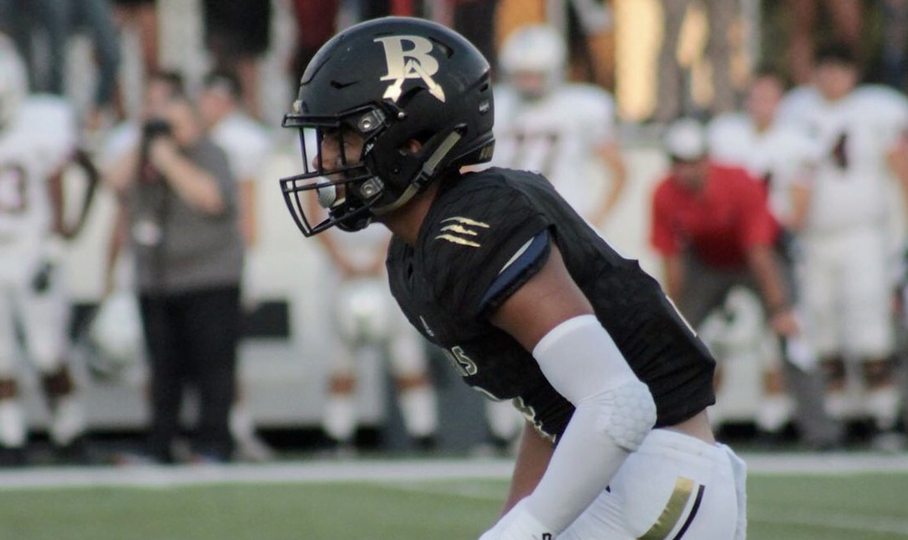 With the 2019 recruiting class all but in the books, the 2020 cycle is in full swing for Oklahoma State. The Cowboys currently have three commitments in offensive lineman Eli Russ, defensive lineman Grant Mahon and defensive back Jabbar Muhammad. They have a long way to go in filling up this class, so I wanted to take a look at what I think are the three most important positions to fill in 2020.

The Cowboys have one safety who has already transferred, one in the transfer portal and they don’t currently have any safeties coming in with the 2019 class. The coaching staff is very excited about the young group of safeties who gained a lot of experience last season such as Jarrick Bernard and Kolby Peel. However, those guys will be entering their junior season in 2020, while Malcolm Rodriguez will be gearing up for his last season of eligibility, and it will be time to start developing some incoming freshman for the future.

Oklahoma State currently has one defensive back commitment in the 2020 class in Muhammad, but he is expecting to wind up at the cornerback spot. The Pokes currently have offers extended to some very talented safeties in the 2020 class such as four-star prospects Chris Thompson Jr., Darius Snow, Myles Slusher, RJ Mickens and Xavion Alford.

Currently, none of the expert predictions on 247Sports Crystal Ball are giving the Cowboys much of a chance to land any of these guys, but I think in-state recruit Myles Slusher is at the top of the coaching staff’s wish list. One item to note about Slusher though is he, along with fellow Oklahoma products Javian Hester and Sevion Morrison, all have expressed interest in playing together at the next level… and only Slusher currently holds an offer from OSU.

He’s played a little corner in high school, too, but whether he plays safety or corner at the next level, he remains a top target.

Heading into the 2020 season the Cowboys will no longer have linebackers Calvin Bundage, Kevin Henry or Philip Redwine-Bryant on the roster. In addition, two of the Pokes primary contributors at the linebacker spot, Amen Ogbongbemiga and Devin Harper will be in their final year of eligibility. OSU does have two signees in the 2019 class in Kamryn Farrar and Na’Drian Dizadare, but after recently losing the commitment of 2020 recruit Josh White, Oklahoma State will be looking to sign a linebacker to continue building depth at this position for the future.

Even though there are normally only two linebackers on the field at time in Jim Knowles defense, the Cowboy coaching staff needs to have several guys on the roster they feel comfortable rotating in when the starters need a break. In addition, they will need to continue building a consistent level of depth at this position in case of injuries.

The OSU coaching staff has extended offers out to multiple inside and outside linebacker prospects, but as Kyle Boone noted in his recent recruiting post, one to keep an eye on is in-state prospect Brynden Walker. Walker doesn’t have many big time offers yet, but his recruitment is picking up steam. Outside of him, I really like Missouri product Antonio Doyle to fit the Calvin Bundage/Devin Harper role, but I have a feeling he may land elsewhere.

Even with Oklahoma State bringing in four offensive linemen in 2019, this will pretty much always be a position of need in any recruiting cycle. Additionally, the Pokes have a new offensive line coach in Charlie Dickey, and I think it will be important for him to land a good class in 2020. Especially after losing highly touted recruiter Josh Henson to Texas A&M.

All of the familiar faces on the O-line, Johnny Wilson, Marcus Keyes and Teven Jenkins, will no longer be on the roster as the Pokes head into 2020, and the Cowboys will be looking to add depth. Dickey is already off to a quick start on the recruiting trail, recently offering two 2020 prospects Hayden Pauls and Trent Pullen. Both of these guys were offered by Dickey while he was at K-State, and he’s looking to convince them to join him in Stillwater. In addition, he has one commit he will need to convince to hang around in four-star tackle Eli Russ.

I think the Cowboy coaching staff will be looking to add at least four offensive linemen in 2020, so it will be interesting to see what Dickey has planned for OSU moving forward.

Outside of these three positions mentioned above, I think the Cowboys will also be looking to add about three more defensive linemen to go along with Grant Mahon, and I could have easily included the D-line in my top three. I also believe they will look to add a couple of corners and a couple receivers, but I think the three positions mentioned above are ahead on these on the coaching staff’s current task list.