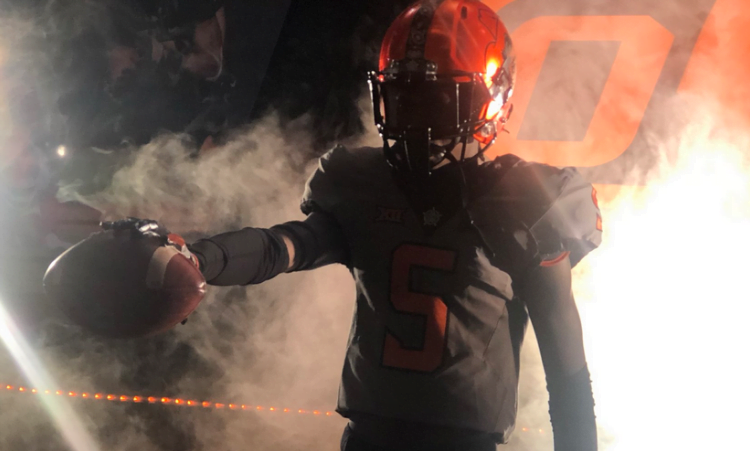 Incoming Oklahoma State safety and former four-star recruit Kendal Daniels, the top-rated prospect in the state of Oklahoma in the 2021 cycle, was named the state’s Gatorade Player of the Year on Thursday. He’s the second OSU commit to earn the distinction after Bixby star Brennan Presley garnered the same honors a year ago.

Daniels initially committed to Texas A&M out of Beggs High School and signed with the team in December, but he decommitted in February and committed to the Pokes shortly thereafter. He is the top-ranked signee in the class for OSU, and with a 95.79 grade from 247Sports’ Composite, he’s the seventh-highest ranked recruit in school history (since at least 2003.)

Daniels, at 6-foot-4 with blue-chip credentials, has a chance to be a special player at OSU. He played football and basketball in high school and excelled at both, developing in the process into one of the most intriguing long-term NFL prospects on OSU’s 2021 roster. Here’s what 247Sports had to say when scouting him last fall.

Owns a unique frame for a safety prospect with elite height. Owns ample frame space to add mass. No available wingspan number but looks and plays long. Disruptive at the catch point because of it. Two-way player with multi-sport profile that includes basketball. Springy hooper with finishing ability at the rim on the hardwood. Senior season shows consistent two-way impact in consistency and big-play punch. Owns plus ball skills for a DB. Also more than willing to close downhill vs. run. Hitter by nature who will set the tone. Physical tools and football skill set provide potential for personnel flexibility and role versatility. Still need to fill out and play more consistently strong. Consistency in tackling technique can improve. Athleticism lacks verified testing or track context. Will need to hone coverage technique but physical gifts and functional athleticism are there. Among the nation’s top 2021 safeties. Likely impact player in college with plenty of long-term NFL Draft upside. [247Sports]

Daniels is the crown jewel of an excellent incoming defensive recruiting class that also includes Aden Kelley, De’Kelvion Beamon, Collin Oliver and Ty Williams. Several from the class (including a few from that group) were early enrollees this spring.