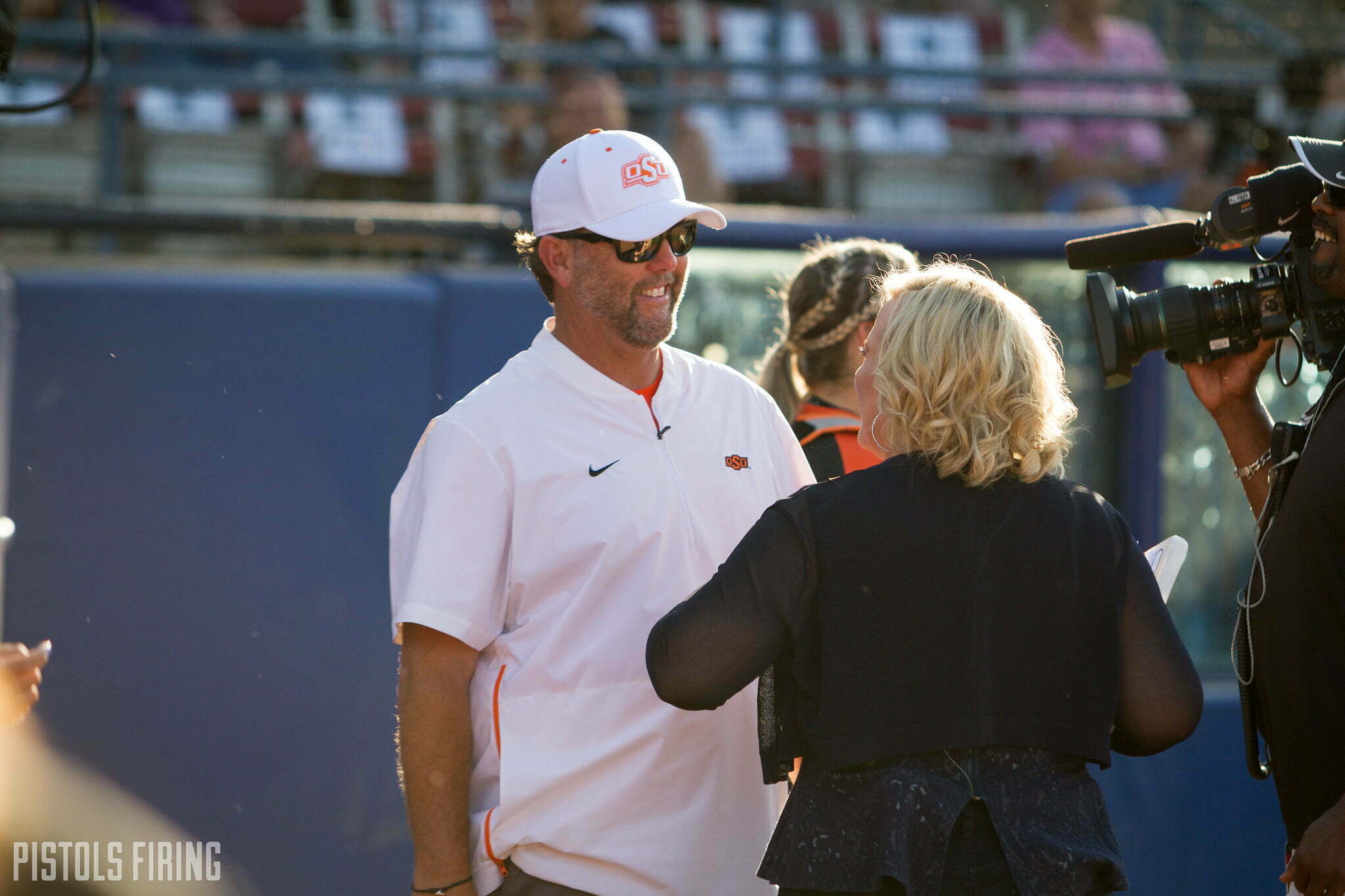 The Cowgirls picked up a pair of wins in Arizona on Saturday to end their first nonconference event of the season at 4-1.

Oklahoma State topped Cal Baptist 3-1 and Missouri State 5-1 at the Kajikawa Classic in Arizona. Here are recaps of each game.

The game entered the fourth tied at 1 before senior Taylor Tuck played hero.

Tuck hit an RBI single in the top of the fourth that scored Sydney Pennington, who started the inning with a triple. That gave OSU a 2-1 lead that they held until the final inning.

In the seventh, Tuck doubled to the gap in right-center. Hayley Busby scored from third, giving the Cowgirls their 3-1 lead that they’d go onto win with. Tuck ended the game 2-for-3 with two RBIs. She was also hit with a pitch.

As clutch as Tuck was at the plate, the duo of Tatum Clopton and Morgan Day were as good in the circle.

Making her first collegiate start, Clopton, a freshman from Kansas, threw five innings where she allowed one run off two hits while walking two and striking out five. Day, a transfer from Illinois State, came on for the sixth and seventh innings where she didn’t allow a hit and struck out three of the six batters she faced.

The Bears took a 1-0 lead in the first inning off a two-out single, but the Cowgirls shut things down from there.

OSU scored on a sac-fly and an error in the third and fourth innings, respectively, before the Cowgirls had a big sixth inning at the dish.

With one out, Kansas transfer Morgan Wynne hit a solo home run, her first as a Cowgirl, to give OSU a 3-1 lead. Chelsea Alexander then tripled to right-center before scoring on a wild pitch while Katelynn Carwile was at the plate. Carwile, a sophomore from Purcell, finished that at-bat with a solo home run to right-center to make OSU’s lead 5-1.

Miranda Elish got the start in the circle for OSU. The highly touted Texas transfer threw four innings where she allowed one run off five hits. She walked two and struck out five.

Kelly Maxwell came on in the fifth, and she continued her domination at the event. She allowed only one hit and struck out eight of the 11 batters she faced. In three appearances this weekend, Maxwell hasn’t allowed a run and struck out 21 batters in 11 innings of work.

OSU at the Kajikawa Classic

The Cowgirls head to Florida next weekend for the St. Pete Clearwater Elite Invitational. All five of the Cowgirls’ games at that event will be televised on either ESPNU or ESPN+.