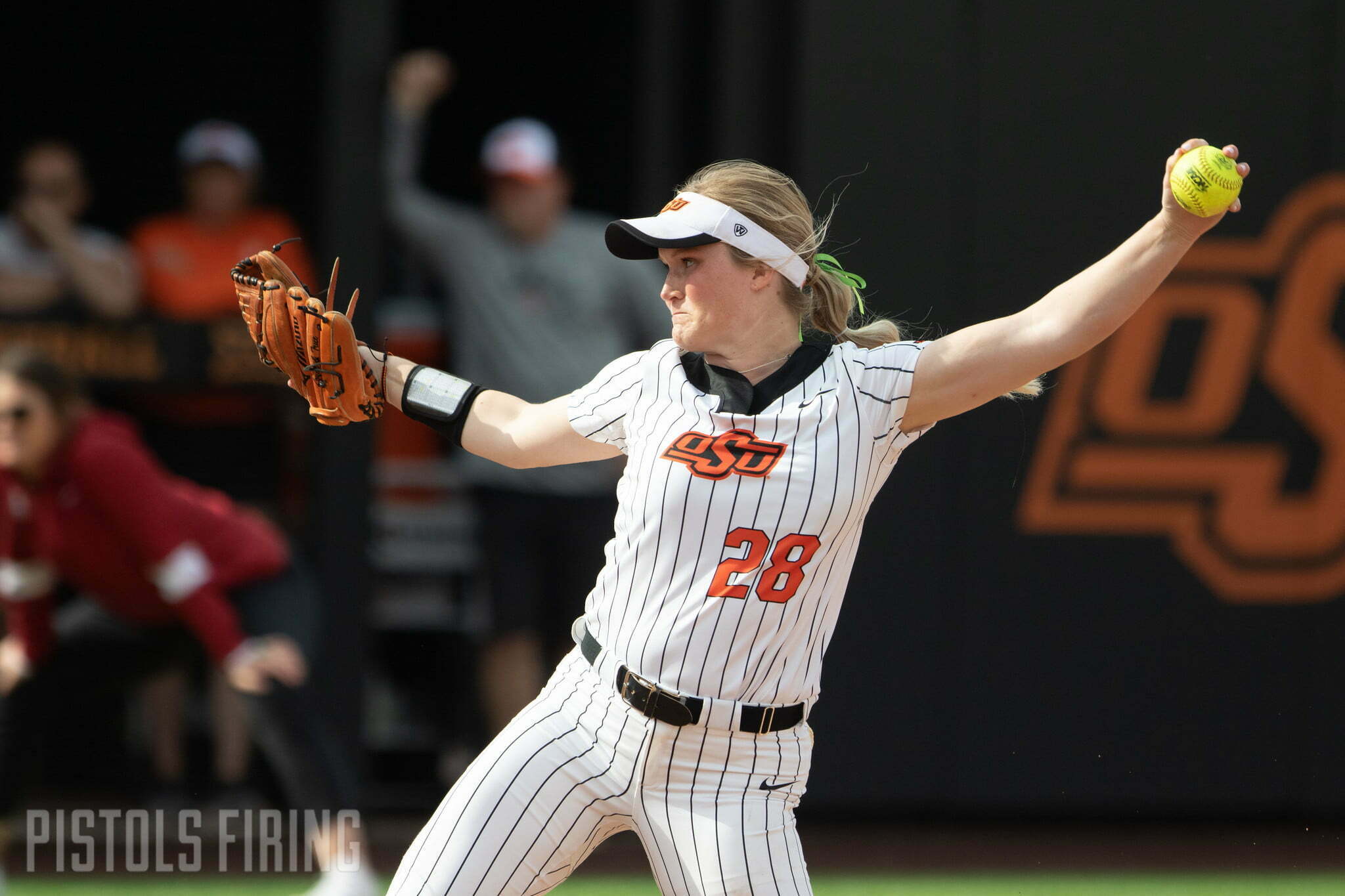 The Cowgirls scored the fewest amount of runs since their March 16 loss at UT Arlington, but they kept their win streak alive with a shut out win in Waco. It’s one of the benefits of being a well-rounded team.

No. 6 Oklahoma State defeated Baylor 2-0 Saturday night. That followed up a 6-1 win over the Bears on Friday, clinching the series for OSU.

The Cowgirls have made headlines for their lively bats all season — especially during their now 10-game win streak — but on Saturday their defense shined.

Kelly Maxwell moved to 12-0 on the year but not without taking her lumps — figuratively and literally.

Maxwell worked herself out of a jam but shut the door on the bullpen herself with a clutch finish.

After Baylor’s Josie Bower popped out to start the fourth, Maxwell gave up a walk, a single and then a walk to load the bases with just one out.

But she then proceeded to strike out a pair of Bears (swinging) to survive the inning. She never left the circle.

OSU has scored 10 runs or more five times this season and earned a run-rule victory nine times so far. This wasn’t that type of night. But when your defense pitches its 11th shutout, a pair of runs will do.

Karli Petty hit her third dinger of the season to put the Cowgirls on the board in the top of the fourth.

And then Julia Cottrill added her 24th RBI to pad the lead an inning later.

Maxwell pitched a complete game, striking out nine and allowing three hits and three walks, moving her ERA to 1.04 on the season. But she wasn’t the only Cowgirl defender to make plays.