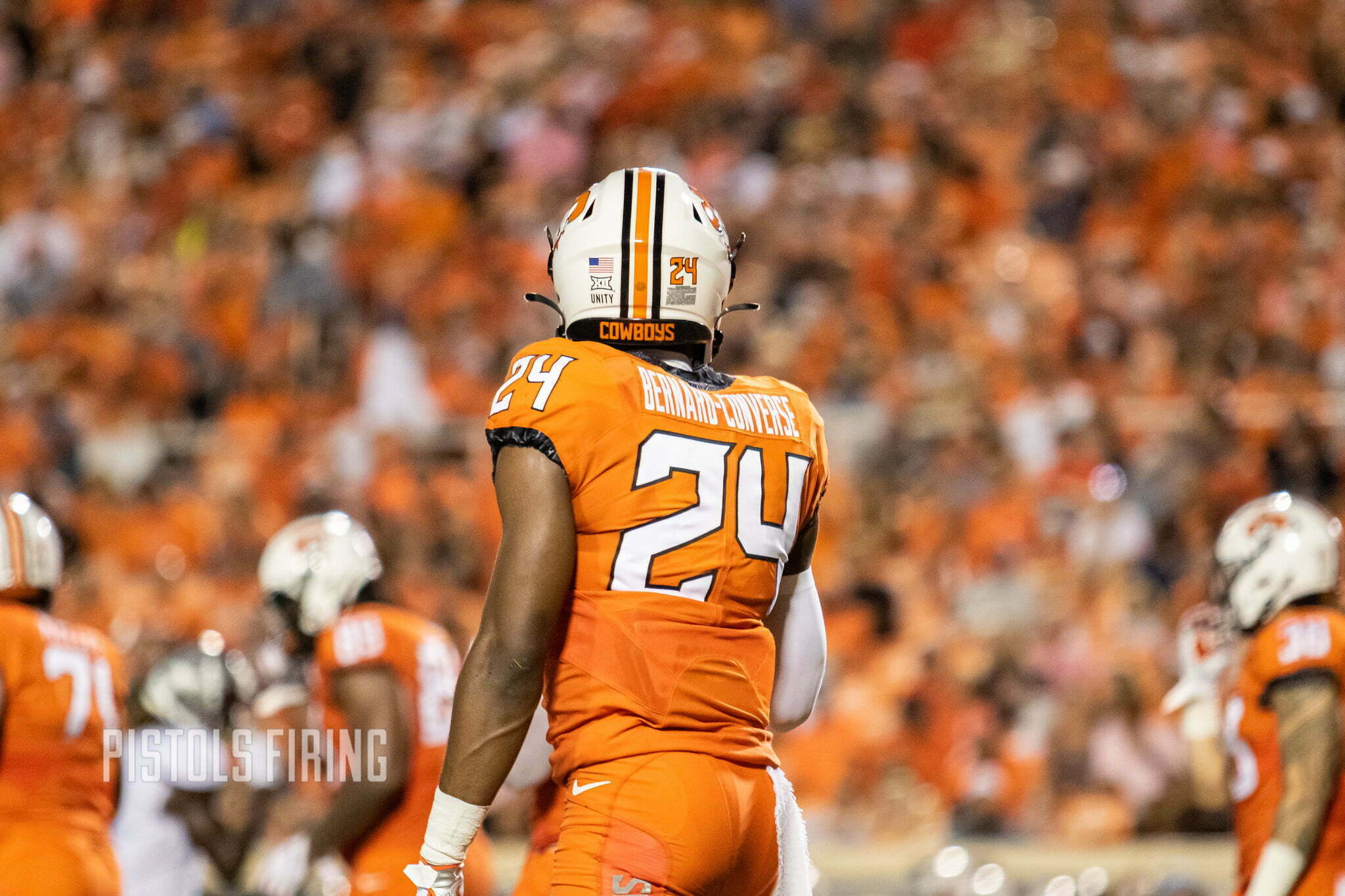 The Cowboys’ All-Big 12 corner is in the transfer portal.

Jarrick Bernard-Converse entered the portal on Thursday morning, according to multiple reports. A senior at Oklahoma State this past season, Bernard-Converse has a year of eligibility remaining because of the pandemic. He started 47 games in four seasons with Oklahoma State, breaking into the starting lineup as a true freshman at safety before transitioning to corner. He had a team-high 11 pass breakups this past season to go along with 51 tackles and 1.5 sacks.

Bernard-Converse was a classic example of the Cowboys’ evaluating ability. He was the No. 1,087 player in the 2018 recruiting class. OSU was his only offer, according to 247Sports, and despite that, he started as a true freshman. He came in alongside Kolby Harvell-Peel and Tanner McCalister. Harvell-Peel declared for the NFL Draft after an All-American season, and McCalister followed former Oklahoma State defensive coordinator Jim Knowles to Ohio State.

Should Bernard-Converse choose to play his final season elsewhere, the Cowboys will go into 2022 with two new starters at corner, as Christian Holmes, who started opposite Bernard-Converse, exhausted his eligibility.

Those two would be the likely starters, but there is other talent in Tim Duffie’s cornerback room in the likes of De’kelvion Beamon, Jordan Reagan, Cam Smith, Kale Smith and Demarco Jones, just to name a few. The Cowboys are also bringing in a pair of highly touted corners in their 2022 class, as four-star prospect Cameron Epps and three-star standout Dylahn McKinney each signed with the Cowboys last month.