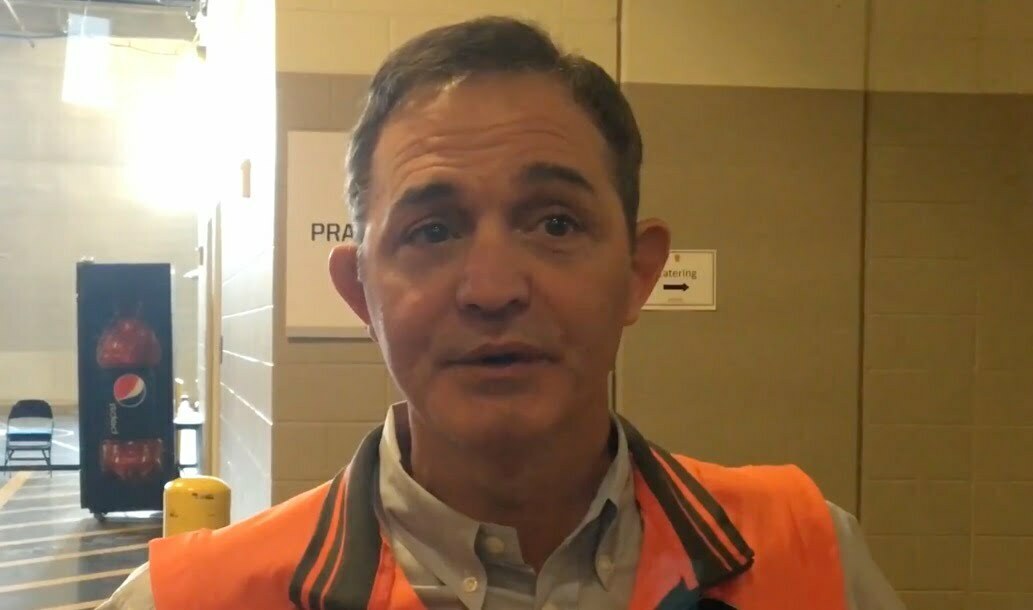 The Oklahoma State wrestlers recorded five pins, three technical falls and a pair of major decisions in the first session of the Big 12 Wrestling Championships. OSU has the team lead with 76.5 points. South Dakota State is second about 10,000 miles behind at 43.5 points.

There was little to improve on.

Every Cowboy wrestler that stepped on a mat in the BOK Center on Saturday morning earned a spot into the semifinals. Although each was dominant, a couple of matches stood out.

Dean Heil, No. 1 seed and defending conference and national champion, pinned his first opponent of the season in his match against North Dakota State’s Taylor Nein.

Coach John Smith said since Heil slammed himself after the Penn State loss, he has been a rock in training, where he had started to relearn how to pin his opponents.

“He’s had eight, nine, 10 good days of training,” Smith said. “Yeah, I like where he’s at. He needs to make sure he continues to open his matches up.”

OSU heavyweight Austin Schafer returned for his first action since Jan. 29 against Iowa State. He walked out with confidence, which was encouraging, Smith said. He didn’t want to see his biggest wrestler return timidly.

Schafer pinned Air Force’s Kenny Powers in a little more than a minute and a half.

“We were all nervous,” Smith said. “He’s not 100 percent, but I liked to see him start back where he left off.”

In that Iowa State dual meet, Schafer pinned his opponent, so it was only fitting that he did it again on his return.

“If I had a match today that I was excited about, that’s the one,” Smith said. “OK, he’s not timid.

The Cowboys drove to the BOK Center, rather than flying, and the distance showed. The majority of the fans in the stands wore orange, and an “Orange Power” chant even broke out in midst of OSU’s roll.

Smith reaffirmed he thinks the BOK Center would be a nice venue for a tournament with a little more implication.

That makes sense given the proximity and the performance OSU is putting on.

“We wrestled better than we have all year,” Smtih said.