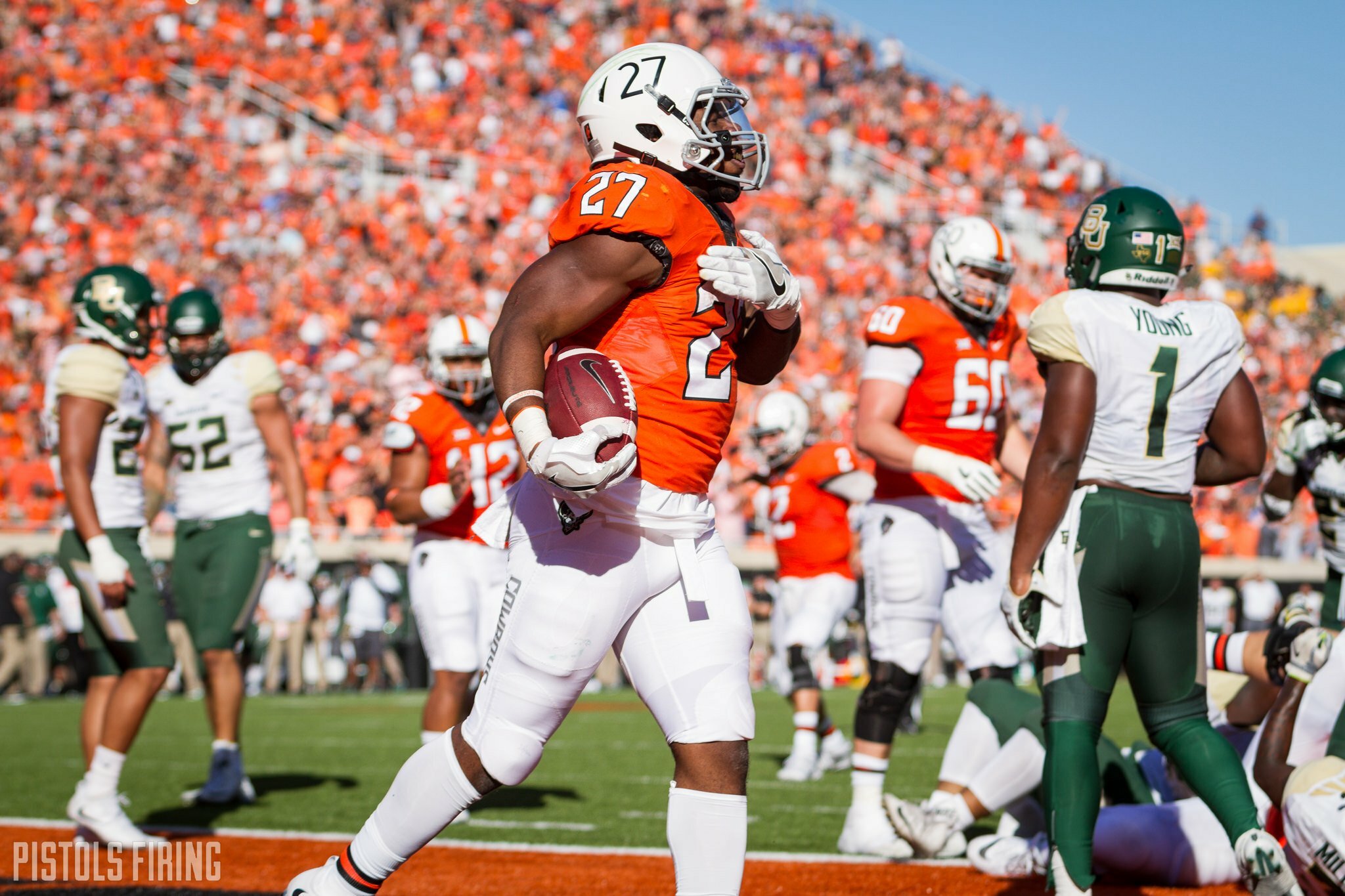 One of the priorities for Mike Gundy and his staff during the Cowboys’ bye week was to address what had been some pretty uninspiring play in the red zone. For a team with one of the best offenses in the nation, OSU was having a hard time making the most of its trips deep into enemy territory. That was not the case against the reeling Bears of Baylor on Saturday.

Oklahoma State scored touchdowns on all four of its red-zone attempts, achieving a near-perfect 7.0 PPR (points per red-zone attempt). And they did by going to ground on three of those scores.

Let’s take a look at the Big 12 PPR numbers after Week 7.

Oklahoma was held to a field goal on three of its four trips into the red zone by Texas which is one of the reason’s the Longhorns were able to keep this game so close. Heading into the Red-River Shootout, Oklahoma was ranked first in the league in offensive PPR.

The Cowboys got a boost in their overall numbers by holding the Bears to field goals on two of their three red-zone trips. TCU is the class of the league and further strengthened their case by holding Kansas State scoreless during its two trips inside the 20 in Manhattan.

Oklahoma State’s offense will face a stiffer test when it travels to Austin to face a team that controlled Baker and Co. inside the red zone and has allowed multiple red-zone TDs just once (Kansas State) since its season-opening loss to Maryland.