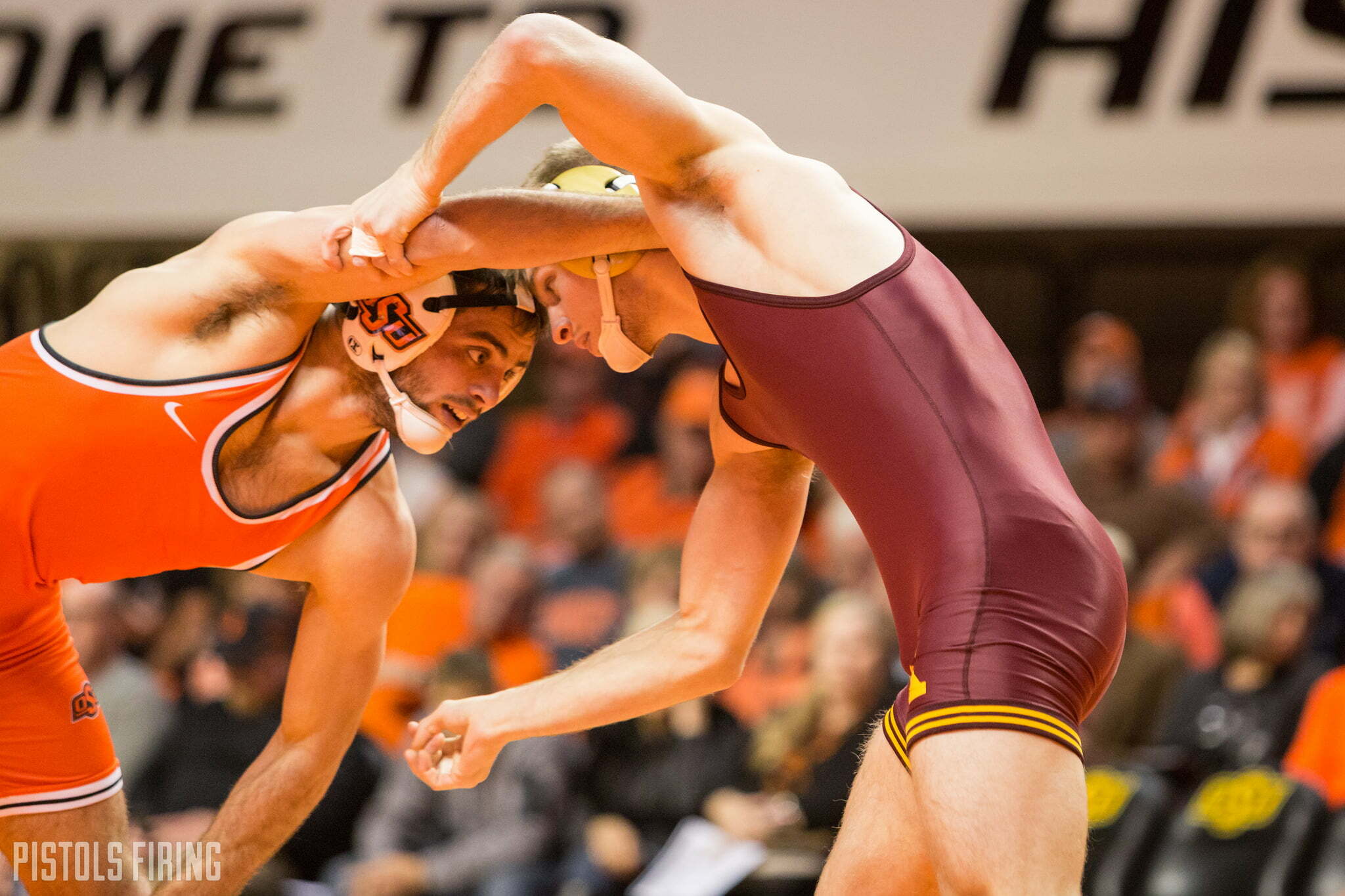 Oklahoma State wrestles in its first home dual this season on Sunday against Mark Branch and his Wyoming squad. We’ve got you covered with a preview of the dual as well as where and how to tune in.

Looking for a good way to finish off Thanksgiving weekend? We’ve got you covered!
?GIA.
?2 p.m.
?Sunday.
Cowboys vs. Cowboys pic.twitter.com/bySRgSdp1q

125 pounds: Nick Piccinnini vs. Cole Verner: Verner should be a decent test for Nick. He was a two-time JUCO All-American at Western Wyoming Community College, redshirted at Wyoming last year, and is now the starter at 125 in his junior season. Last week he knocked off NCAA runner up Zeke Moisey. I think Piccinnini wins fairly comfortably here, but Verner’s no pushover.

133 pounds: Daton Fix vs. Montorie Bridges: Fix has had his fair share of competition to start off his career. He was originally scheduled to wrestle NCAA champ Seth Gross last weekend. That fell through due to an injury to Gross, but he did take on — and beat — NCAA finalist Ethan Lizak at Minnesota last Sunday.

He now goes up against another All-American, Montorie Bridges, on Sunday. Bridges is legit. He beat Kaid Brock in the dual last year and put together a really solid NCAA tournament in March, finishing eighth at a very tough weight. Fix is still the favorite here. Seriously, there are now gambling odds on some wrestling matches and Fix is a 6.5 point favorite. As Vegas indicates, he should win, but Bridges is another solid test for Daton.

165 pounds: Chandler Rogers vs. Branson Ashworth: You should expect Rogers to win here, but Ashworth did pull off the upset in Cheyenne last year. Chandler will be looking to avenge that loss and as always with him you shouldn’t expect this one to be dull. Chandler likes to let it fly and in his senior season I would expect nothing less.

285 pounds: Derek White vs. Brian Andrews: Derek White takes on the brother of former Cowboy Blake Andrews. Brian is solid. He was a JUCO All-American at NEO last year and spent most of the year as the No. 1 ranked wrestler at the weight. He’s been impressive at the D1 level to this point, winning the Journeyman Classic and notching a few big dual wins. I still think White wins here, but similar to Piccinnini’s matchup he’s definitely going to get a fight from Andrews

Interesting dynamic is the Andrews brothers were the original plan at heavyweight for the Cowboys. Blake came in from NEO as a JUCO champ, and most had him projected as the starter, while Brian was headed to NEO and expected to come to OSU and take over the job after Blake graduated. Derek White then bulks up to 285 and wins the job over Blake. Then Daniel Kerkvliet commits to OSU and Brian opts to go to Wyoming. Kerkvliet eventually decommits and now OSU ends up with only one heavyweight on the roster going into next season when White graduates.

OSU did not look good in this dual at Cheyenne last season. With a number of new faces in each lineup OSU will win this dual, but these individual match-ups are big  and it’ll be exciting to how some of the newcomers perform in their Gallagher Iba debuts.