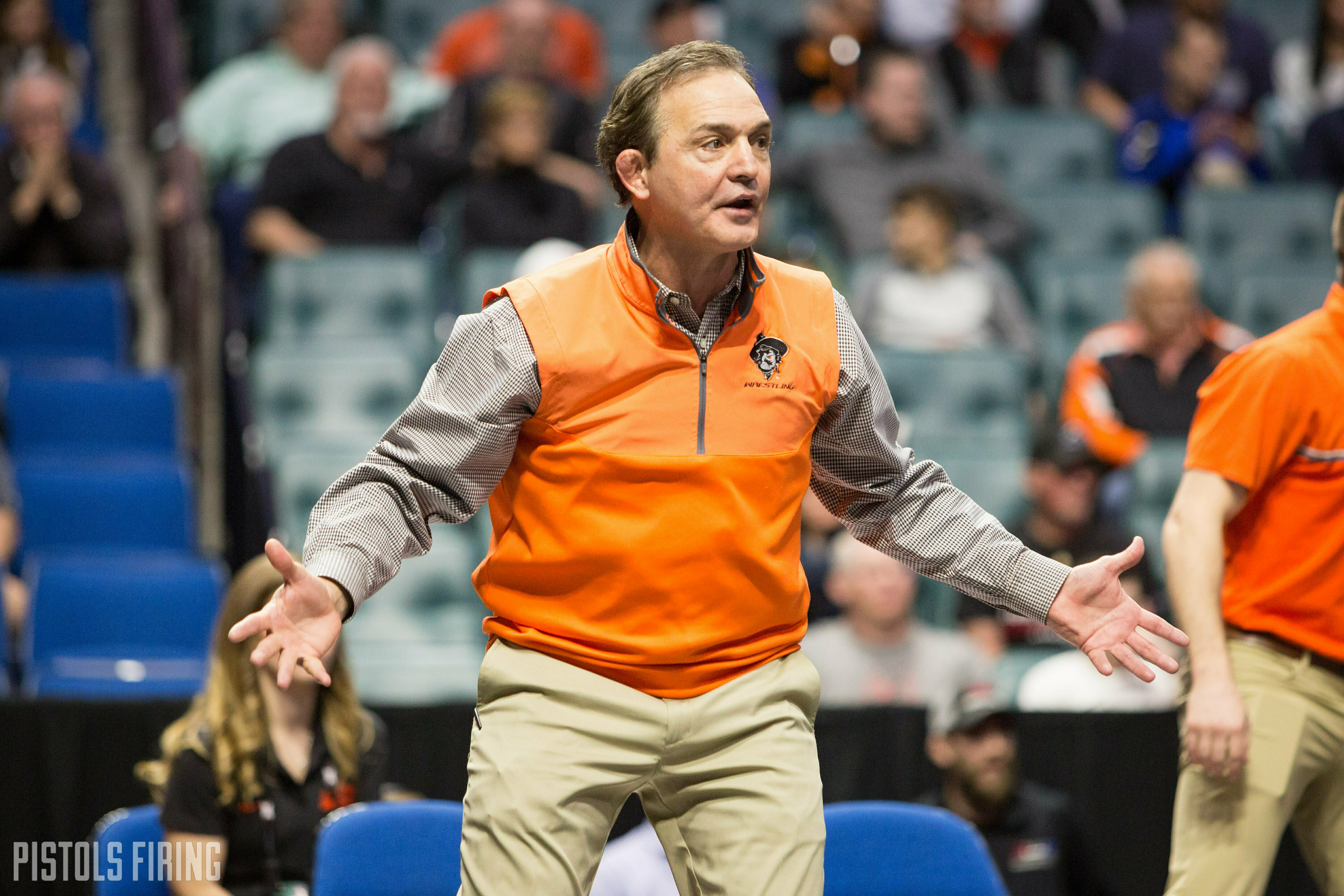 The signing period for wrestling starts Wednesday, November 14. The Cowboys are expected to sign seven recruits for this 2019 class.

Let’s take a look at those pledges, their ranking and their projected collegiate weight class.

Ahead of signing day I thought I’d put together a list of the commits and break down some of the expectations for them.

Coming in at Nos. 6/3 Balmeceda is the highest ranked of this group. The three-time state champion out of Florida is very good on top, to a point that it will be a significant difference maker in many of his college matches. Similar to what we’ve seen with Preston Weigel, you can expect Balmeceda to score riding-time points often and get turns that hopefully translate to bonus. He’s good, not great on his feet, but solid enough defensively where he can force matches to be decided on the mat where he’s strongest. If he can develop some more offense on his feet, and continue to dominate on top, he could be very dangerous in college

OSU picked up a commitment from Manibog on November 5. This was a really nice late pickup. I mentioned it when we first learned of his visit, but upside, under-the-radar, potential, underrated, all those types of words and phrases is what I would use to describe Manibog. In all actuality he’s ranked fairly high as he’s a top 10 prospect in his weight class. He’s pretty solid in all phases and reminds me a lot of a more talented version of Nolan Boyd in his approach to wrestling. I’m really excited to see how Manibog develops once he gets to Stillwater.

One interesting dynamic here is Manibog and Balmeceda are fairly similar in size, Manibog will be wrestling at 160 this year and we’ve already seen Balmeceda at 152/160 this season. You want to see them separate out. OSU has bottlenecks in their lineup this season and one has to hope they can avoid them in the future. More than likely you assume one will go 157 while the other 165. There’s an outside chance one cuts to 149.

In a different way, Witcraft is another pledge that I see a lot of potential upside in. With Manibog I think he’s simply underrated/overlooked, with Witcraft he’s just a lot of raw talent that, with a little shaping, could blow up and be a major force at the college level. An Oklahoma state champion out of Broken Arrow, Witcraft is extremely athletic, and when he’s on, he’s on. He was a Fargo freestyle runner-up this year and Greco champion in 2017. Reece reminds me a lot of Chandler Rogers. He has absolutely no fear when it comes to going upper body and is incredibly exciting to watch.

Watch him let it fly here on his way to a Greco National title. The throw at around 2:30 into the video is sick.

Newton is a three-time state finalist out of Choctaw, Oklahoma. He is a really solid, really consistent wrestler. I get a lot of positive feedback on him as a kid. People say he shows up on time to practice everyday, works hard, good grades, respectful, etc… and you see that reflected in his wrestling.

The interesting thing with Witcraft/Newton is they are the exact same size. Both will be at 132 this year and they actually wrestled multiple times last season at 126. Newton won most of their matchups throughout the regular season and Witcraft won in the state final.

As they move into college they’ll likely separate out in size, one could easily go 133 and the other 141. There’s also an outside chance one could move down to 125, which will be a need in a few years when Piccininni graduates, and if Fix stays up at 133. They could create an interesting lineup tandem with the steady consistency of Newton opposite the high flying style of Witcraft.

Lindsey is the most recent commitment for this class. Out of Derby, Kansas he was a state champion as a freshman, finished third as a sophomore, and was a runner up last season. He’ll be at 170 this season and projects as a college 165-174. He was also a Greco All American in 2017.

Out of Derby, Kansas, and a teammate of Cade Lindsey, Wills turned a lot of heads at the Kansas state tournament last season when he knocked off current Cowboy Jalin Harper in the state final at 160 pounds.

How did Triston Wills (@triston_wills) become @DerbyWrestlin’s most recent state ???

See ? of all 6️⃣ points & a night he won’t soon forget. pic.twitter.com/uv1hZBNpUO

His jump from 160 to 182 this season will be interesting to follow.

The two time Montana state champ could be an important cog for the Cowboys in a few years. He projects as a college 149-157. With Manibog putting on a little size and likely winding up a 157-165 in college, there aren’t any other commits that clearly look like they could end up at 149. McLane could.

Similar to Manibog, I’ll be interested to see how moving from wrestling in a state not known as a hotbed for the sport, to the Oklahoma State room impacts his game. Will he feed off of it and jump levels or will he struggle with the transition?

The signing period for wrestling lasts through August of 2019, so if all these guys aren’t inked on Wednesday don’t be shocked. Also don’t rule out a few more signees jumping on-board later.