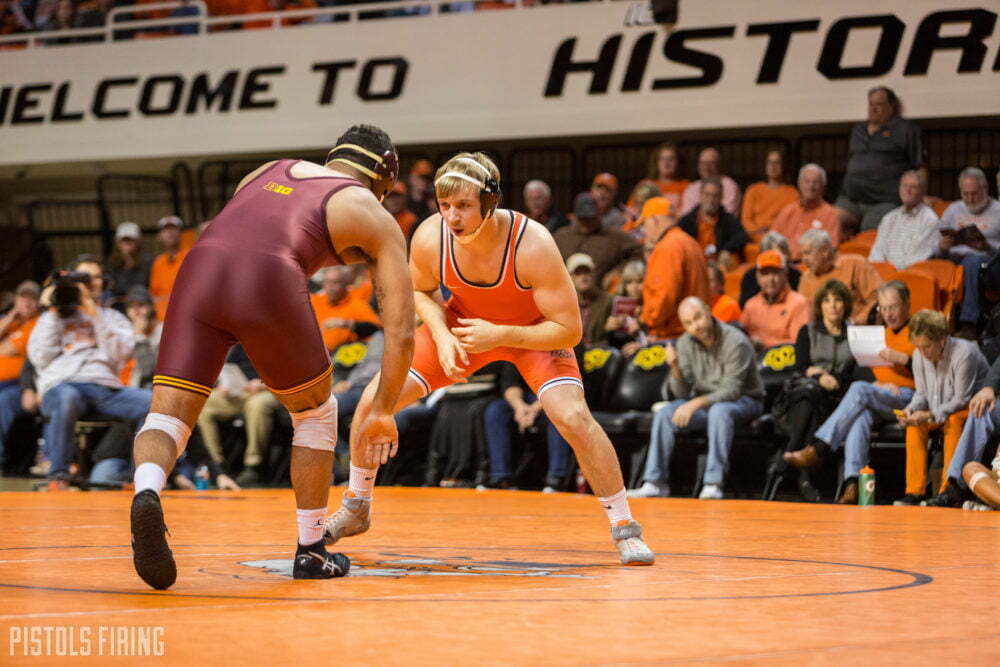 The Cowboy starters won’t be making the trip to Chattanooga for the Southern Scuffle but there’s still plenty of action worth following January 1st and 2nd.

125. At 125 we’ll see Daton Fix in his second college tournament. He won his debut tournament in Reno with some really gutsy wrestling and taking out two ranked opponents in the process. Here he’ll have to beat out last year’s NCAA champ Darian Cruz to win and will have to run through the 2 seed, 12th-ranked Jay Schwarm to get to him. Fix gets the 3 seed and will be on the opposite side of the bracket from Cruz. Hopefully we see a Cruz-Fix final.

141. Kaden Gfeller will wrestle unattached at 141. This will be a good tournament for him. From what I’ve seen of him so far this year I think he has a legit shot to win this tournament but it’s a very deep weight and he’ll have to win a lot of tough matches to pull it out.

There’s really no “superstar” at 141 in this tournament that you would naturally pencil in as the automatic champ but there are a few other redshirts that are legit along with some decent wrestlers and I would argue that really anyone of five to six guys could come out on top of this weight.

Also watch out for Penn State’s Nick Lee and Jared Cortez. Lee is a redshirt wrestling unattached and Cortez is there starter. There are two to three other fringe top-20 types that could make for interesting matches also.

149. At 149 you have Tristan Moran. Tristan’s a really solid wrestler but seems to have fallen into third in the three-way race to start at this weight with Lewallen having the edge and Martinez being No. 2. I still think he has a chance to finish high here. He won’t win the tournament but placing would be a good sign.

The Bob Smith Open isn’t near as tough a tournament as the Scuffle though. Here he could run into last year’s NCAA champ Vincenzo Joseph or former teammate and four-time PA state champ Chance Marsteller.

I think Joe is pretty solidly better than anyone else at this weight but matches with those two should be interesting. He has still been battling the same infection that’s plagued him for a while now. John Smith said on the radio show last week that this is why he missed out on the Reno tournament. Hopefully it won’t be an issue here and he’ll be able to go. He won’t see Marsteller or Joseph until the final.

184. The next big weight for the Cowboys is 184. We found out last week that Marsden would be making his 184-pound debut here. It will be big to see where he’s at here and how he’s handling the weight cut.

This is a tough weight at this tournament. Probably the toughest one but there’s only one complete hammer in Bo Nickal. The rest of them Marsden can probably hang with. If he can place fairly high here it’s a very good sign for the team going forward.

Other OSU entries are listed below

The event can be streamed on Flowrestling.Com but it does require a subscription.