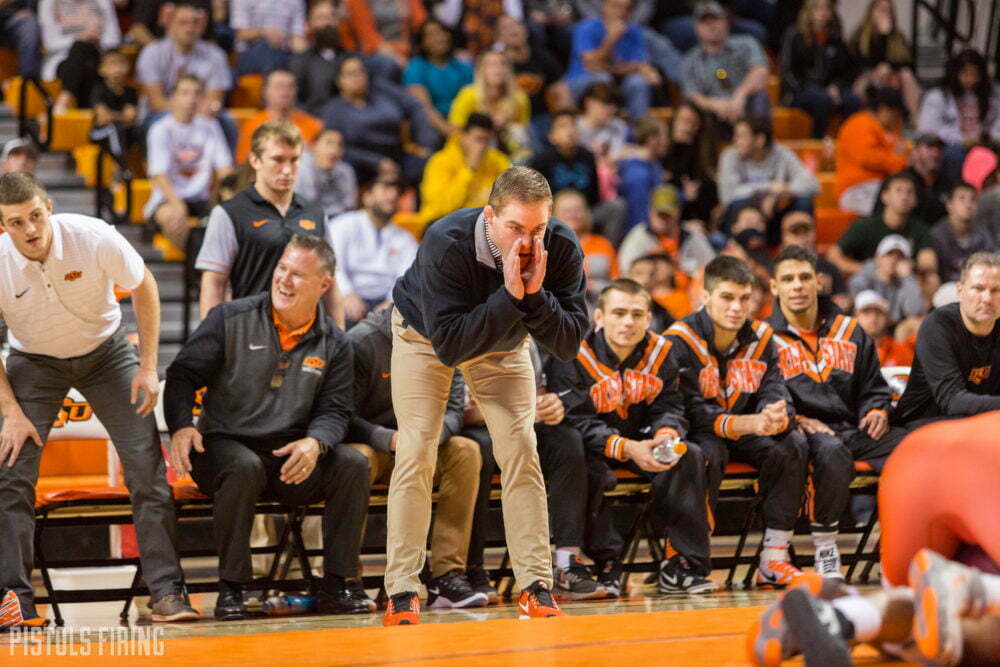 The Cowboys sent most of the team to Ft. Hays State this weekend to compete in the Bob Smith Open, and eight wrestlers walked away winners.

The Cowboys had the rest of the field pretty outgunned before they even stepped on the mat. Cowboy wrestlers were the No. 1 seeds at every weight in this tournament, but there were some talented wrestlers in spots creating some excitement at a few weights.

Some of the more interesting matchups ended up coming in the matches between fellow Pokes. The Cowboys have a pretty intriguing battle to start at 149. They sent all three of their contenders to this tournament and may have gotten a little more clarity on who they want as the starter.

Boo Lewallen came in as the No. 1 seed with Geordan Martinez as the No. 2 and Tristan Moran as the No. 3. Martinez ended up knocking off Moran 7-2 in the semis setting up a final between Martinez and Lewallen. In the final Boo edged out Martinez 7-6.

Boo is undefeated on the season and now has two head to head wins over Martinez and one over Moran. He seems to have set himself up with a bit of an edge to take over as starter next semester when he’s eligible.

This was also the first time this year we’ve seen Joe Smith. Smith is redshirting this year, but wrestled this tournament unattached at 165 vs. 157 where he was the last two years. Smith made his way through the bracket and into the final pretty easily. It looked like this would set up a match between him and Chandler Rogers, but Joe forfeited to Chandler in the final. Chandler pinned his way through the tournament.

The Cowboy starters won every other weight with the exception of 174 and 184. At 174 Jacobe Smith ran into undefeated freshman out of Nebraska, Mikey Labriola in the final. Labriola took the match 7-6.

At 184 Keegan Moore dropped his semifinal to Noel Torres of Newman 8-3. Moore came back to finish 3rd. Smith announced earlier this week Preston Weigel was back from injury. This could force Andrew Marsden down to 184 and into a battle with Moore for that starting spot.

One other notable item is starting HWT Derek White was not in this tournament. Backup Blake Andrews was slotted in as the starter and won the tournament comfortably.

Tournament champs are listed below.