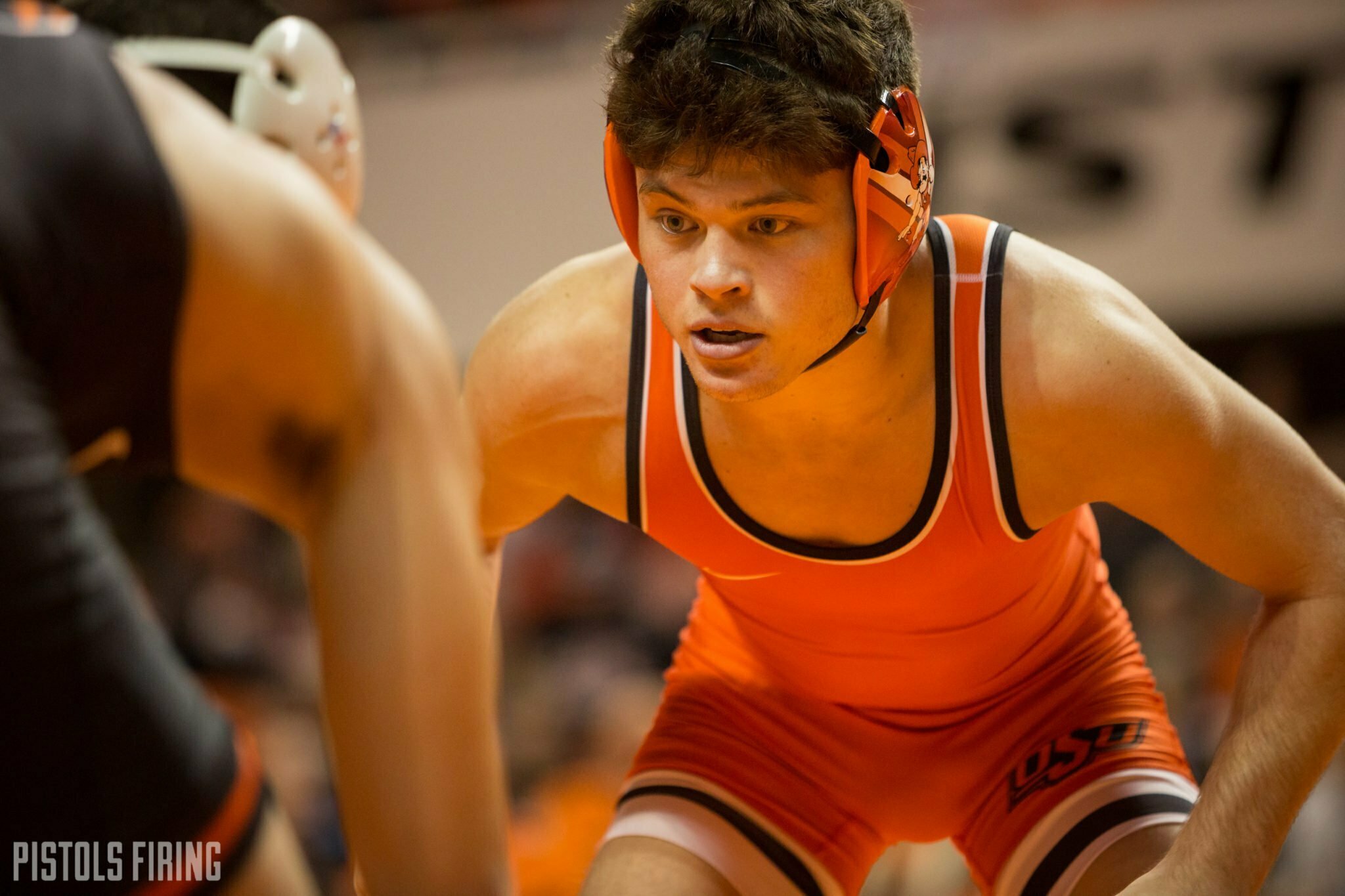 After dropping their Saturday night dual with Northern Iowa, the Cowboys bounced back nicely with a 23-9 win over Iowa State.

The Cowboys performed pretty well across the board, but significant wins at 133, 174, and 184 carried the dual.

Reece Witcraft found himself in a battle with 15th-ranked Todd Small. The match had some back and forth scoring, but Small held the lead the entire match and had a 2-point edge in the third when Witcraft threw Small picking up a takedown and two back points to go up by 2. Witcraft rode for most of the rest of the period and gave up an escape late, but held on for a 9-8 decision.

At 174 Joe Smith wrestled in his second dual of the season and matched up against 11th-ranked Sammy Colbray. The match ended up 1-1 in the third when Smith picked up a takedown then gave up an escape with about a minute left. He picked up another takedown toward the end of the period to pick up a nice 5-2 win.

John Smith spoke on Joe after the match.

“I think he just needs to get a couple more matches in,” said Smith “get a little more comfortable, make weight more often, you know those are things he needs to focus in, he’s healthy right now and that’s good…he hadn’t wrestled since the Scuffle because of injury.”

At 184 Anthony Montalvo had a pretty strong weekend. He hung tough with fourth-ranked Taylor Lujan on Friday and picked up a minor upset here over No. 17 Marcus Coleman. After no scoring in the first, Montalvo got a full period ride in the second which included a stalling point. In the third Montalvo got a reverse and another long ride along with one turn to go up 5-0. After a last second reversal Montalvo won 6-2.

The Cowboys dropped matches at three weights and all against ranked opponents. At 141 Dusty Hone fell to eighth-ranked Ian Parker 5-2 and Wyatt Sheets dropped his bout with third-ranked David Carr 14-6 at 157. Neil Putnam made the start at heavyweight and was downed 6-2 by No. 14 Gannon Gremmel.