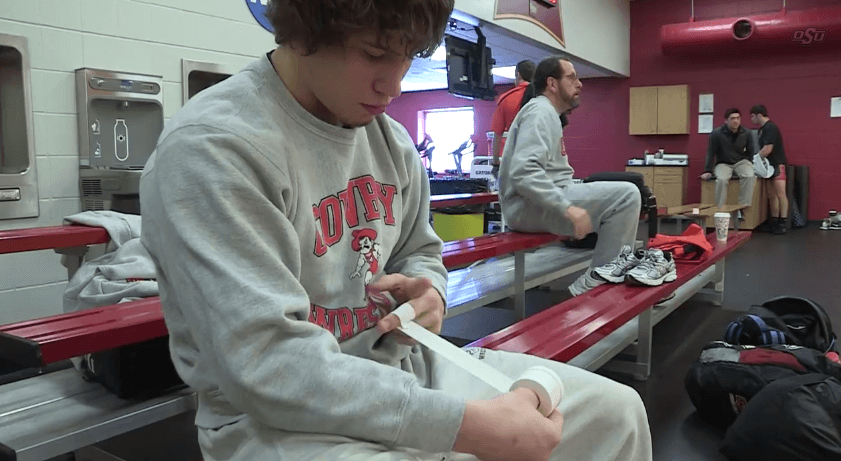 Alex Dieringer gets ready for his match. (Via YouTube)

For the 49th time in school history (an astounding number considering OU and Iowa State have been involved), Oklahoma State emerged with a conference wrestling title over the weekend.

It didn’t lose a title match (7-0) and toasted the other three teams at the event, beating Iowa State by 24 points and WVU and OU combined by 14.

“Each championship – they’re important,” said John Smith. “We like winning them, and this one is as satisfying as a lot of them…”

Spoken like somebody who has to create new ways to say “this was a big one” seemingly ever season.

Here are the highlights from Hilton…