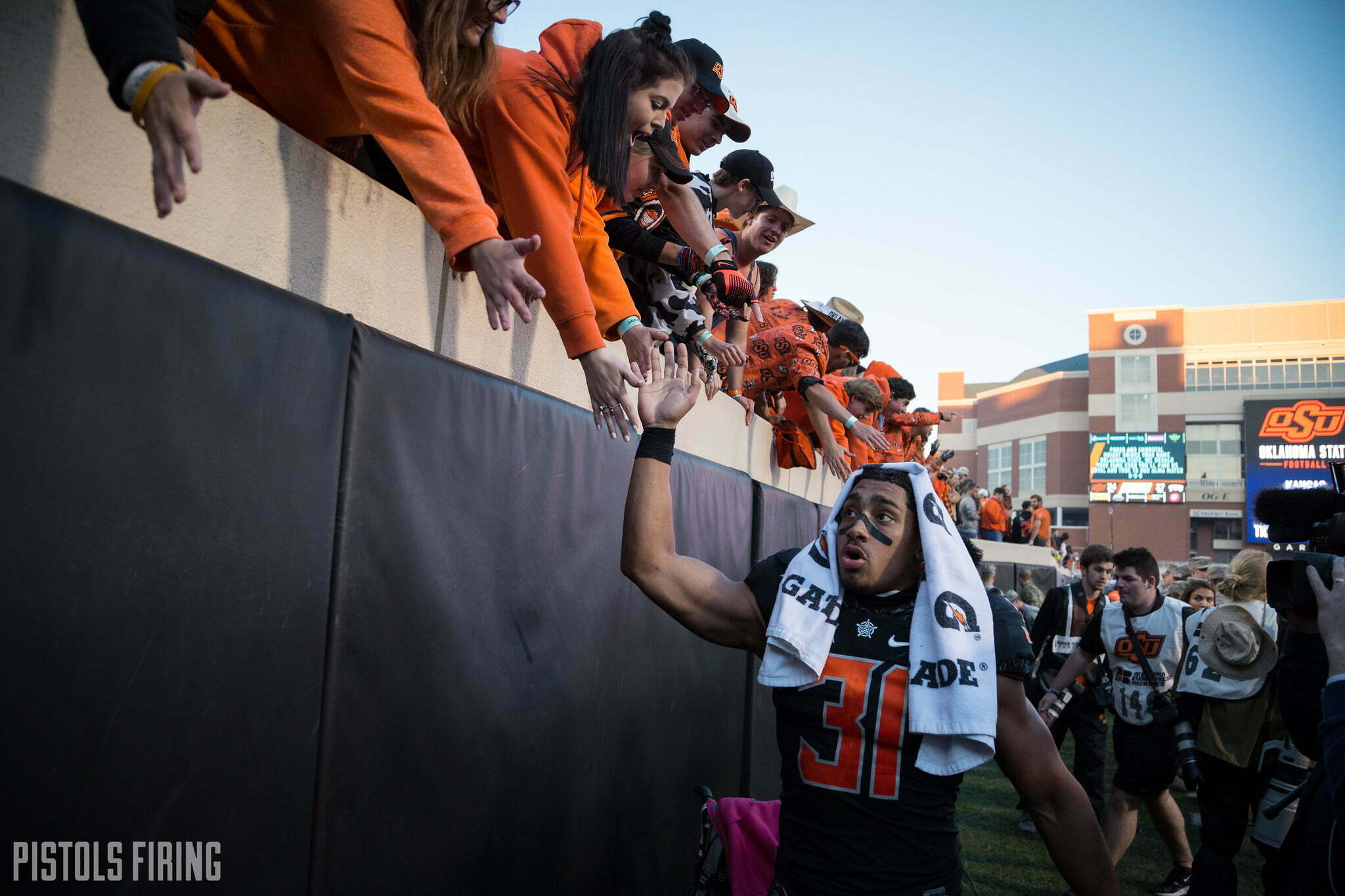 A debate has broken out into a mini-war on social media during the past few days, with Pac-12 fans questioning Oklahoma State’s value it would bring to the league if it were to expand into the Bible Belt.

As all the conference realignment chatter does, it starts with football, where the Cowboys are 7-1 against the league since 2010. But if Texas getting a spot in the SEC (despite a mediocre past decade) proves anything, it’s that it isn’t necessarily all about the results but rather the eyeballs schools can bring — something that OSU has also done a solid job with despite perhaps not being a traditional “blue blood.”

Adam Lunt laid out an informative Twitter thread a few weeks ago that showed OSU had two games with more viewers than any Pac-12 game during the 2020 season. Those games game against OU and Texas, but the Pokes’ game against Iowa State would’ve ranked third among Pac-12 games that year, behind only USC vs. Oregon and USC vs. UCLA.

But what about actual butts in seats?

Attendance has been an interesting topic surrounding Oklahoma State since Bill Haisten reported this week that he expects “a significant announcement regarding OSU football facilities/amenities.”

Boone Pickens Stadiums’ capacity sits at 55,509, and with an expanded capacity, more Cowboys fans would almost assuredly come to games. However, even with the stadium as is, OSU’s attendance average would have been third in the Pac-12 in 2019.

The average Pac-12 stadium capacity is 56,030, slightly higher than BPS, but Pac-12 schools have had a difficult time putting butts in all those seats, as only Utah, Oregon and Colorado have a higher percentage of attendance compared to capacity in the Pac-12.

As OU and Texas are (soon to be were) the Big 12’s biggest brands, the Pac-12’s biggest brands are probably USC, Oregon, UCLA and Stanford. Here is a closer look at how OSU’s attendance numbers compared to those three schools in 2019:

There are a few potential flaws with that being just one season’s worth of data. How good each team was that year is a major factor, as it what home games each team had. But, it’s not like the 8-5 2019 Pokes were the hottest team Stillwater has seen in a while, and the Cowboys hosted McNeese and Kansas that year.