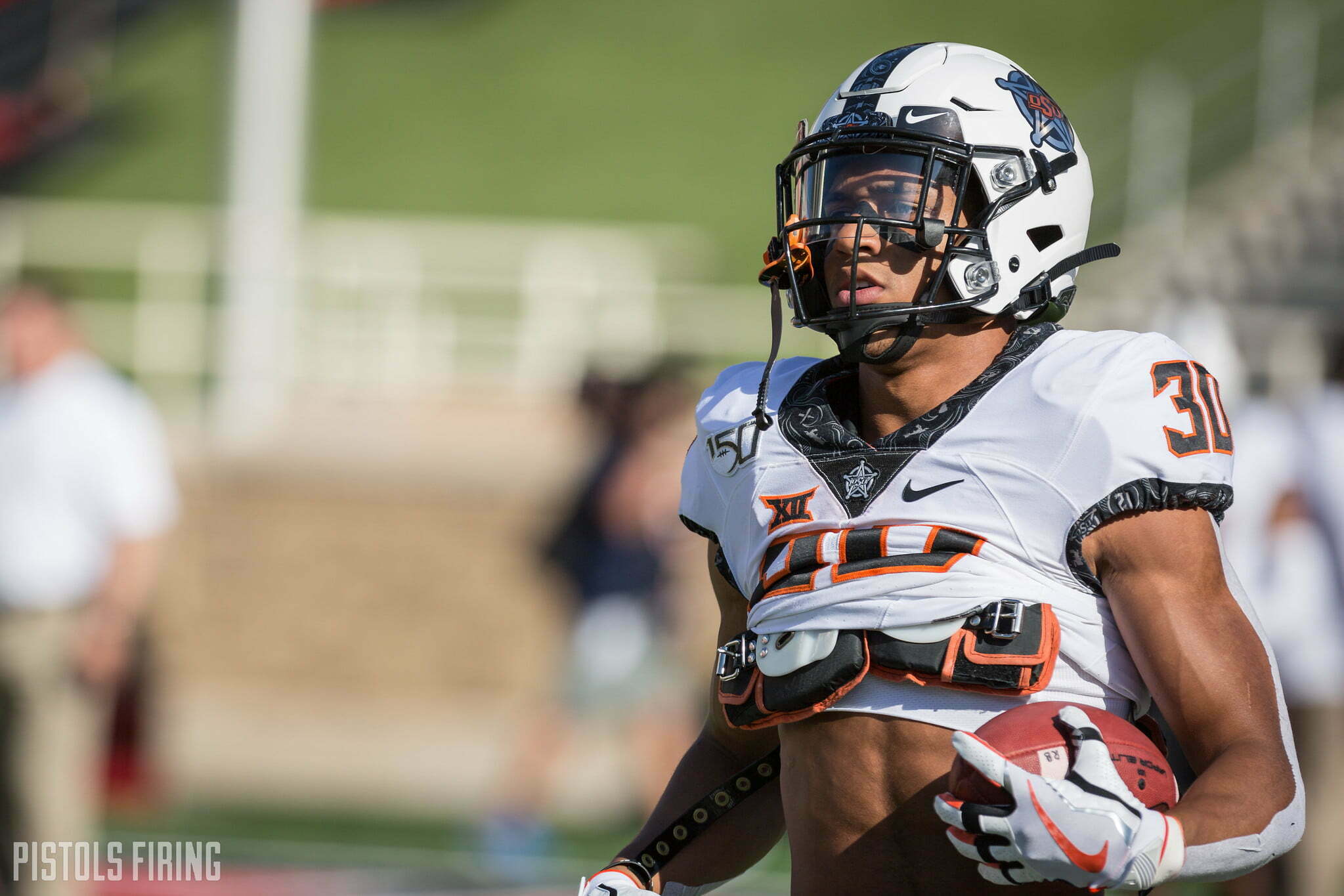 The news of Tylan Wallace’s 2020 return generated a wave of offseason hype that crashed over the normally landlocked Stillwater, America. Then that swell turned into a tsunami when Chuba Hubbard followed suit.

Oklahoma State is heading into one of the more exciting summers in Mike Gundy’s tenure with the type of palpable offseason buzz that fuels championships. But the danger with big waves is that they can crash down and wreck a perfectly-manicured mullet.

It’s something that I was thinking about recently after reading this tweet from must-follow Adam Lunt quoting another must-follow, ESPN stat guru Bill Connelly.

Important thread. OSU returns 2nd most snaps in FBS and 1st most snaps amongst top 40 SP+ teams. The time is certainly now. https://t.co/CEe9eSfCSh

Here are the specific tweets he’s referring to.

Oklahoma State lost its star WR and starting QB midseason and sunk to 36th in SP+. Now it gets both back, PLUS Hubbard and top-5 returning production overall.

While the return of this Big 3 raises the Cowboys’ 2020 ceiling, it’s the overall returning experience that shores up its floor. It’s hard not to draw comparisons to both the 2011 and 2017 offseasons. Whichever trajectory this team mimics will have huge implications on the program moving forward.

The 2011 Cowboys, led by a Big 3 of Brandon Weeden, Justin Blackmon and Joseph Randle, were the best and most successful of Gundy’s tenure, perhaps in school history. That team took the Big 12 by storm, winning OSU’s first conference championship in over 60 years and falling just short of winning it all. Gundy-coached squads have been striving to live up to that benchmark for going on a decade.

And let’s not forget how deep with experience that team was. The 2011 Cowboys returned 19 players with starting experience — nine on offense (including five offensive linemen), seven on defense and three on special teams.

We thought we just might see its rival in 2017 when Mason Rudolph and James Washington announced their plans to return to go along with Justice Hill and what would be another 1,000-yard receiver in Marcell Ateman, essentially a Big 4.

That 2017 team returned 20 players who had started a game — 14 on offense, five on defense and one on special teams. That team was dynamic on offense but also proved inconsistent, dropping three Ls at home and finishing with probably the most disappointing 10-win season in program history.

The 2020 Pokes have to replace just three offensive starters in receiver Jordan McCray and linemen Johnny Wilson and Marcus Keyes, just one starter on defense in cornerback A.J. Green and kicker Matt Ammendola.

With the law offices of Sanders, Wallace & Hubbard taking up the Big 3 mantle — and Braydon Johnson pushing to make it a Big 4 — the biggest questions for OSU’s offense, assuming everyone stays healthy, are threefold. (I’m inclined to be optimistic about all three, but they are still questions.)

1. How quickly Kasey Dunn can hit the ground running as a playcaller?
2. How much Sanders has progressed after another offseason?
3. How quickly can Charlie Dickey retool the O-line

There’s also reason for optimism when looking at Oklahoma State’s defense. Jim Knowles’ group showed marked improvement over the back half of the season (minus that Bedlam game). It returns 10 of 11 starters from last year and, apparently, Calvin Bundage who sat his senior season due to injury but would bring 20 starts worth of experience himself.

That adds up to warm feelings for OSU fans when looking forward to this fall, but we’ve been here before — and we’ve been disappointed. And that’s what really stuck out to me about Lunt’s original tweet. The time is now.

What happens if Spencer Sanders turns it over eight times in the first six games? What if the defense we saw on a four-game streak was just a byproduct of playing three of the four worst scoring offenses in the Big 12?

Hubbard will have played his last game in orange, of that I am sure. Tylan Wallace will too — of that I am even more sure. OSU’s hope for the future will have quickly evaporated into the past tense with their departures and two years will have been invested into a supposed savior who didn’t live up to the Brandon Weeden or Mason Rudolph-like expectations we so badly wanted to pin on him.

Sure, fans are always ready to buy into the next four-star gunslinger on the horizon (it’s in our nature), but as the Cowboys’ CEO continues to collect big-league paychecks and turn out mid-tier results, his public opinion capital will dwindle. And I’m not sure he’ll have a pair of stars like Tylan and Chuba to bail him out in 2021.

The opposite side of the great expectations coin here is great variation. The bar has been raised (which is a good thing), but if you rise to play for a Big 12 title, you’re simply meeting the level you’ve set it at. Anything else and you’re falling short. As a program, this is where you want to be every year (this is where OU is every year), but for a singular season it can engender a lot of angst and a lot of nerves over the course of 12 (13? 14? 15?!) football games.