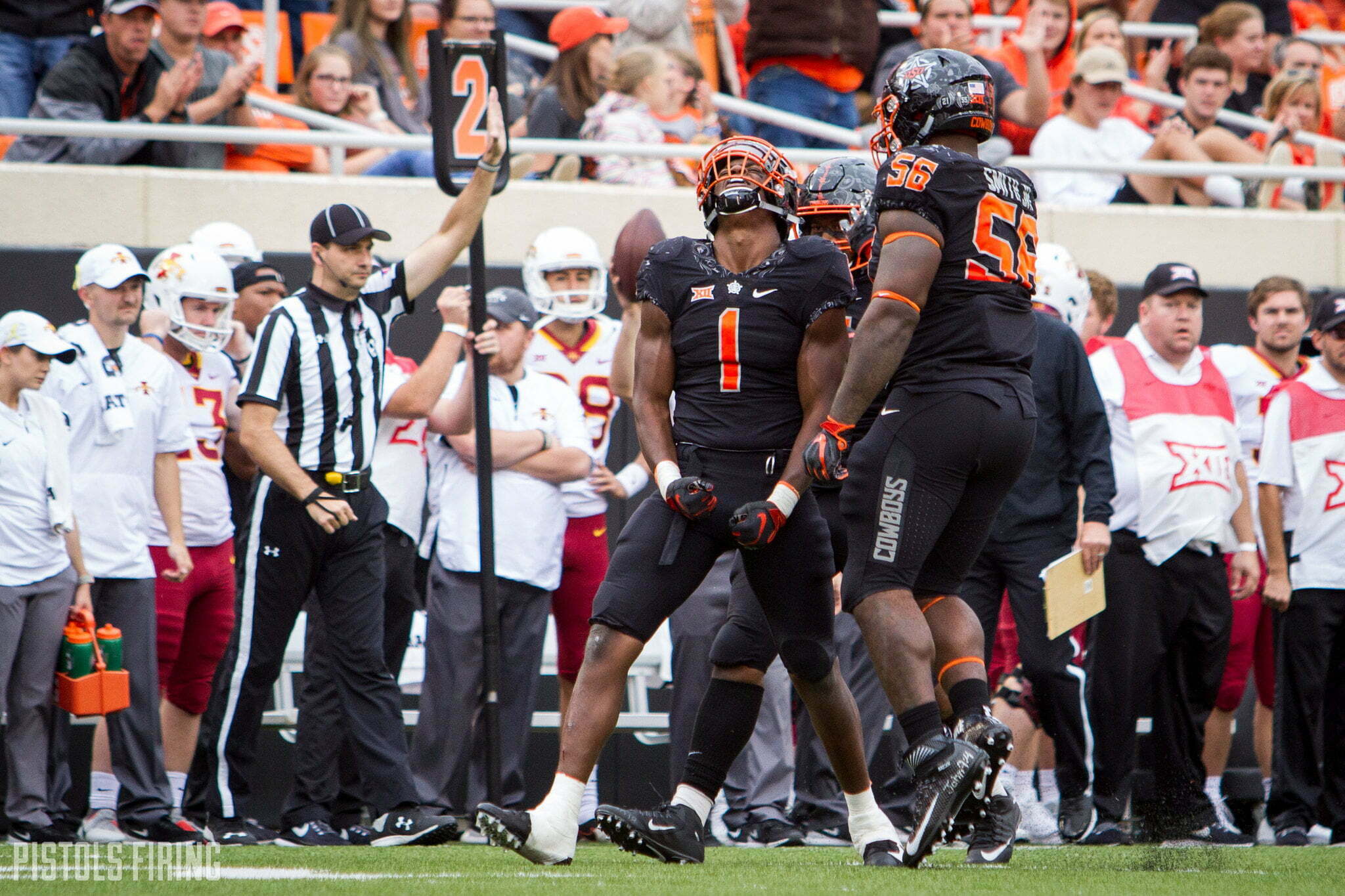 STILLWATER — The year of 2019 was an odd one in regards to Calvin Bundage.

But based on a quick sentence at Oklahoma State’s pep rally Tuesday, 2020 could be an exciting one for OSU’s head hunter.

“Calvin Bundage is coming back,” Amen Ogbongbemiga said to the crowd.

The statement got a solid cheer particularly from the half circle of players standing around the stage.

Bundage was one of the most popular OSU defensive players coming into the 2019 season before a back injury kept him out for all of it. Almost polarizing for his hit or miss style, Bundage had 129 total tackles, 4.5 sacks and 14.5 tackles for loss in his first three seasons as a Cowboy.

With his absence from action dragging on since fall camp, rumors started to swirl whether he would return to the team, but according to his position-mate, Bundage will return to terrorize Big 12 ball carriers in 2020.

Bundage’s return adds to one of the more exciting returning OSU defenses in recent memory. The Cowboys return 10 starters from the 2019 season, only missing corner A.J. Green.

Going along with that Mike Scott and Kevin Henry are the only other defensive contributors that OSU will be without from 2019. Here is a long list of returning players with at least 20 tackles for OSU this past season:

A Bundage return and the addition of Collin Clay makes OSU’s 2020 defense one of the deepest in Gundy’s tenure.

OSU will need another corner after losing Green to graduation, but the Pokes have bodies at the position. Mike Gundy spoke highly about Thomas Harper throughout last spring and into fall camp. Harper played in 12 games as a true freshman, where he had 13 total tackles and a tackle for loss. He’d probably be the betting favorite at this point, but there is still a long way to go from now until the season.

“Somebody has to step in at corner,” Ogbongbemiga said. “There’s a bunch of options. I’m not worried about it. Everybody is ready to go. We’re going to work hard, and we’re going to try to bring y’all a Big 12 and national championship.”