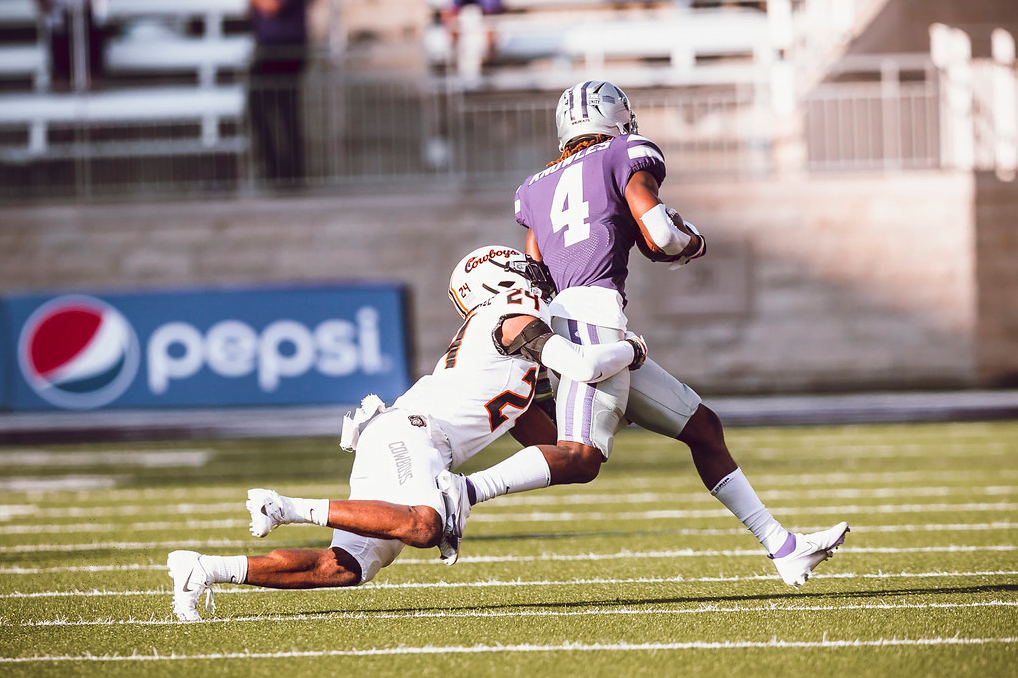 There was a lot about Oklahoma State’s 20-18 win over Kansas State that reminded me of its 2018 loss in Manhattan, especially in the first half.

Both games came after a heartbreaking loss at home (48-42 to Iowa State in 2018 and the overtime blow from Texas this year).

In each of these K-State games, OSU struggled to scored for huge stretches, and its traditional ground attack was ineffective. On the last trip to the Little Apple, Justice Hill was limited to just 41 yards. On this trip Hubbard, who was banged up, totaled just 31.

Fortunately, LD Brown — who was reported as an injury scratch — did play and played his tail off, matching a career high with 110 yards. But it took a couple of his chunk plays for the Cowboys to hit 148 yards rushing and still only average 3.7 per carry.

A glance across the box scores for both games reveals some other similarities. Taylor Cornelius totaled a season-low (to that point) 184 yards. Spencer Sanders had 108. OSU’s offense mustered just 14 first downs on Saturday less than the 15 two years ago.

A seemingly innocuous K-State quarterback running all over the field (of course that might just apply to every game in the series). OSU even won the turnover battle 2-0 in both games.

But there was one huge difference in the OSU team that escaped with a win this year compared to one that dropped a 31-12 loss in 2018 — stellar defense. More broadly, and veteran-heavy roster despite huge losses on both side of the ball due to injury.

“I told the team after the game that this was a really big game for them because we limped through practice this week on both sides of the ball,” Mike Gundy said on Saturday. “We didn’t get quality work. When you don’t get quality work during the week in practice, your results usually aren’t very good.

In a change that must be somewhat refreshing, Gundy has been able to trust his dominant defense which, to this point in the season, should have showed its warts but hasn’t.

Through six games, OSU leads the Big 12 in scoring defense, opponent third-down percentage and TD percentage in the red zone.

Kansas State’s 8-of-18 on third downs was the highest rate OSU has allowed all year, but Jim Knowles’ group was still able to get key stops down the stretch.

OSU defenses are supposed to start wearing down by November. They’re supposed to lose their edge late in games, and the Cowboys had the opportunity to do just that on Saturday.

With just a two-point lead and two minutes to burn, OSU’s final drive stalled. But instead of forcing the ball on third-and-13 in his own territory — while OSU flirted with just its second turnover-less game of the year — Gundy handed it off to LD and trusted his defense to get the stop.

“Without really good culture and team chemistry, players caring about each other, my history is you don’t win these games.”

The Cowboys will need to come out of the upcoming bye week as close to full strength as possible because on the other side of this off week will be the biggest test for OSU’s defense and its veterans, a trip to Norman.