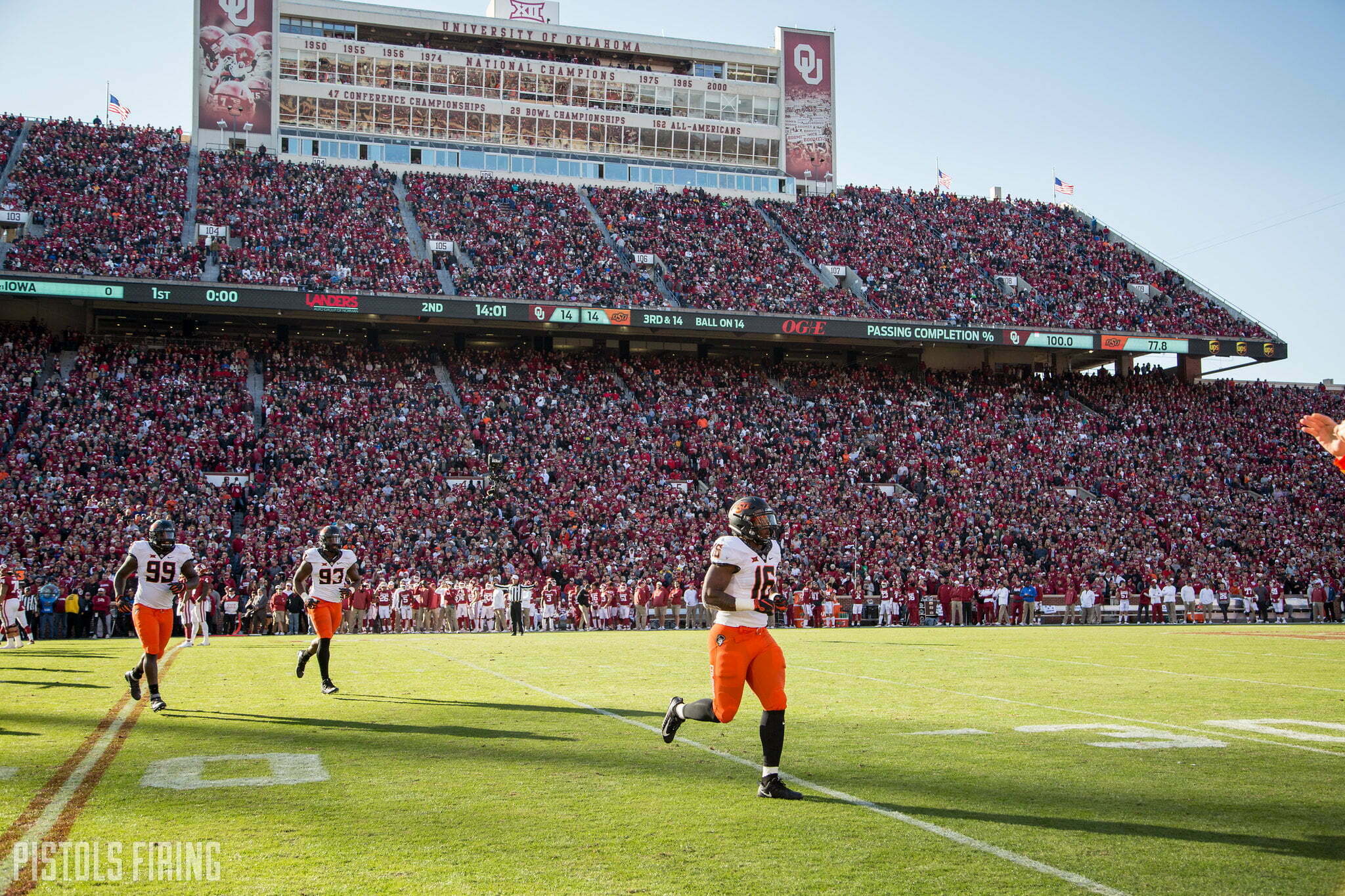 There will be a lot of fallout for Oklahoma State with Oklahoma and Texas moving to the SEC, but one of the issues that comes up is what to do with Bedlam.

There has been a big discussion as to whether OSU should play OU should the teams be in different conferences.

The argument against continuing the series for OSU is it allows the school to get out of the Sooner shadow, and it was OU’s decision to leave the conference, leaving OSU out to dry, and putting Bedlam in jeopardy. However, there is also a financial benefit for playing the game.

The Sooners officially accepted their invitation to the SEC on Friday at a board of regents meeting, where OU leadership said it was in favor of continuing the series after the Sooners exit the conference.

OU athletic director Joe Castiglione said it ought to keep going like with rivalries between Iowa and Iowa State, and Florida and Florida State — schools from the same state but in different conferences.

Both Castiglione and OU president Joe Harroz made mention that the Sooners intend to be in the Big 12 until the media rights deal is up in 2025, though that has been disputed, but when it ends, OU’s leadership says it wants Bedlam to stay.