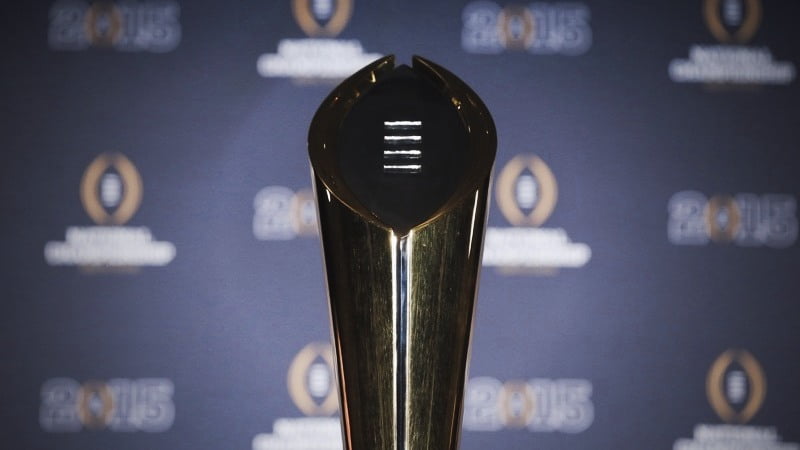 But our vitriol — all of it — is misplaced. The committee is silly, yes. And incredibly biased. But it is also doing exactly what it said it would do. Or at least is is trying to. The real morons here were all of us who said, “12 people with inherent biases will totally be better than a bunch of computers!”

Look at what the committee says its mission is on its own website.

The committee’s task will be to select the best teams, rank the teams for inclusion in the playoff and selected other bowl games and then assign the teams to sites.

Select the best teams. Even the language is ambiguous. It doesn’t say most-deserving or “teams with the best resumes.” It just says “best teams.” Now you can see why Ohio State is No. 3. You can understand why Alabama (which lost to a three-loss Ole Miss squad) is No. 2.

Until this thing is five conference winners and some at-larges, there are going to be a lot of one-loss and two-loss teams with a complaint. By the way, how retrospectively hilarious is is that the committee (or NCAA) decided on four playoff teams for five conferences and we were all like, “sweet, sounds great, what could go wrong?!”

Then it lays out its criteria.

The committee will select the teams using a process that distinguishes among otherwise comparable teams by considering:

Conference championships won, strength of schedule, head-to-head competition, comparative outcomes of common opponents (without incenting margin of victory), and other relevant factors such as key injuries that may have affected a team’s performance during the season or likely will affect its postseason performance.

Look at how much BS is in there. Head-to-head, comparative outcomes of common opponents and “other relevant factors.” Haha, OK. The one saving grace for OSU if it runs into Notre Dame at the No. 4 slot in two weeks is that the committee (allegedly) values conference championships.

But still, the committee is acting how it said it would act. That is to say, erratically. It’s tough to fault them for doing what they said they were going to do from the outset. The real blame is on us and on the NCAA for giving the thumbs up to this process to begin with instead of forcing there to at least be some sort of on-field determinant for playoff teams.

I’ll let Whetsell have the floor.

We broke the BCS.

You don't think we can break this BCS redo?