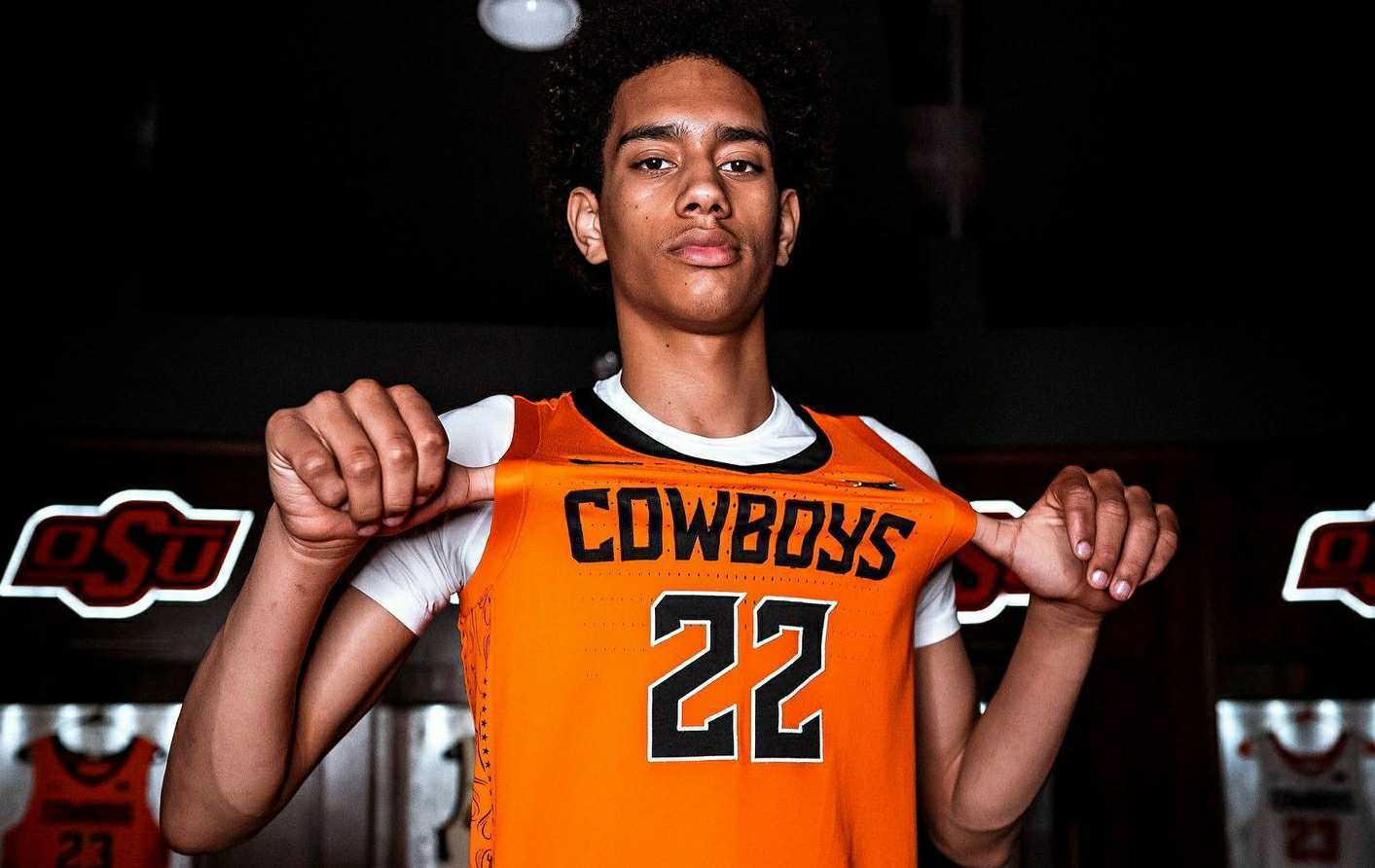 Pierce, out of Union High School, is skilled for his size. He is able to shoot the 3 and is versatile enough to play all around the court. Pierce and Garrison team together in AAU ball with Team Griffin on Nike’s EYBL circuit. Through two sessions on that circuit, Pierce has averaged 8.2 points and 4.1 rebounds a game while shooting 43% from 3-point range.

Already the No. 116 player in the composite rankings, Pierce’s stock has started to rise this spring, picking up offers from Texas Tech and Illinois so far in May. Pierce and Garrison are part of a stacked 2023 class in Oklahoma. They join former OSU commit Parker Friedrichsen and Norman North guard Jeremiah Johnson as four four-star prospects in the state.

Pierce spoke with PFB on Friday to break down his OSU visit, his rise and his recruitment as a whole.

PFB: How was your visit in Stillwater?

Trent Pierce: “It was great. I had an amazing time. They had a whole weekend planned from me and my family. I know we all had a great time.”

PFB: Take me through the weekend. What all did you do?

TP: “So because I’d already went on an unofficial back in August, on my unofficial they took me on a tour and I met a bunch different people, the athletic director, people like that. This was more building a relationship type of visit. So we went to breakfast, lunch and dinner with entire coaching staff. In between we had a photoshoot — that was Saturday. I mean, most of it was building relationships with the coaches. We went through a little film session, had a good conversation with Coach Boynton at the end before I left. So yeah, that’s kind of how it went.”