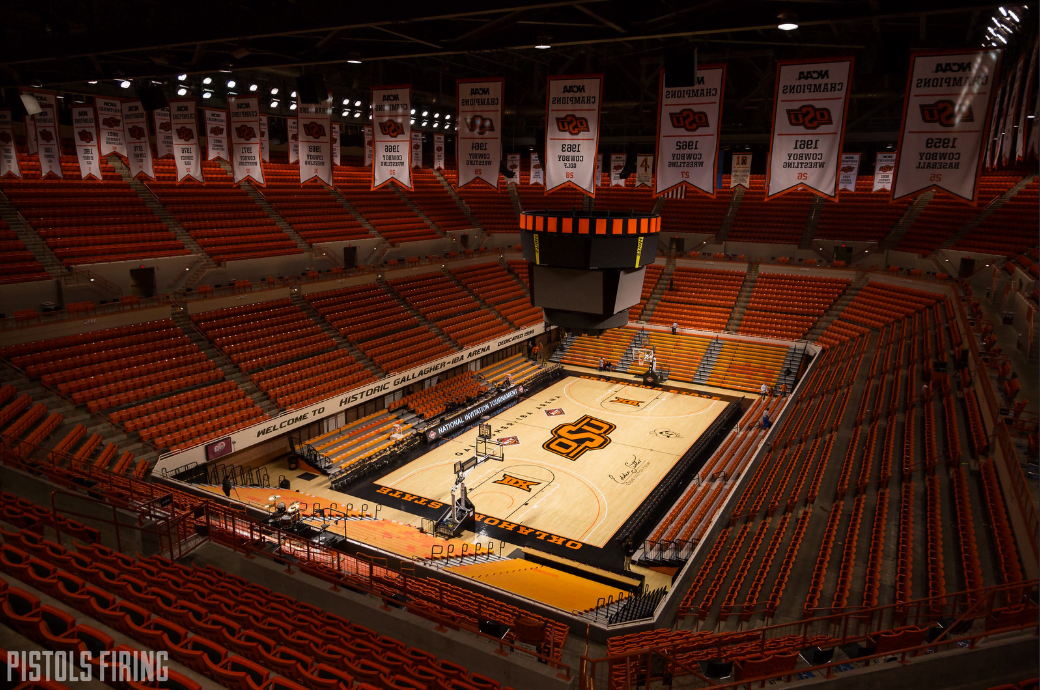 The PFB staff convened to reflect on the absence of sports and how things are going in the worlds we live in the midst of a pandemic. It turned into a free-wheeling and sometimes hilarious discussion, and then Marshall schooled us all in something called “online gaming.” We hope you enjoy.

Kyle Cox: I didn’t write the Qs yet but was just thinking a quick one about WTH is happening out there.

Kyle Porter: I … I don’t know. The range of my internal emotions this past week has been off the charts. The entire thing is astonishing, and I’m at the point that I’m not sure whether I’m more concerned about the virus or the impending (and inevitable) recession.

Cox: Kansas closed schools for the year so I don’t know what the heck we’re going to do if that happens here.

Kyle Boone: I think that will happen here too.

Porter: The calendar year or the school year?

Marshall Scott: Yeah OSU already moved online for the rest of the semester, so I imagine the public school system will soon follow.

Porter: I cannot say this with enough sobriety because I know how affecting it is for families (but also a bit of glee): Welcome to homeschool, homies.

Boone: I am not prepared to home school. But I guess I have a few years.

Cox: Yeah, hopefully we’re back at it by that time.

My 6yo has mapped out an obstacle course through our house and did about 35 laps today.

Scott: My cat does that but in the middle of the night.

Boone: How early is too early to start bench pressing?

Asking for a friend.

Cox: I think the rule is once they can walk, they’re ready.

Cox: What’s been the biggest change for you guys so far?

I just went back into the office after almost a year working remote so going back to the home office has been kind of a trip.

Porter: Well I already practice social distancing at work so I’d have to say church life. Not being able to meet on Sundays. Not having the freedom to just go hang with people when I want to. I think the prevailing emotion in our home has been sadness.

Scott: Not a big change thus far for me. Just odd not being at Allie P. every day or going to other media stuff.

Boone: Yeah, same. No church and no gym has really been the biggest change. Both kinda center me.

Running outside sucks and I will hear no other arguments.

Scott: There’s a Walmart like 10 feet from my apartment, so I used to go like daily when I needed something. It’s been awkward making a grocery list I guess.

Cox: That’s the only place I want to run @boone. I was bummed they pushed the Remember The Ten run but glad it’s not been canceled as of yet.

Porter: Yeah gym for sure. I go with a good group of guys every morning and now …. nothing.

Cox: I have been organizing a lot of people and their transition to remote work, so I’ve had little time to reflect on it but now that things are getting settled, I’m sure that would be the biggest thing. The social distancing, etc. Obviously that and the stress of it all.

Porter: I have definitely felt the stress of an impending recession, both personally, with our business and just as a human who lives in this country.

Scott: At this point I guess I’m still too inexperienced at this adult stuff to understand too much of all that. An ignorance is bliss kind of deal for the time being.

Porter: Some of the stuff on the impact here is just absolutely staggering.

Scott: There goes my ignorance.

Cox: I can’t imagine being someone who was close to retirement and had it all invested.

Boone: Yeah the financial impact on everyone is tough. As a new dad it’s been tough to shake the anxiety of that given how much uncertainty there is with everything. I had a vision on how to raise my child and doing so in a recession with a global pandemic was not in that vision.

Porter: I do wonder sometimes if we’re either overrating or underrating the impact here. Like, will things be back in two months, or will they be back in two years?

I don’t know. There are just so many angles to all of this. Another thing I’ve thought about is how many industries are going to just lose like 20 percent of the companies in that industry (or whatever number). They’ll just … be gone.

Boone: I think that answer is largely dependent upon how we and the government take measures now — and how stringent those measures are. There’s a domino effect to how these things can go.

Cox: Yeah, think about all of your favorite mom-and-pop restaurants, etc. There’s a good chance a portion of those won’t survive.

Scott: Should we talk about any happier subjects? This seemed quite gloomy lol.

Porter: What’s everybody’s prediction on when sports is back?

Scott: Yeah I was going to say sometime in July.

Boone: NBA. I think they’re doing everything they can to try and not cancel the season.

Cox: I hope they are back by July. I can only handle so much Netflix commentary /reviews on Twitter.

Porter: Here’s my prediction: Football back August 15, but then we get a second wave and everything gets shut down until January 2021.

Scott: The North American League of Legends Championship Series resumes games this weekend for those interested. China’s league is already back, though all games are being played online.

Porter: Who is the Chuba Hubbard of the North American League of Legends Championship Series?

Scott: Of NA league, probably this fella named Bjergsen, but there is this guy in Korea, Faker, who is the best to ever do it.

Porter: I need more on this.

Porter: Hahahaha I laughed so hard out loud.

Cox: You could have just made all of those names up and I would not have known the difference.

Porter: I mean he used the name Faker.

Boone: How did you forge an ESPN article?

Cox: Such an elaborate hoax just to mess with the old guy.

Porter: When they give you equity, you are the absolute goat.

Scott: He’s 23, a three-time world champ and makes millions. An unnamed North American team offered him a blank check when he was a free agent this offseason and he turned it down.

I’m done talking about it now.

Porter: Any thoughts on the NCAA leaning toward not scholarshipping winter sports kids?

Boone: Can’t say I’m surprised. It would have been a nightmare for coaches to navigate, and ditto for the NCAA, though I think a one-time exception could’ve worked.

Cox: I don’t know that I’m surprised but it def stinks for those seniors.

Scott: I think that was always what was going to happen. It stinks for those kids, but it kind of just is what it is. Nick Piccininni doesn’t get mentioned a lot in this, but that stinks for him that he didn’t get to compete for a national title as a senior.

Porter: I agree. I don’t know that it’s the right call, but I think it’s the easy one.

It would have been a mess for them to try and sort through all the scholarships and money and rules and everything. I hate to say this but I think the fairest thing is not giving them their senior year over again. Not the best, but the fairest.

Scott: Yeah because then you run into recruits wanting to leave places they signed because all of a sudden some senior is returning where he thought he could play. It just kind of snowballs.

Porter: To be clear: Fairest across the board for the sports, not for those individuals.

Scott: Unfortunate and unforeseen for sure.

Boone: I’d give my left index finger for Cade-to-Cam alleys but I think anything other than the NCAA deciding what it did would’ve sent me into shock.

Scott: I’m over the Lindy slander in my mentions, too. I’ve defended Dizzy for forever, and now a vocal minority turned on Lindy. Won’t stand for it. Don’t read it. Lubbock Lindy, nuff said.

Porter: Does Faker get minutes as a walk on if Lindy transfers?

Scott: Not sure on his athletic prowess personally. 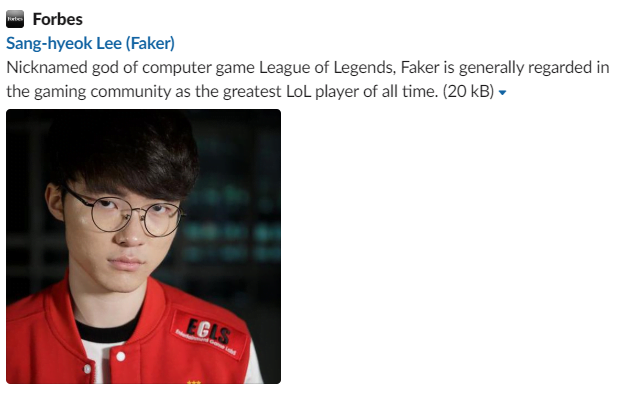 Scott: When CBS starts freaking out needing esports content in a year, y’all are going to come running back asking millions of questions.

We’re going to hire you.

Scott: Fine by me.

Porter: This is the best RT ever.

Not sure that’s the right word.

Cox: So sports is gone, the economy is making its final swirl before slipping down the drain and Marshall likes elite fake sports icons. What else did I miss?

Cox: His name is Faker and he plays a spurious sport.

Scott: I don’t know if it’s a sport or not, but put some respect on his name. He’s the best to ever do it.

Cox: I still don’t know what he does @Marshall Scott!!