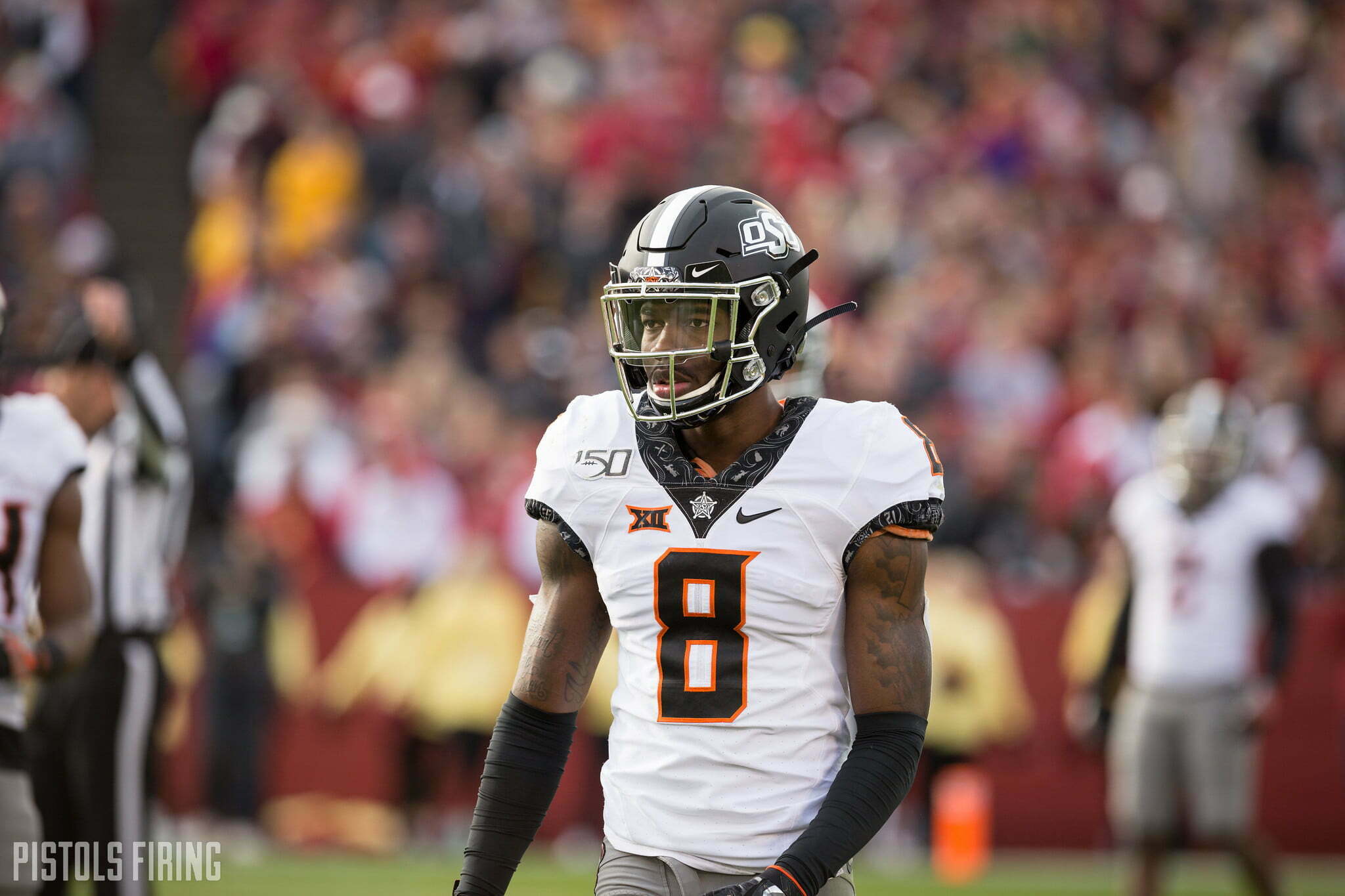 On Wednesday OSU cornerback Rodarius Williams was added to the Bednarik Award watch list, the school announced in a tweet.

In less than two weeks, that watchlist will be whittled down to a group of semifinalists. But the Cowboy cover man has been too good not to add, even this late in the process.

The Bednarik Award is presented by the Maxwell Football Club to college football’s Defensive Player of the Year. His inclusion is fitting because there aren’t many defenders in the country as good as Williams, regardless of position.

Through six games this season, Williams leads Oklahoma State with six pass breakups. Though he’s been a starter since his redshirt freshman season, Williams has taken a huge leap in his fourth year as the Cowboys’ top cover man.

Pro Football Focus recently tabbed Williams as the No. 5 breakout player of 2020, calling him “the stingiest corner in the country” after turning in a PFF grade of 80.8 through six games, up from his 65.4 last year.

The fifth-year senior has played 165 coverage snaps on the outside in six starts this season. He is allowing an astounding 0.18 yards per coverage snap, the best mark in the FBS. Quarterbacks are afraid to throw the ball his way, and when they do test him, Williams is more often than not breaking it up. He has had 14 targets when playing outside and has allowed just five catches while forcing seven incompletions. [Pro Football Focus]

That lockdown coverage has also earned Williams an invite to the Reese’s Senior Bowl.

“He’s been consistent,” said Mike Gundy on Monday. “He’s covered really well. In our defense, you have to be able to play man coverage a majority of the time. He’s adjusted with Coach [Jim] Knowles’ scheme.

“Each year he’s gotten better and better. He practices hard. Doesn’t say a lot, just competes. And he’s improved. He’s gotten better, and we feel really good about his ability to cover.”

The Bednarik Award semifinalists will be announced Nov. 30 and three finalists will be revealed Dec. 8. The award will be presented at the ESPN Home Depot College Football Awards Show that is slated from late December to early January.

No Cowboy has won the award which has been given annually since 1995, but Williams’ teammate Kolby Harvell-Peel was included on the original 2020 preseason watchlist for the award.