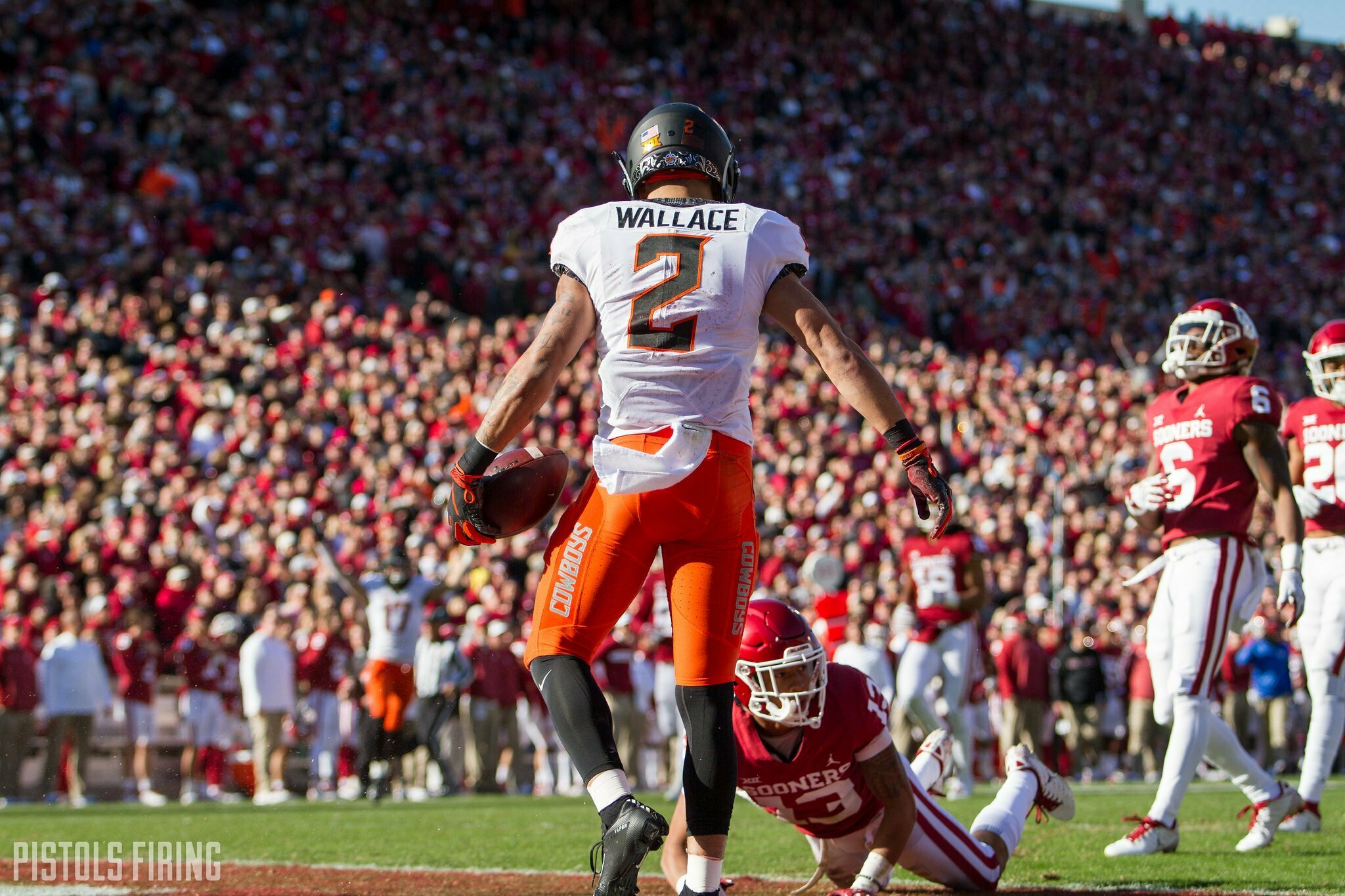 The Cowboys will be well represented in a premier postseason event this season.

Tylan Wallace, Rodarius Williams and Teven Jenkins have all accepted invitations to participate in the Reese’s Senior Bowl, Oklahoma State announced Wednesday morning. The event is scheduled to take place at 1:30 p.m. Jan. 30 in Mobile, Alabama, and can be seen on the NFL Network.

If all three do end up going, it will be the first time OSU has had three players at the event since 2008 when Adarius Bowman, Dantrell Savage and Julius Crosslin all represented OSU.

A.J. Green was the Cowboys’ only representative last season.

Wallace is the latest to come from the NFL wide receiver factory Mike Gundy and Kasey Dunn have built.

Despite playing in fewer games than anyone else in the top five, Wallace leads the Big 12 with 588 receiving yards. He was a Biletnikoff finalist in 2018 and was on track to contend for the award again in 2019 before an ACL tear ended his season.

Teven Jenkins has been a mainstay on OSU’s offensive line since his redshirt freshman season in 2017, blocking for some of OSU’s most explosive offenses to date. He received All-Big 12 honors in 2018 and 2019.

Williams has started 45 consecutive games entering this weekend. That trails only Russell Okung (47) for most consecutive starts from a Cowboy in program history. In his career, Williams has 161 total tackles, 4.5 tackles for loss, two interceptions, 26 passes defended and a bunch of times opposing quarterbacks refuse to look his way.

The Senior Bowl and its practices provide a platform for seniors from around the country to be further scouted by NFL teams.

There have been 49 former Cowboys attend the event. Here is a list of them.