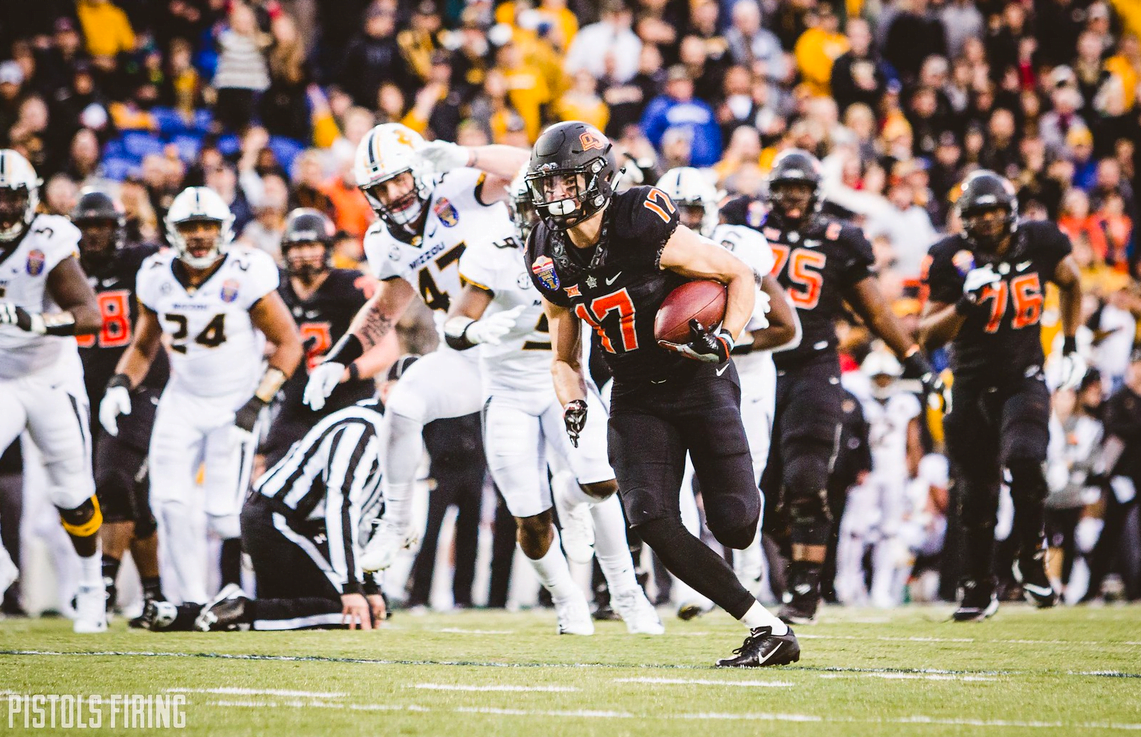 Mike Gundy and Co. have a track record of outperforming preseason expectations set before them. But that task won’t be as difficult in 2019 as in year’s past for one major reason: there’s not much in the way of expectations for this OSU team!

Preseason rankings have been trickling out throughout the spring and summer, and none have included OSU. The most recent omission came from college football preview-palooza-power-broker Phil Steele, who put Virginia Tech ahead of OSU at No. 25 and some other curious cases in the early 20s.

Here’s just a snapshot of his full rankings in the Nos. 15-25 range, where I’d feel safe slotting the Pokes this preseason.

Even slipping ahead in these rankings are TCU, Texas and Utah (!), which …. we’ll see. I’m not buying it.

According to a website that tracks preseason rankings to the final AP ranking and calculates the delta on an annual basis, OSU, since 2010, finishes on average 2.6 spots higher than its preseason projection. This only factors in years in which it began the season ranked, so it excludes 2018 and 2014. But it’s evidence enough that OSU has a chance to make preseason predictions like Steele’s and Sporting News’ silly in the near future.