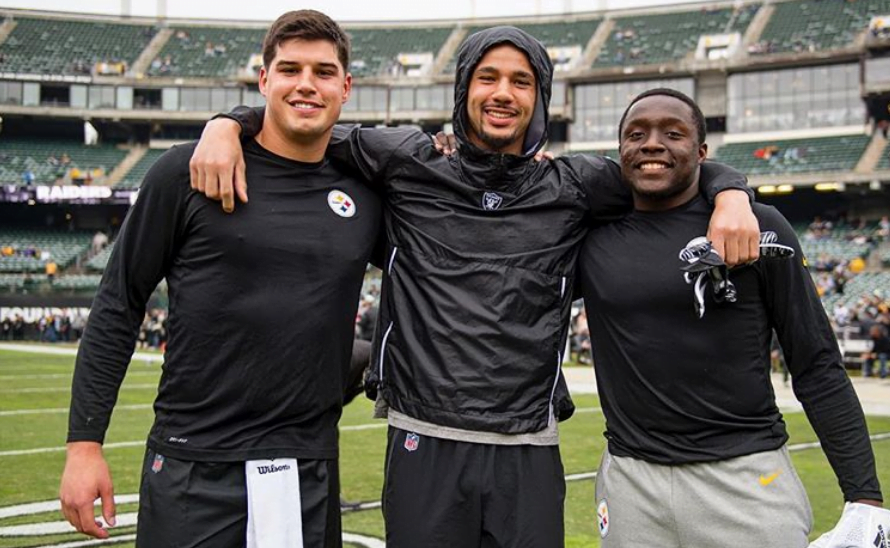 Brandon Weeden and Justin Blackmon were an iconic duo.

Zac Robinson and Dez Bryant were, too.

But I’ll be darned if there isn’t a more iconic aerial trio in recent OSU history than Mason Rudolph, James Washington and Marcell Ateman. They defined the OSU passing attack during their time in Stillwater before heading to the pros.

This past weekend as Oakland welcomed the Pittsburgh Steelers in for Week 14 of the NFL season, the trio got together to cheese it up like good times for a picture.

The Raiders knocked off the Steelers in the game this weekend and Marcell Ateman played the biggest role of the trio, catching three passing for 45 total yards on four targets in the 24-21 victory. Washington reeled in two of his four targets for 11 yards; Rudolph was not active.