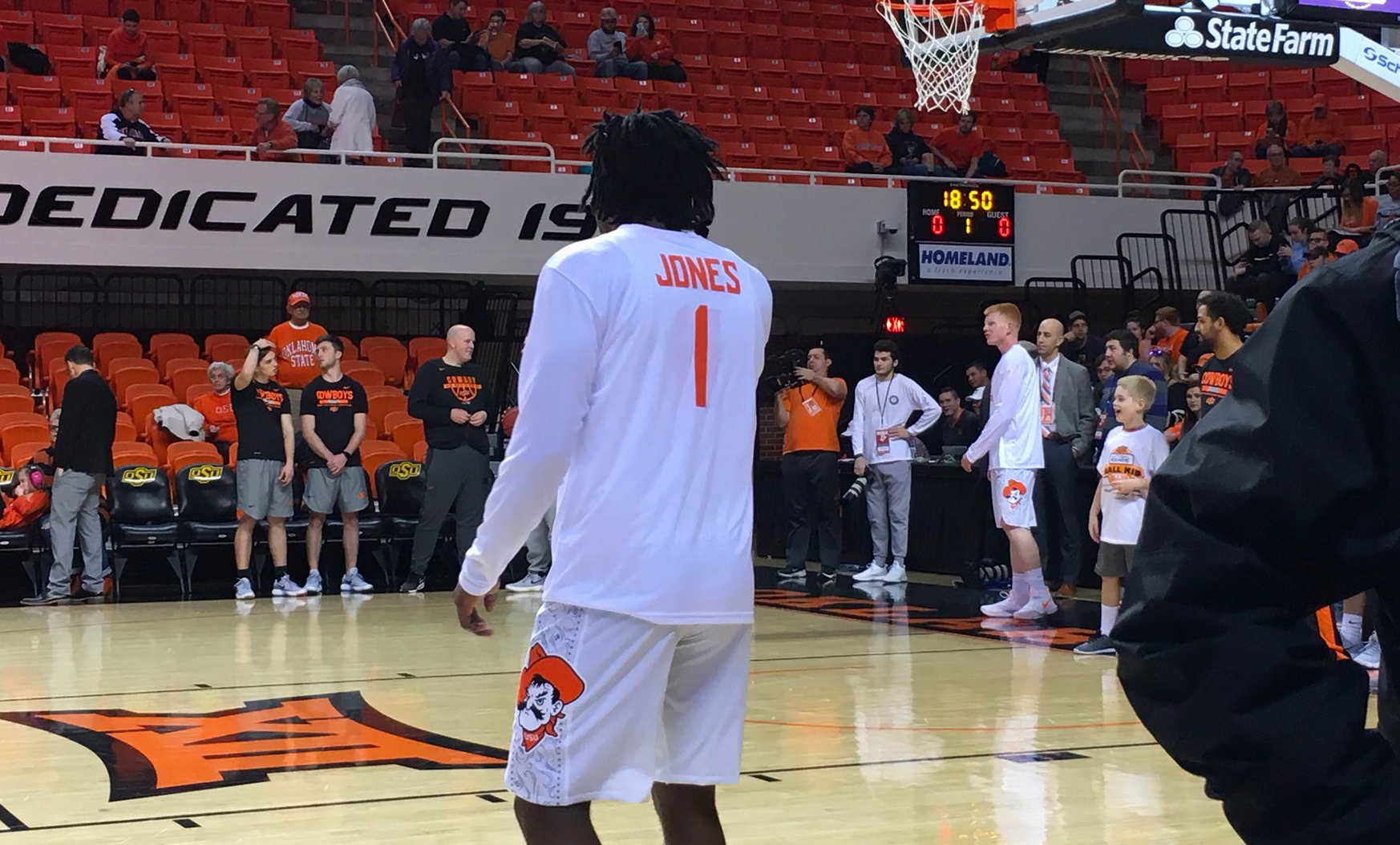 Oklahoma State came out of the tunnel on Saturday donning custom-made warmups with the name “Jones” on the back.

The shirts were made to pay tribute to Texas sophomore Andrew Jones who the school announced this week has been diagnosed with leukemia. He played just a total of just 50 minutes in December and January as he was in and out of the lineup.

The Cowboys will wear these special shooting shirts in honor of Texas guard Andrew Jones. We're behind you all the way, Andrew! #Big12Family #okstate pic.twitter.com/L1JScWCAzk

Jones, who is Texas’ second-leading scorer this season, has already begun cancer treatment and is out indefinitely.