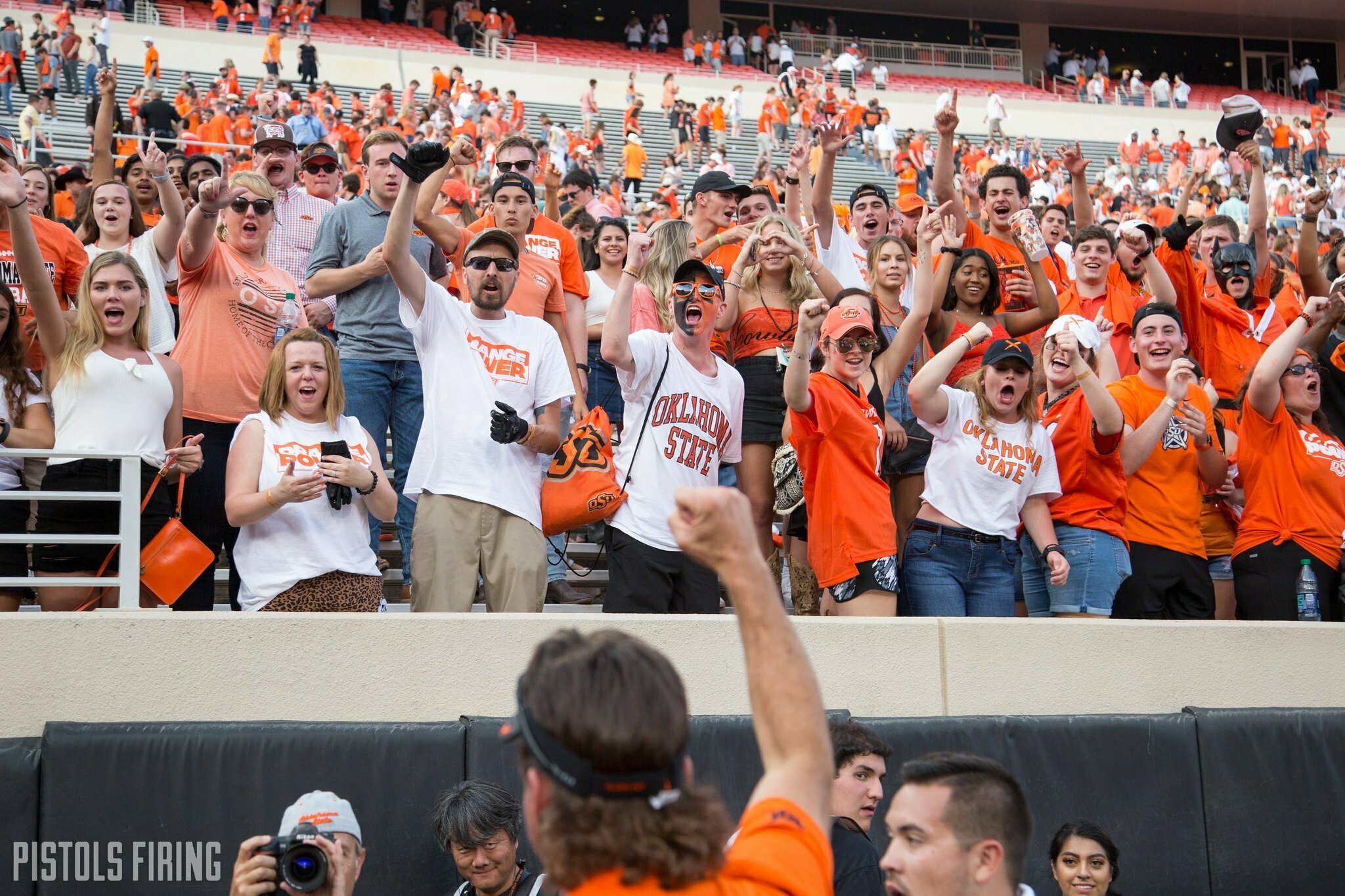 I’ve seen a lot of good ideas about the reduction of future athletic department expenses (and even temporary coaching salary cuts make some sense), but one idea that’s not very good was floated earlier this month: Coaching salary caps. Here’s a snapshot of that idea, which I read about recently.

1. Put a salary cap on coaches, starting with this stipulation: College head coaches must make at least $1 less than the school president. Why? Because the president is the leader of the school and because academics who hire school presidents are generally much more responsible with their money than wild-eyed, free-spending ADs in search of the next Nick Saban. This move alone would cut the salaries of top college head coaches from $5-10 million a year to about $1 million a year. If Saban wants to make more than $1 million a year, then let him go fail again in the NFL. [NewsOK]

Mike Gundy makes just over $5 million a year right now, which I know rubs some the wrong way. He’s overpaid! He doesn’t deserve it! Beat OU one time! I disagree. Mike Gundy is actually underpaid, he does deserve it and … ok, yeah he does need to beat OU more than twice in a decade and a half.

The part about college football that we miss when we talk wins and losses — and I’ve been hollering about this for years — is that while OSU as a school and Mike Holder as an athletic director certainly care about wins and losses, they also have a budget to balance. Gundy — this is going to sound strange — represents a safe option for them. The known commodity that makes a ton of money. OSU fans (rightly) love Gundy because he’s won a lot, he’s a character and Saturdays in BPS are fun as hell. Know what that means? A lot of season ticket sales and a lot of money exchanging hands.

It’s impossible to parse out the numbers, but Gundy is worth a lot more than $5 million. If you made, say, me the head coach at OSU, the football team would still bring in a lot of money because of its TV contract and bowl money from the conference, but the loss after going 0-12 in a season would be far greater than $5 million from ticket sales, concessions and everything else that goes along with having a thriving program.

This is like saying Steve Kerr should make less money than whoever the team president for the Warriors is. If that’s what the market has demanded, then let it be, but it’s not so don’t coerce something into place that hasn’t sorted itself out within the market. That is, the market tells me it’s easier to find a new Burns Hargis than it is a new Mike Gundy so why would you artificially upend that?

Whether or not I personally believe that’s true, the economics of the situation tell me that it is. It doesn’t really matter what I believe.

This gets at the heart of the broken model of college athletics though. When we pretend like the football part isn’t a business that’s subsidizing everything else, we talk ourselves into silly ideas like deflating the market value of the most important employee within an athletic department. The leader of the portion of the program that’s floating all of the other sports.

There are plenty of ways to save money — and Gundy taking a huge pay cut for a year or two may even be one of them — but to suggest that suppressing the market on the very thing that allows the rest of your organization to thrive is certainly not one of those ways.