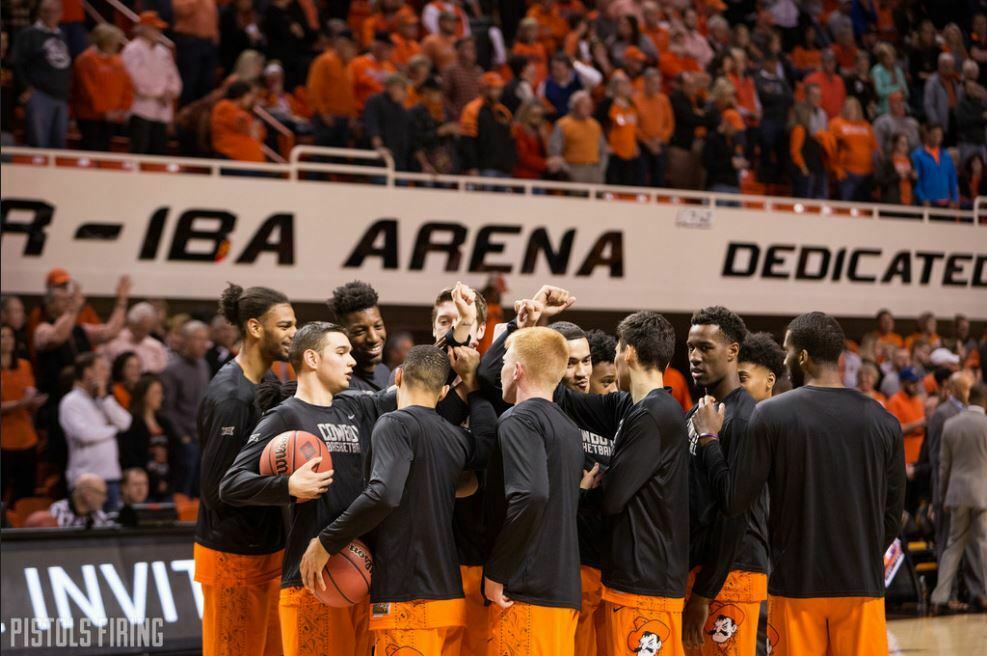 Oklahoma State’s 2017-18 season ended just over a week ago, but that’s not stopping us from looking ahead.

This year was definitely better than anyone — other than maybe Coach Boynton — could have expected. It’s left Cowboy fans with a good feeling about the program and it’s future. So much so, that fans are already expecting even better second year under Coach Boynton.

Do you think #okstate will be better or worse in Year 2 of Mike Boynton?

That’s a landslide to me. Of the 1,504 people who voted 1,128 believe that OSU will be better next year than they were this year.

“Losing Mitch, Jeff, and Kendall. We have no point guard and will be soft as soft in the front court. I am extremely positive for the long term but just not for next year.” – Adam

“Worse. Not a reflection on the staff, the team just loses a ton of scoring and its ‘do everything’ MVP. Maybe there will be another Smith out there that grad transfers in.” – Below_the_cheddar_curtain

“It depends on who coach brings in. This years group was a wonderful example of a team that was more than the sum of its parts, they had really good chemistry. If you get a few more guys that have talent and size than I think better. All about recruiting though” – Matt Schmidtz

I go back and forth on whether or not OSU is better or worse next season. It really depends on who Boynton brings in during the offseason. I believe he can land some solid grad transfers and we know he can develop players. Look at Smith from the beginning of the season to the end. Look at Mitchell Solomon’s jump from his sophomore season to his junior and senior years.

I think it’s just as likely OSU takes a big step forward next season, as it is they take a half-step back. A lot will happen between now and then. What I think we can all agree on, is that the basketball program looks to be in good hands for the foreseeable future.