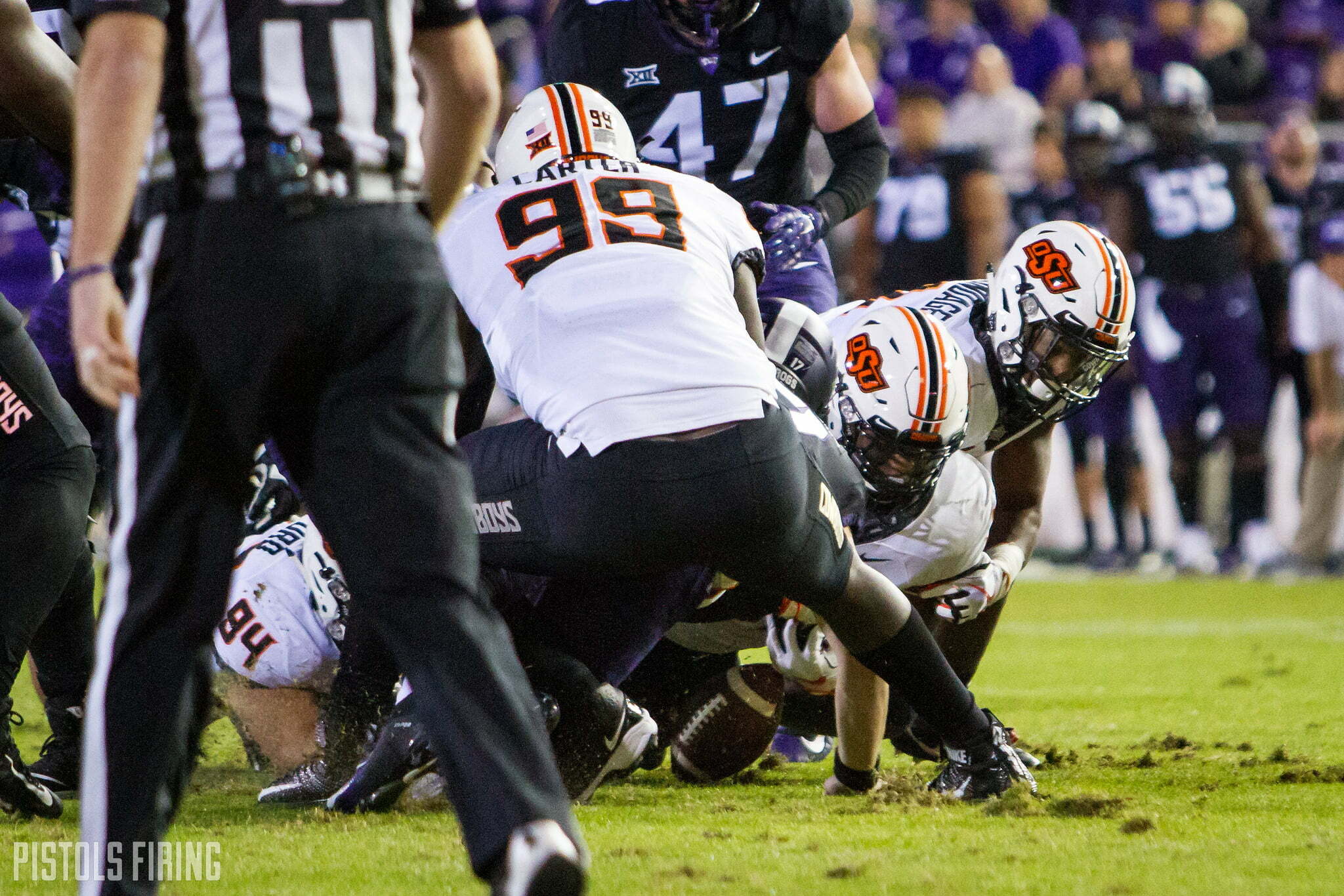 The 2018 season hasn’t concluded yet, but with a possible Lockheed Martin Armed Forces Bowl game against Tulane on deck, it might be time to spin things forward to 2019 a bit. Let’s take a look at five questions I have about Oklahoma State football for next season.

In my mind this was the most underrated, least talked-about reason OSU went 6-6 in 2018. I talked to Nathan Ruiz from the Oklahoman for a while about this at the TCU game, and I found myself more and more incredulous as the conversation went on.

Oklahoma State has to create two turnovers in whatever bowl game they play, or this will go down as the fewest TOs ever created under Mike Gundy for a full season. They are currently 114th (!) in the country in TOs created. They’re 120th in plays per turnover created at one every 74.5 defensive snaps. Atrocious.

Say whatever you want about Glenn Spencer, but his defenses produced at least 24 turnovers in all but one season while he was there. Jim Knowles gets a pass (I guess) in year 1, but that needs to change in 2019.

I know nothing, but I did watch and listen to every Mike Gundy press conference this season. And he went about as far as I’ve seen him go in criticizing coaches publicly saying things like, Our coaches have to be better prepared and It’s not just the players. He always threw himself in there — as he should have — but I wouldn’t be surprised to see a few pieces move around over the next few months as we get into footballscoop.com SZN.

I know who No. 3 is, but I’m talking about the third receiver in what is somehow becoming a deeper WR crew in 2019. Obviously the Tyron-Tylan combo are Nos. 1 and 2, and Dillon Stoner seems a logical choice to be third behind those two, but we aren’t accounting for C.J. Moore, Braydon Johnson, LC Greenwood, Landon Wolf, Jonathan Shepherd and Patrick McKaufman.

Obviously Stoner is the most trusted out of that crew, but is he the most talented? And with Tyron and Tylan doing Tyron and Tylan things, does it even matter? The wide receiver room at OSU is always intriguing, and it appears Kasey Dunn has put together another James Washington-Marcell Ateman-Jalen McCleskey-Chris Lacy type group for 2019.

Oklahoma State gets Oregon State, McNeese State and Tulsa as their pre-conference appetizers and then, boom, off to Austin and a Texas team that folks will undoubtedly be trying to rank No. 0 or even No. -1 in the country. Sam Ehlinger will be in his 22nd year at the helm, and Mike Gundy and Tom Herman will rumble with hemp nunchucks at some vegan smoothie joint before the game.

But after all that, I wonder if Oklahoma State will be ready as a team for that first conference game. There’s the issue of getting a new QB ready in three games for an environment in which Mason Rudolph could only produce 13 points in, essentially, five quarters of football. The on ramp to Big 12 play hasn’t been kind to the Pokes in the last few years (three straight Ls), and it’s not going to get easier come 2019.

5. When Does Gundy Name Sanders the Starter?

Does he do it on Signing Day? The spring game? Or does he let it go all the way until the week of the first game against the other other OSU? I would think the earlier the better for OSU (although the later the better for PFB!), and I presume it will probably happen in the spring. Who knows, though. I would believe literally anything you told me about Gundy and future quarterback decisions.