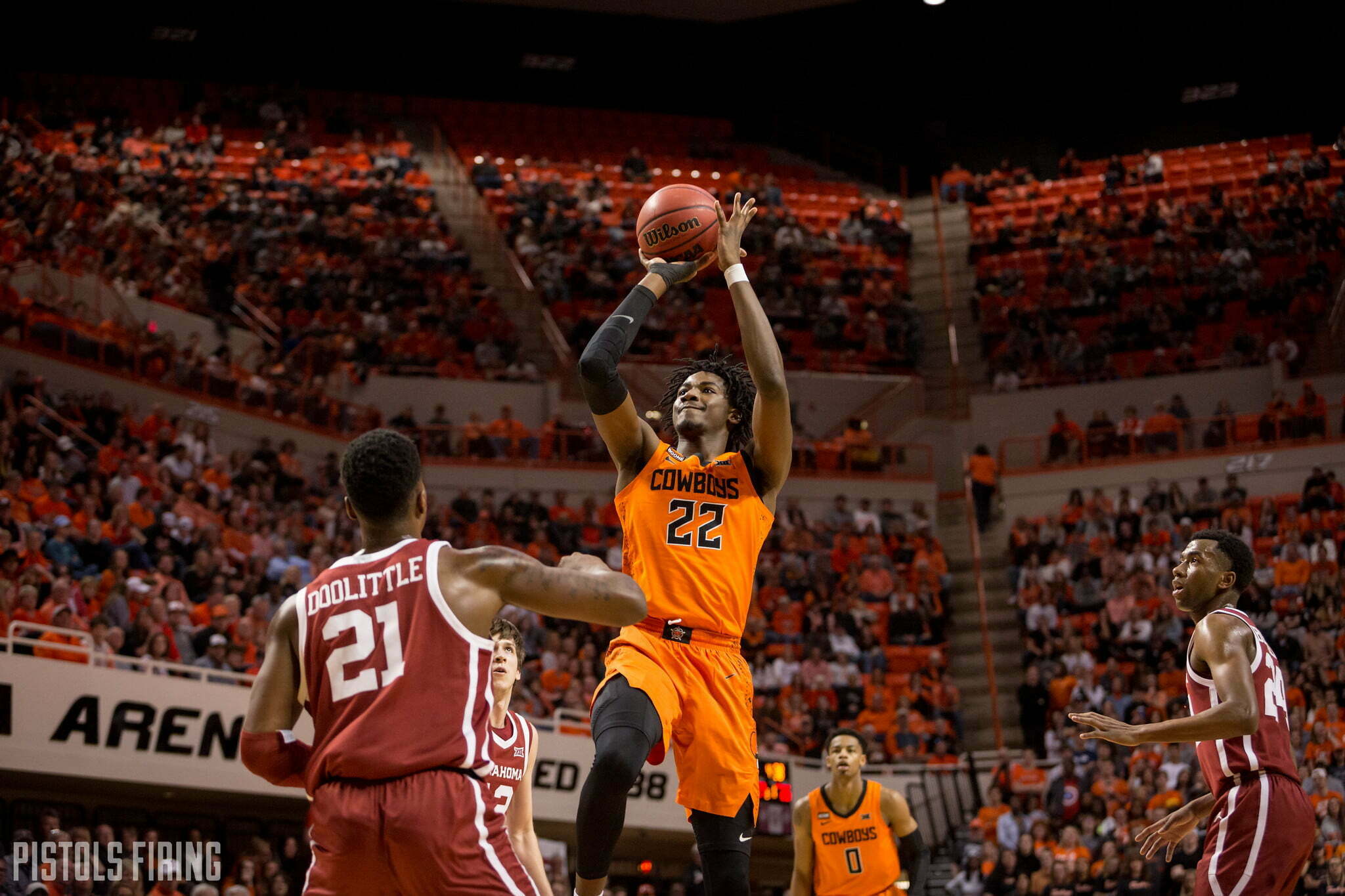 With junior college center Bernard Kouma committing to Oklahoma State on Monday night, OSU coach Mike Boynton has now used 13 of his 13 scholarships, and (COVID permitting), the Cowboys are barreling toward a highly anticipated season.

In March, I went over possible starting lineups if the Cowboys’ seniors from last season were permitted to return. Well, a lot has changed since March. Those seniors aren’t returning, OSU has added a few more pieces, and Yor Anei and Hidde Roessink entered the transfer portal.

To start, here is the roster:

In my opinion, there are three nonnegotiable starters here in the heat of the summer: Cunningham, Likekele and Kalib Boone.

Also, though I usually don’t like overhyping a player before he has proven anything at the college level, I think Matthew-Alexander Moncrieffe has a favorable shot at starting at power forward. Keylan Boone could potentially have something to say about that, but he played and guarded on the perimeter for most of his freshman season.

Another interesting thing to see develop will be the stockpile of off-ball guards Boynton has. Flavors, Harris, Donovan Williams, Bryce Williams and Rondel Walker. Who is going to emerge out of that group? I don’t know. I’ll give the edge, here on July 1, to Flavors based solely off experience, but that competition will be a fun one to watch.

So, I have two proposed starting lineups. A caveat I’ll add is that the following could be interchangeable:

To me, this might be the most fun group to watch. Cunningham, Likekele and Keylan Boone are all matchup nightmares on the perimeter, especially defensively. If a team has two guards who are 6-2 or shorter, good luck not getting engulfed by that group.

On the offensive end, this group brings a lot of versatility with likely everyone able to get into the post against their matchup and everyone apart from Kalib Boone capable of handling the ball on the perimeter.

Floor spacing could be an issue with this group. Cunningham, Keylan Boone and Moncrieffe are all capable 3-point shooters, and it’s something Likekele is working on. However, I could see their being stretches when the 3s just aren’t falling and defenses are able to sag into the lane.

This group spreads the floor a little more with at least one defender having to chase Flavors around the perimeter.

It could sacrifice defense a little more. I’m honestly not sure about Flavors’ defensive prowess, but you’d have to think subbing a lanky 6-8 player for a 6-3 guy would be beneficial for opposing offenses.