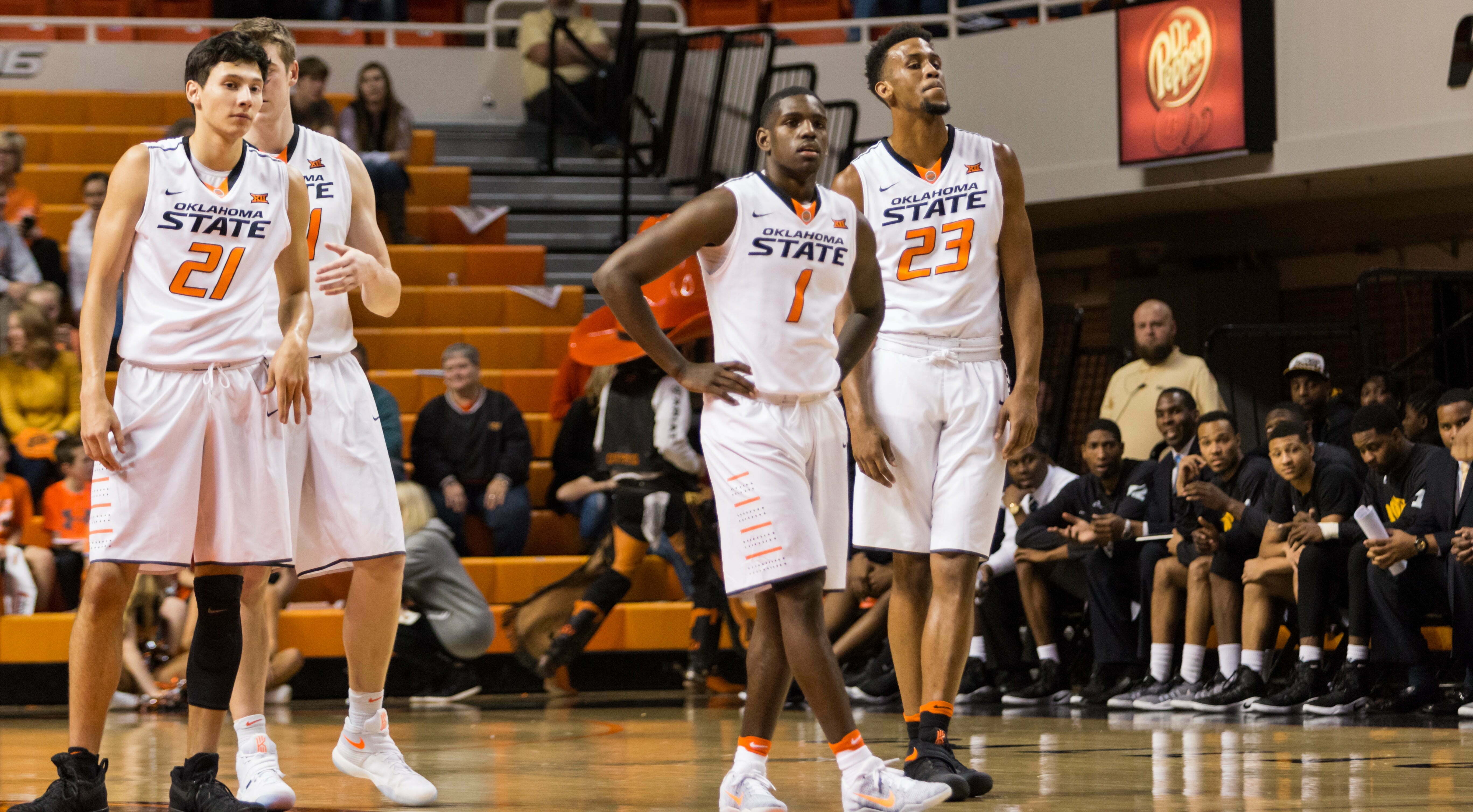 Coming off a 76-73 win against OU last week, Wichita State gets its second straight Big 12 team from Oklahoma as Oklahoma State (8-2) travels to Wichita (albeit not the Shockers home arena) to take on Gregg Marshall’s 9-2 Shockers.

Wichita State has a similar resume to the Pokes so far. It has beaten the teams it was supposed to beat and lost to Louisville and Michigan State. Let’s take a look at this matchup as each squad tries to score a top-notch December win before conference play starts.

Wichita State is No. 18 in the KenPom rankings. Oklahoma State is No. 46. This is a really good matchup of two underrated teams. Pomeroy has it as one of the 10 best matchups of the day. Brad Underwood mentioned it, but these two teams are similar in how deep they are. Look at the bench minutes rankings here. Shockers are No. 1. OSU is No. 9 in percent of bench minutes played.

Should we be concerned that Wichita State beat Tulsa by 30?

1. Can OSU get offensive boards? Oklahoma State is No. 11 in the nation in offensive rebounding percentage. The Pokes grab nearly 40 percent of all misses on the offensive end. That’s part of Underwood’s volume shooting strategy. It could be thwarted by Wichita State, though, as the Shockers are No. 11 in the nation in not allowing opponents to get offensive rebounds. This is definitely something to keep an eye on as the game progresses.

2. Who is the Shockers’ dude? Wichita State has 10 (!) players that average five or more points per game. Ten! This is a great formula, but only one of its players (Markis McDuffie) made the preseason All-Missouri Valley first or second team. I wonder when the chips are down who gets the ball. This should be a close game, and OSU has a go-to guy in Jawun Evans. Does Wichita State have that guy as well?

3. Phil Forte’s “slump.” I’m not sure Phil Forte is in an actual slump, but it is certainly a Phil Slump. His effective field goal percentage of 47.7 percent is not very good so far. It’s the worst he’s shot from the field since his freshman year. For reference, his effective FG percentage his sophomore year was 60 percent. This has come against bad teams as well. He needs to break out of it to give OSU one of the scoring arms it needs to win big games like this one.

• Freshmen are responsible for 40.5 percent of OSU minutes this season.

• Jawun Evans is the only player in the country to rank among the top 25 in scoring and the top 15 in steals.

• Saturday’s meeting with Oklahoma State will mark the seventh-consecutive year that WSU has played downtown and the team’s third consecutive downtown sellout.

• Gregg Marshall is 4-2 against Big 12 opponents in 10 seasons at WSU with four straight win.