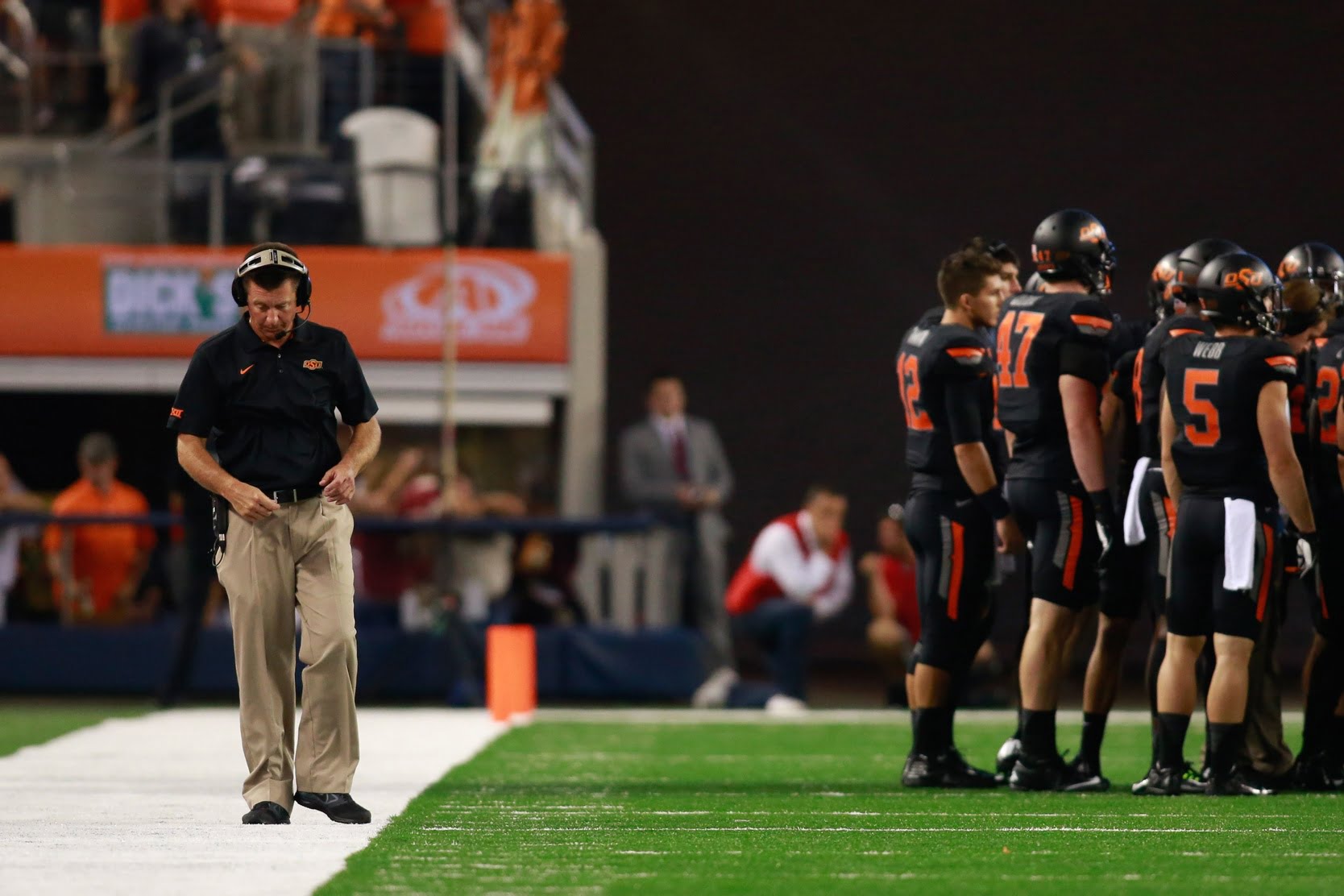 As OKC Dave mentioned earlier this week, the most memorable visit from Missouri State to Stillwater came back in 1996. Back then, they were known as Southwest Missouri State and OSU was known as “terrible at football.”

It was a dark time when nonconference games like this were only available over the radio and radios took up entire rooms. I think that’s right. My memory is a little fuzzy.

Anyway, if I’m not mistaken that was the first overtime game played in college football, as the new overtime rules were instituted that season and that was Week 1.

So to recap, less than 20 years ago it took overtime for this program to beat a 1-AA team who failed to make the playoffs. Later that season, Texas hung 71 on the Cowboys and officially turned them into the ashes Alonzo Mayes and RW McQuarters would then rise out of.

Last week, the Bears started strong with a thrashing of Northwestern State by an entire seven points. (Not a misprint). After such a shellacking, you can imagine how confident Missouri State must be. “Not just anyone can complete 11 passes in a single game against the Demons” you might hear someone associated with their team exclaim.

This week, the Demons continue their Bear tour of playing all Bears all the time by taking on Baylor. So, we’ll be able to use the always accurate method of comparing like-opponents to determine how teams compare.

I’m assuming we’ll discover the OSU-Baylor game coming later this season will be an estimated 95-90.

I haven’t looked into it, but I’m assuming Missouri State’s coach is named Berenstain. Only so I can make the following obvious joke:

This Saturday, enjoy Berenstain’s Bears latest adventure as they learn a valuable lesson about controlling the line of scrimmage.

Thanks for indulging me.

Kierra Harris, senior quarterback. He’ll be making his 15th start, he has a fantastic photo in his bio and, most importantly, his name makes him sound like a failed PG on a Travis Ford team.

“That Kierra Harris had a lot of promise but never panned out. Real shame he transferred after his sophomore year.” See? Fits perfectly.

That sounds impressive until you realize that they threw the ball another 18 times. This guy can only get open 22 percent of the time? Stats don’t lie.

Caleb Schaffitzel, senior safety. He was the only All-Missouri Valley selection on defense last season for the Bears and his last name sounds like a side dish at a German restaurant.

Next time, try substituting Schaffitzel for the German potato salad and thank me later.

Remember last week when we talked about how upsets sometimes happen. That remains true, but miracles are a little more rare. Missouri State pulling this off would be on par with Boone heading down to the field and parting the turf so he could cross to the other side.

The Bears do have some bits and pieces. For the past few seasons, they’ve gotten the unparalleled experience of playing against North Dakota State, who wins titles annually. Last season, they didn’t even lose by that much.

Even better, Missouri State is on pace for what surely would be an NCAA record. They’re averaging an incredible 20 points per 4th quarter. So, stay tuned, Cowboys fans. No lead is safe!

Because Tyreek Hill looks like a superstar against the No. 1 team in the nation, which means he’s likely to look superhuman against the FCS. 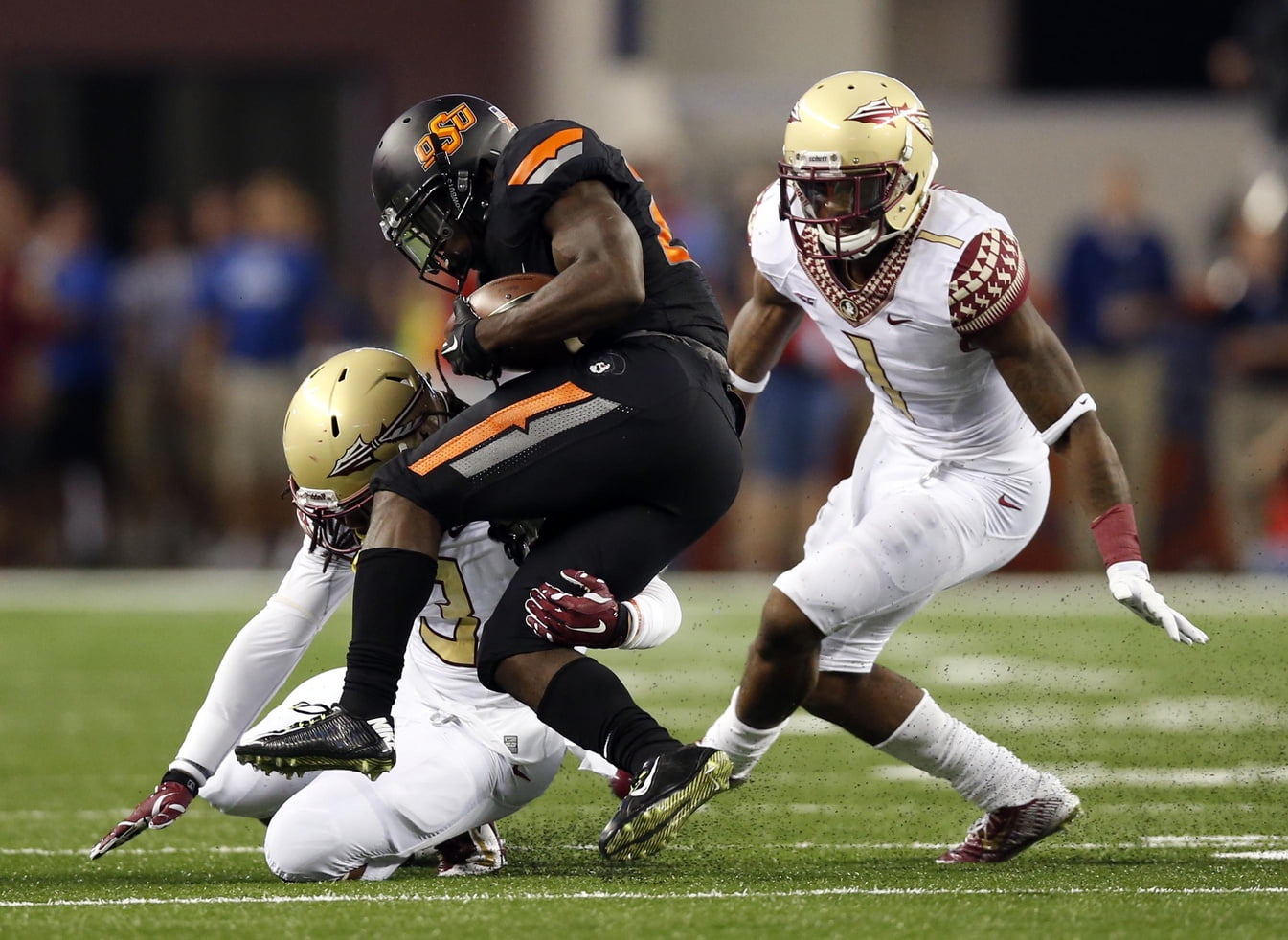 Because OSU’s defensive line is frightening. For maybe the first time ever, I’m not concerned that a mobile QB like Harris might escape the pocket repeatedly to convert 3rd and laughably ridiculous.

There are plenty of reasons why Oklahoma State might win and why they should win. If they don’t win, there’s a reasonable chance that this blog might burn down by Sunday.

It’ll be sad, but surely Kyle has blog insurance in case of tragic upset.

Perhaps the best reason that OSU is likely to win, and win big, on Saturday is because Daxx is destined to play eventually. His legend has steadily grown the longer he’s sat on the sidelines and it’s time for him to take the field up a few scores and infuriatingly hand off again and again while Gundy laughs at all of us.

Personally, I can’t wait to see it.